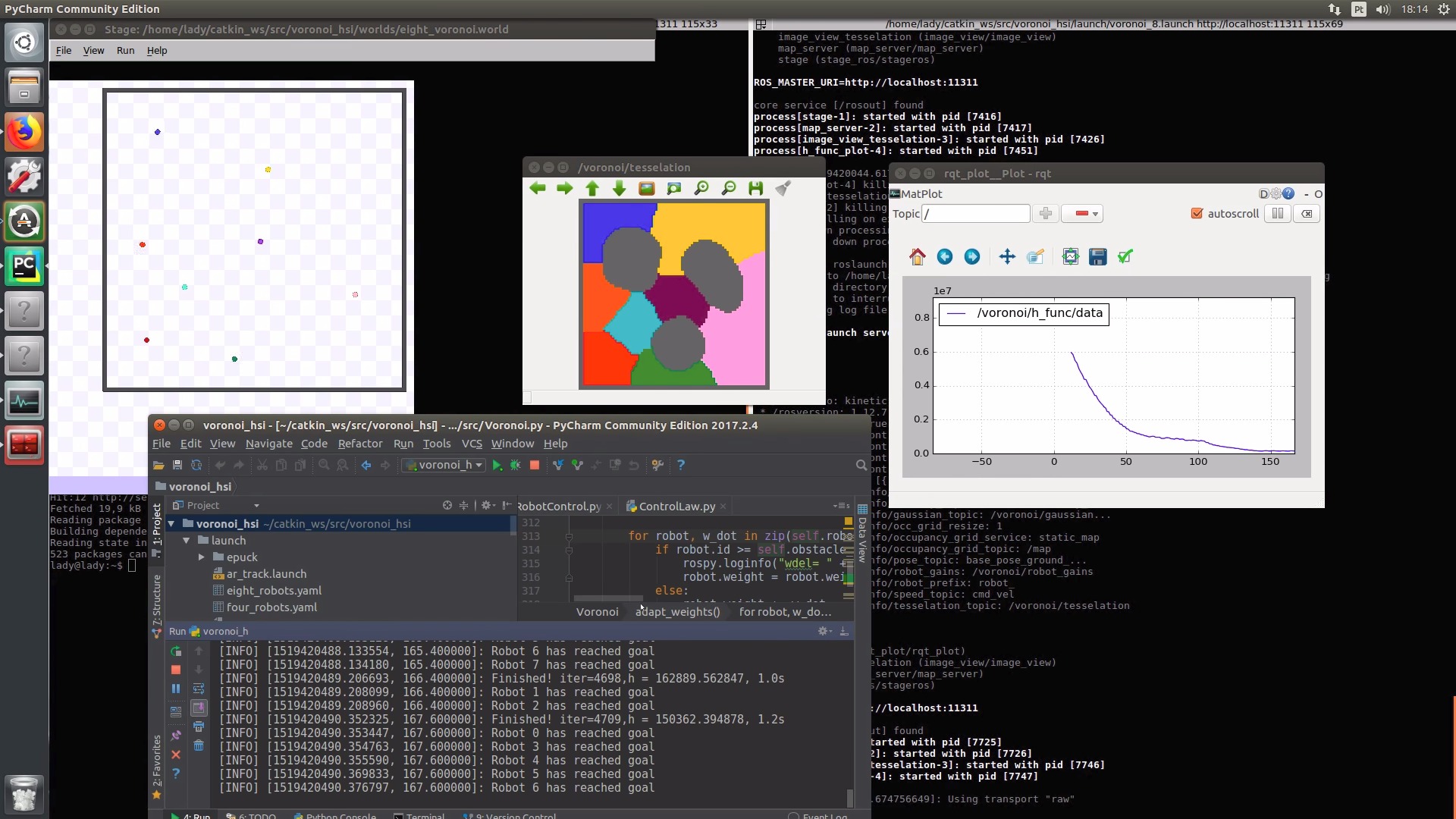 This is a ROS implementation of a multi-robot coverage control strategy based in for the paper Voronoi Multi-Robot Coverage Control in Non-Convex Environments With Human Interaction in Virtual Reality to address coverage in non-convex environments and adapt to performance variations.

It also has an add-on software for Unity that allows humans to interact with the robotic swarm, influencing their coverage task: Voronoi Unity Teleoperation

Download the code, place it on your catkin environment, compile it using catkin_make and run using:

If you want to use real robots (epucks) instead of simulating it on Stage, you will need the driver gctronic/epuck_driver. Run it using:

This application can run standalone, but it can also run integrated with a VR application, which allows users to interact with the robotic swarm in the coverage task.

This project is distibuted under the BSD 3-Clause License.

If you found this code useful for your scientific research, please remind to cite the paper that originated this code implementation: