This repository hosts the code for Stanford Pupper and Stanford Woofer, Raspberry Pi-based quadruped robots that can trot, walk, and jump. 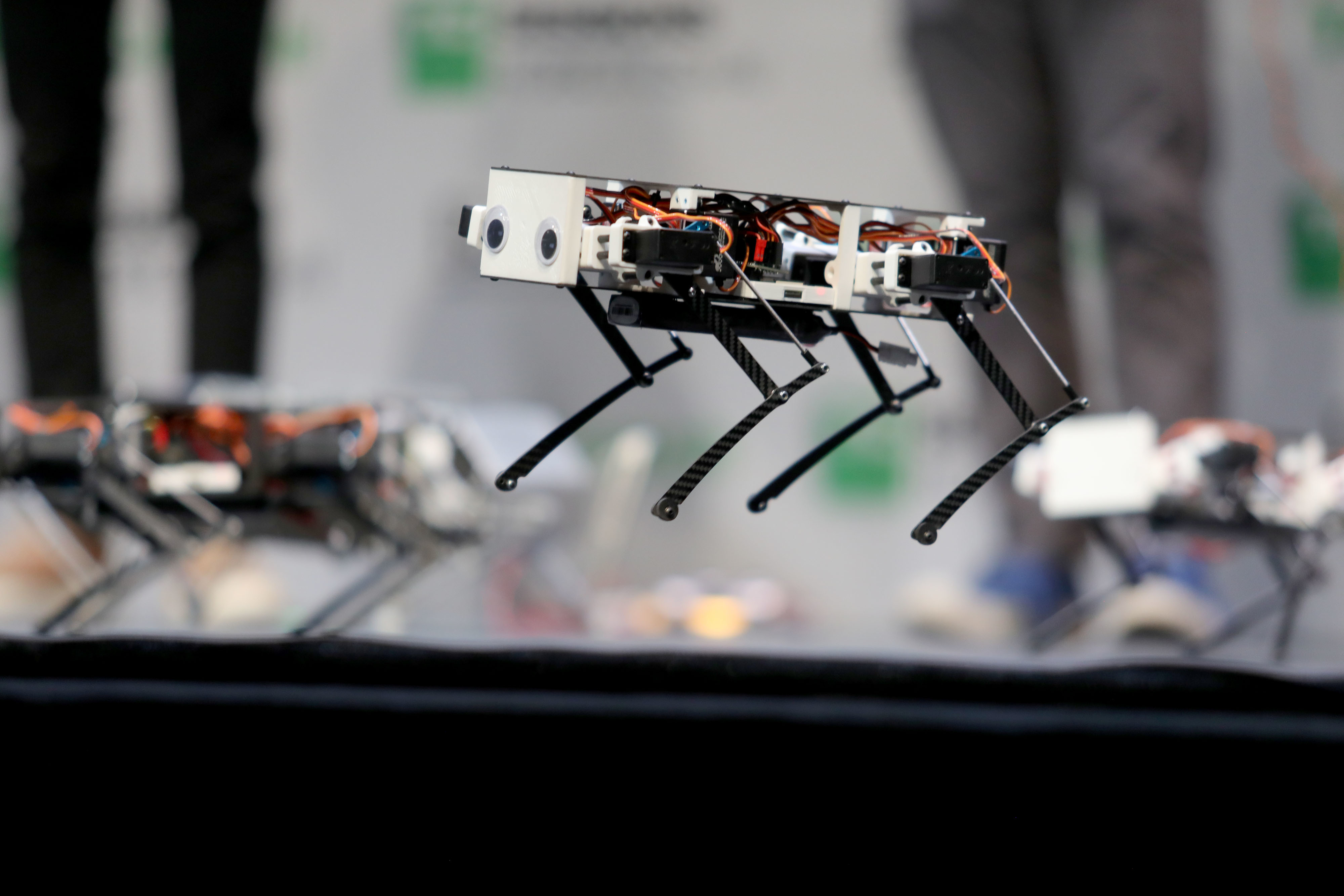 Video of pupper in action: https://youtu.be/NIjodHA78UE 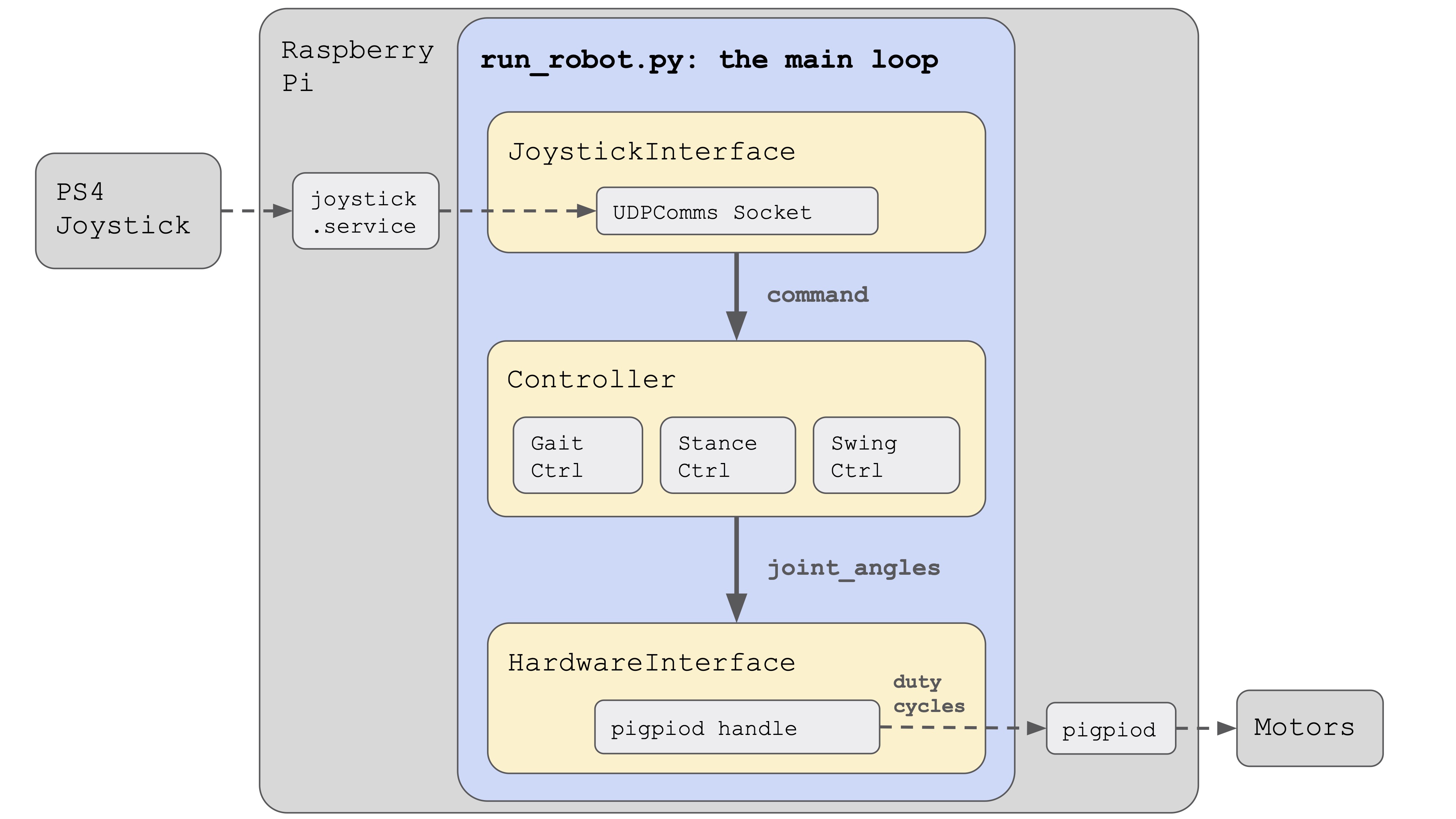 The main program is run_robot.py which is located in this directory. The robot code is run as a loop, with a joystick interface, a controller, and a hardware interface orchestrating the behavior.

The joystick interface is responsible for reading joystick inputs from a UDP socket and converting them into a generic robot command type. A separate program, joystick.py, publishes these UDP messages, and is responsible for reading inputs from the PS4 controller over bluetooth. The controller does the bulk of the work, switching between states (trot, walk, rest, etc) and generating servo position targets. A detailed model of the controller is shown below. The third component of the code, the hardware interface, converts the position targets from the controller into PWM duty cycles, which it then passes to a Python binding to pigpiod, which then generates PWM signals in software and sends these signals to the motors attached to the Raspberry Pi.

This diagram shows a breakdown of the robot controller. Inside, you can see four primary components: a gait scheduler (also called gait controller), a stance controller, a swing controller, and an inverse kinematics model.

The gait scheduler is responsible for planning which feet should be on the ground (stance) and which should be moving forward to the next step (swing) at any given time. In a trot for example, the diagonal pairs of legs move in sync and take turns between stance and swing. As shown in the diagram, the gait scheduler can be thought of as a conductor for each leg, switching it between stance and swing as time progresses.

The swing controller picks up the feet that just finished their stance phase, and brings them to their next touchdown location. The touchdown locations are selected so that the foot moves the same distance forward in swing as it does backwards in stance. For example, if in stance phase the feet move backwards at -0.4m/s (to achieve a body velocity of +0.4m/s) and the stance phase is 0.5 seconds long, then we know the feet will have moved backwards -0.20m. The swing controller will then move the feet forwards 0.20m to put the foot back in its starting place. You can imagine that if the swing controller only put the leg forward 0.15m, then every step the foot would lag more and more behind the body by -0.05m.

How to Build Pupper

You can find the bill of materials, pre-made kit purchasing options, assembly instructions, software installation, etc at this website.