A web app to improve writing skills in any language. 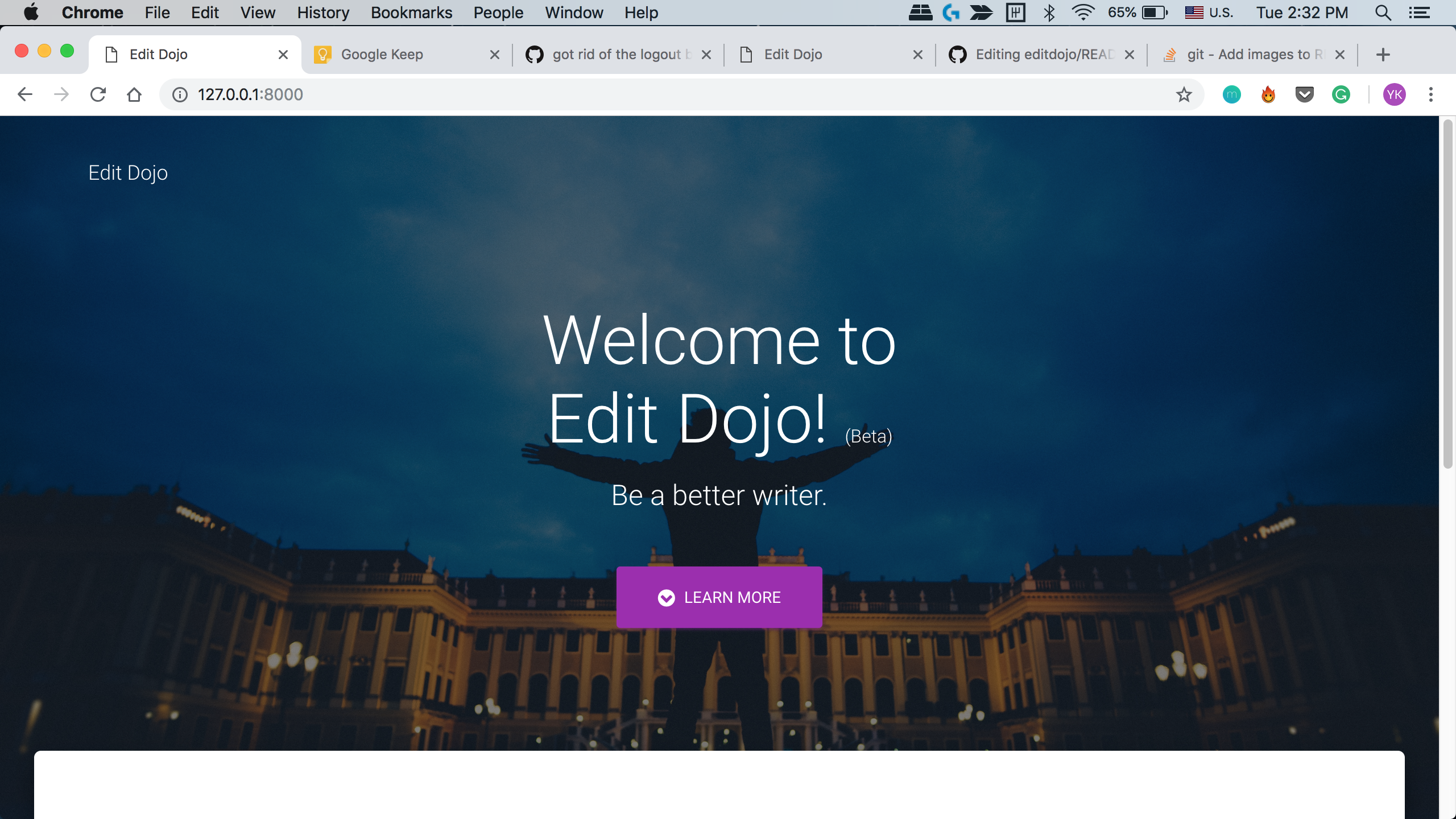 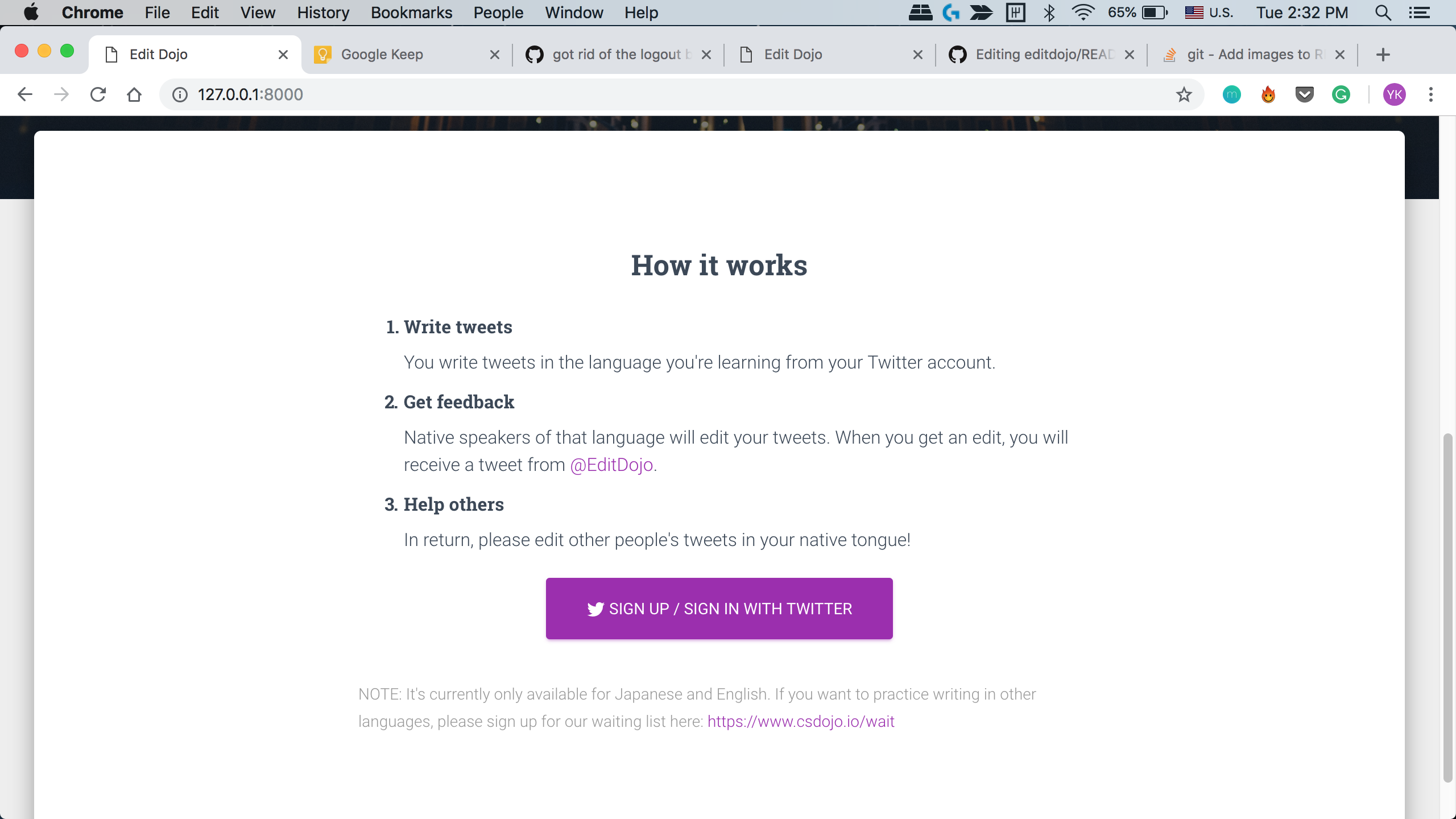 The inspiration for this came from the lack of these kind of resources. You can find a ton of resources to master reading, listening or speaking a language. But when it comes to writing, there simply aren't much.

The app will function in these steps:

Initially the app will be based on twitter, that is, users will be editing tweets. Eventually, you will able to use this app without using Twitter at all!

If you'd like to get an email when this website/app is ready, please sign up to our waitlist here: https://www.csdojo.io/wait

We would need following installed in our system before we start with setting up the project in local machine.

For this, first, set up your environment variables.

You can take a look at .bash_profile_sample on how to set them up.

This is a part of the series of YouTube videos demonstrating how to build a real startup using Python and Javascript. Useful resources for this project:

The project was started by: YK Sugi. He's the guy who's running CS Dojo, a programming education YouTube channel.

If you have any questions related to this project, please contact him on our Slack group.

(I'm no longer working on this - currently working on https://github.com/ykdojo/csqa)