Here is an example how all the GitHub repos play together: 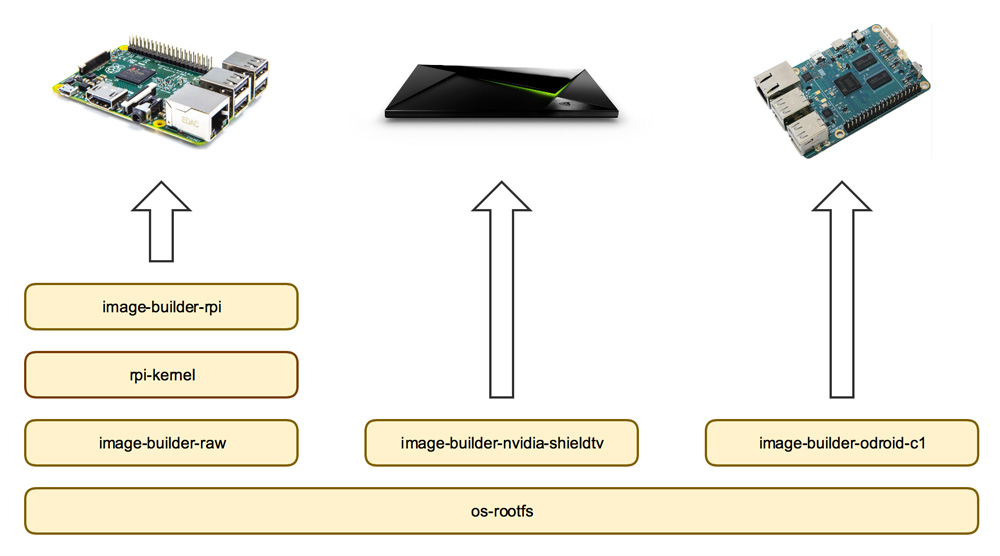 You can contribute to this repo by forking it and sending us pull requests. Feedback is always welcome!

You can build the SD card image locally with Vagrant.

Make sure you have vagrant installed. Then run the following command to create the Vagrant box and use the Vagrant Docker daemon. The Vagrant box is needed to run guestfish inside. Use export VAGRANT_DEFAULT_PROVIDER=virtualbox to strictly create a VirtualBox VM.

Check you are using docker from inside vagrant

From here you can just make the SD card image. The output will be written and compressed to hypriotos-rpi-dirty.img.zip.

To test the compressed SD card image with Serverspec just run the following command. It will expand the SD card image in a Docker container and run the Serverspec tests in builder/test/ folder against it.

Now flash the SD card image and boot up a Raspberry Pi. Run the Serverspec integration tests in builder/test-integration/ folder against your Raspberry Pi. Set the environment variable BOARD to the IP address or host name of your running Raspberry Pi.

This test works with any Docker Machine, so you do not need to create the Vagrant box.

After that open the GitHub release of this version and fill it with relevant changes and links to resolved issues.