An open source application built using the new router, server components and everything new in Next.js 13.

Warning This app is a work in progress. I'm building this in public. You can follow the progress on Twitter @shadcn. See the roadmap below. 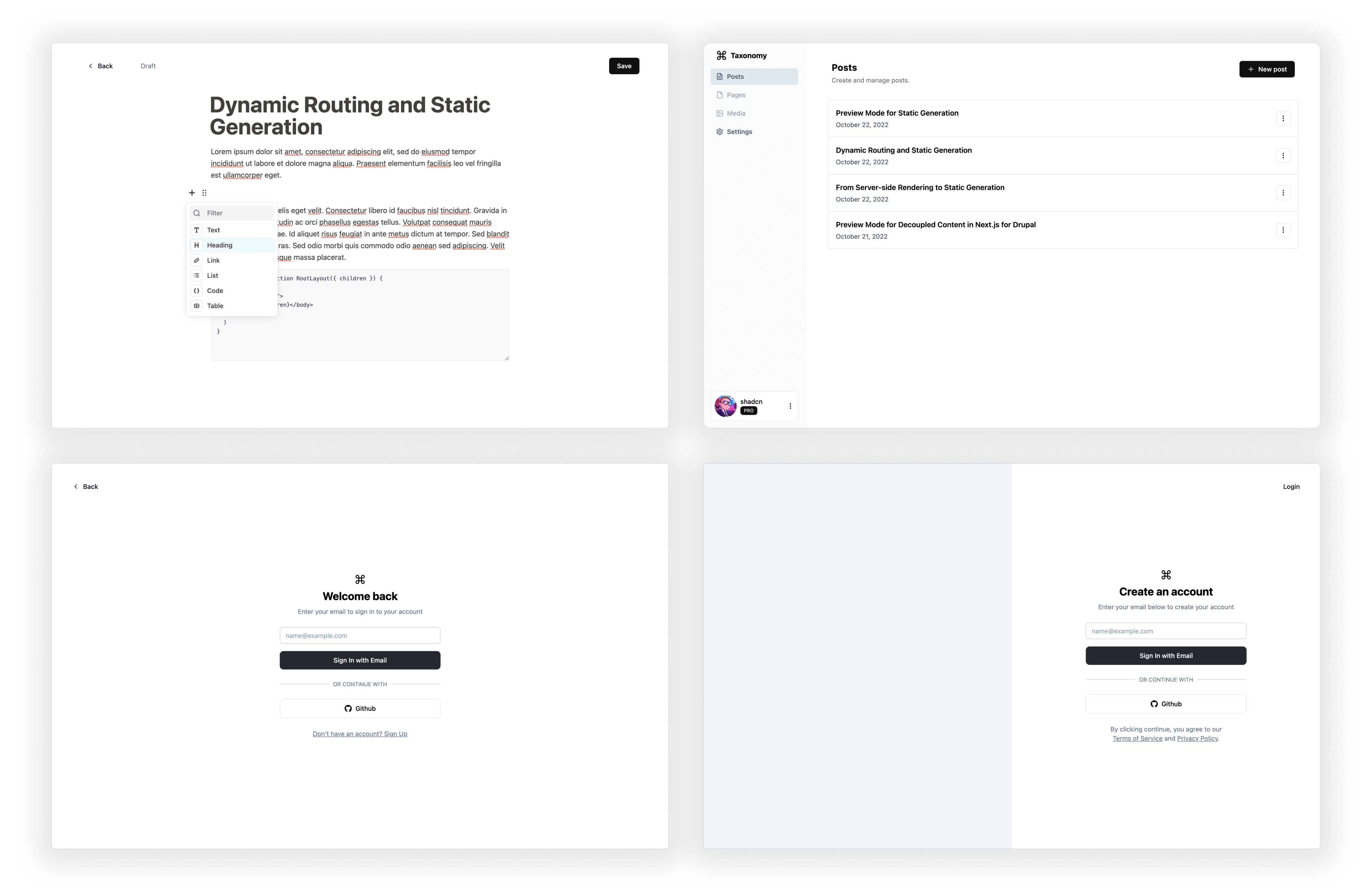 Right now, I'm using this project as an experiment to see how a modern app (with features like authentication, subscriptions, API routes, static pages for docs ...etc) would work in Next.js 13 and server components.

A few people have asked me to turn this into a starter. I think we could do that once the new features are out of beta.

Warning This app is using the canary releases for Next.js 13 and React 18. The new router and app dir is still in beta and not production-ready. NextAuth.js, which is used for authentication, is also not fully supported in Next.js 13 and RSC. Expect some performance hits when testing the dashboard. If you see something broken, you can ping me @shadcn.

Why not tRPC, Turborepo or X?

I might add this later. For now, I want to see how far we can get using Next.js only.

If you have some suggestions, feel free to create an issue.

An open source application built using the new router, server components and everything new in Next.js 13.