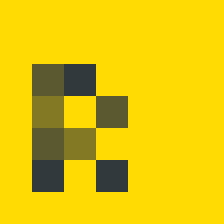 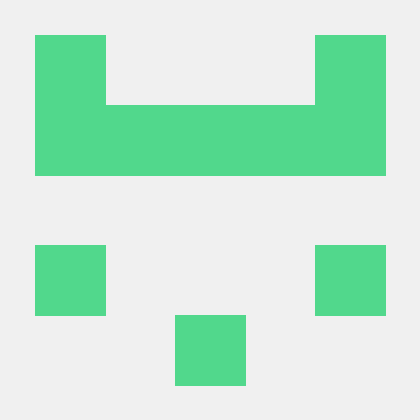 React component to highlight words within a larger body of text

Short JavaScript code snippets for all your development needs

RNA vaccines have become a key tool in moving forward through the challenges raised both in the current pandemic and in numerous other public health and medical challenges. With the rollout of vaccines for COVID-19, these synthetic mRNAs have become broadly distributed RNA species in numerous human populations. Despite their ubiquity, sequences are not always available for such RNAs. Standard methods facilitate such sequencing. In this note, we provide experimental sequence information for the RNA components of the initial Moderna (https://pubmed.ncbi.nlm.nih.gov/32756549/) and Pfizer/BioNTech (https://pubmed.ncbi.nlm.nih.gov/33301246/) COVID-19 vaccines, allowing a working assembly of the former and a confirmation of previously reported sequence information for the latter RNA. Sharing of sequence information for broadly used therapeutics has the benefit of allowing any researchers or clinicians using sequencing approaches to rapidly identify such sequences as therapeutic-derived rather than host or infectious in origin. For this work, RNAs were obtained as discards from the small portions of vaccine doses that remained in vials after immunization; such portions would have been required to be otherwise discarded and were analyzed under FDA authorization for research use. To obtain the small amounts of RNA needed for characterization, vaccine remnants were phenol-chloroform extracted using TRIzol Reagent (Invitrogen), with intactness assessed by Agilent 2100 Bioanalyzer before and after extraction. Although our analysis mainly focused on RNAs obtained as soon as possible following discard, we also analyzed samples which had been refrigerated (~4 ℃) for up to 42 days with and without the addition of EDTA. Interestingly a substantial fraction of the RNA remained intact in these preparations. We note that the formulation of the vaccines includes numerous key chemical components which are quite possibly unstable under these conditions-- so these data certainly do not suggest that the vaccine as a biological agent is stable. But it is of interest that chemical stability of RNA itself is not sufficient to preclude eventual development of vaccines with a much less involved cold-chain storage and transportation. For further analysis, the initial RNAs were fragmented by heating to 94℃, primed with a random hexamer-tailed adaptor, amplified through a template-switch protocol (Takara SMARTerer Stranded RNA-seq kit), and sequenced using a MiSeq instrument (Illumina) with paired end 78-per end sequencing. As a reference material in specific assays, we included RNA of known concentration and sequence (from bacteriophage MS2). From these data, we obtained partial information on strandedness and a set of segments that could be used for assembly. This was particularly useful for the Moderna vaccine, for which the original vaccine RNA sequence was not available at the time our study was carried out. Contigs encoding full-length spikes were assembled from the Moderna and Pfizer datasets. The Pfizer/BioNTech data [Figure 1] verified the reported sequence for that vaccine (https://berthub.eu/articles/posts/reverse-engineering-source-code-of-the-biontech-pfizer-vaccine/), while the Moderna sequence [Figure 2] could not be checked against a published reference. RNA preparations lacking dsRNA are desirable in generating vaccine formulations as these will minimize an otherwise dramatic biological (and nonspecific) response that vertebrates have to double stranded character in RNA (https://www.nature.com/articles/nrd.2017.243). In the sequence data that we analyzed, we found that the vast majority of reads were from the expected sense strand. In addition, the minority of antisense reads appeared different from sense reads in lacking the characteristic extensions expected from the template switching protocol. Examining only the reads with an evident template switch (as an indicator for strand-of-origin), we observed that both vaccines overwhelmingly yielded sense reads (>99.99%). Independent sequencing assays and other experimental measurements are ongoing and will be needed to determine whether this template-switched sense read fraction in the SmarterSeq protocol indeed represents the actual dsRNA content in the original material. This work provides an initial assessment of two RNAs that are now a part of the human ecosystem and that are likely to appear in numerous other high throughput RNA-seq studies in which a fraction of the individuals may have previously been vaccinated. ProtoAcknowledgements: Thanks to our colleagues for help and suggestions (Nimit Jain, Emily Greenwald, Lamia Wahba, William Wang, Amisha Kumar, Sameer Sundrani, David Lipman, Bijoyita Roy). Figure 1: Spike-encoding contig assembled from BioNTech/Pfizer BNT-162b2 vaccine. Although the full coding region is included, the nature of the methodology used for sequencing and assembly is such that the assembled contig could lack some sequence from the ends of the RNA. Within the assembled sequence, this hypothetical sequence shows a perfect match to the corresponding sequence from documents available online derived from manufacturer communications with the World Health Organization [as reported by https://berthub.eu/articles/posts/reverse-engineering-source-code-of-the-biontech-pfizer-vaccine/]. The 5’ end for the assembly matches the start site noted in these documents, while the read-based assembly lacks an interrupted polyA tail (A30(GCATATGACT)A70) that is expected to be present in the mRNA.

AWS IP Ranges History Tracker Amazon - AWS provides a list of IP Addresses used by their various services through a published ip-ranges.json file. This Git repository tracks this file so that changes are easy to identify.

Book layout in the browser

An ongoing repository of data on coronavirus cases and deaths in the U.S.

Generates dynamic prototype methods for JavaScript objects (classes) by supporting method definition within their "class" constructor (like an instance version), this removes the need to expose internal properties on the instance (this) which results in better code minfication and therefore improved load times for your users.

A microservices API Gateway built on top of Express.js

Program to convert lines of text into a tree structure.

One of the 'BEST' markdown preview extensions for Atom editor!

Turn any OpenAPI2/3 and Postman Collection file into an API server with mocking, transformations and validations.

A collective list of free APIs for use in software and web development.

A tiny library to flow HTML through multiple regions

A software update framework for macOS