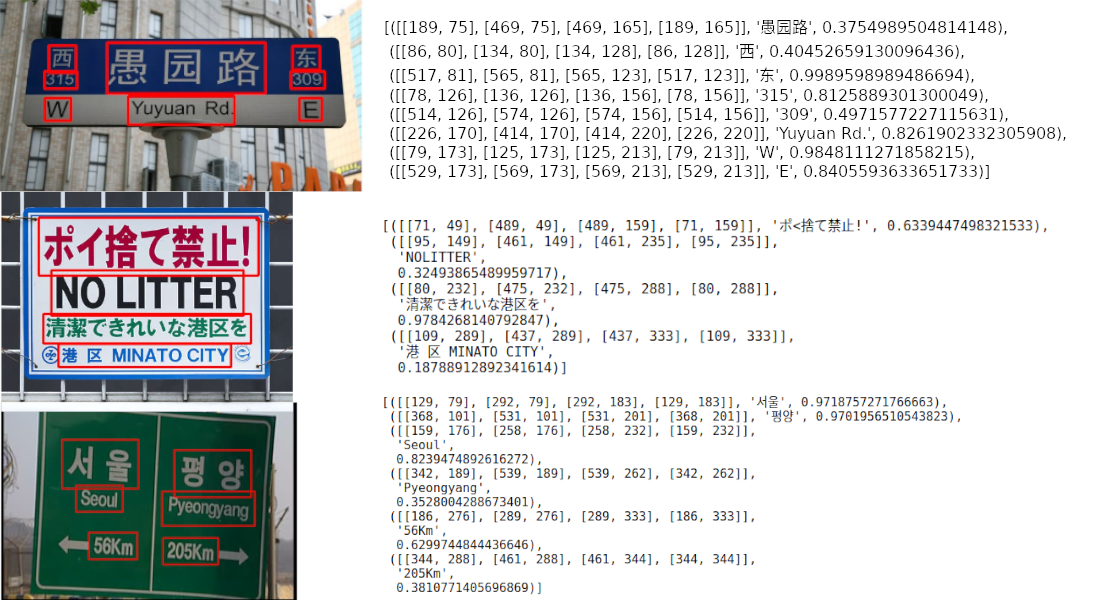 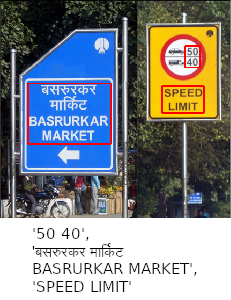 Note 1: for Windows, please install torch and torchvision first by following the official instruction here https://pytorch.org. On pytorch website, be sure to select the right CUDA version you have. If you intend to run on CPU mode only, select CUDA = None.

Output will be in list format, each item represents bounding box, text and confident level, respectively.

Note 2: Instead of filepath chinese.jpg, you can also pass OpenCV image object (numpy array) or image file as bytes. URL to raw image is also acceptable.

Note 3: The line reader = easyocr.Reader(['ch_sim','en']) is for loading model into memory. It takes some time but it need to be run only once.

You can also set detail = 0 for simpler output.

Model weight for chosen language will be automatically downloaded or you can download it manually from the model hub and put it in '~/.EasyOCR/model' folder

In case you do not have GPU or your GPU has low memory, you can run it in CPU mode by adding gpu = False

The idea is to be able to plug-in any state-of-the-art model into EasyOCR. There are a lot of geniuses trying to make better detection/recognition model. We are not trying to be a genius here, just make genius's works quickly accessible to the public ... for free. (well I believe most geniuses want their work to create positive impact as fast/big as possible) The pipeline should be something like below diagram. Grey slots are placeholders for changeable light blue modules.

This project is based on researches/codes from several papers/open-source repositories.

All deep learning part is based on Pytorch.

Detection part is using CRAFT algorithm from this official repository and their paper (Thanks @YoungminBaek from @clovaai). We also use their pretrained model.

Recognition model is CRNN (paper). It is composed of 3 main components, feature extraction (we are currently using Resnet), sequence labeling (LSTM) and decoding (CTC). Training pipeline for recognition part is a modified version from deep-text-recognition-benchmark. (Thanks @ku21fan from @clovaai) This repository is a gem that deserved more recognition.

Beam search code is based on this repository and his blog. (Thanks @githubharald)

Data synthesis is based on TextRecognitionDataGenerator. (Thanks @Belval)

And good read about CTC from distill.pub here.

Let's advance humanity together by making AI available to everyone!

Coder: Please send PR for small bug/improvement. For bigger one, discuss with us by open an issue first. There is a list of possible bug/improvement issue tagged with 'PR WELCOME'.

To request a new language support, I need you to send a PR with 2 following files

If your language has unique elements (such as 1. Arabic: characters change form when attach to each other + write from right to left 2. Thai: Some characters need to be above the line and some below), please educate me with your best ability and/or give useful links. It is important to take care of the detail to achieve a system that really works.

Lastly, please understand that my priority will have to go to popular language or set of languages that share most of characters together (also tell me if your language share a lot of characters with other). It takes me at least a week to work for new model. You may have to wait a while for new model to be released.