This uses the pretrained weights from shicai/MobileNet-Caffe.

There are two demo apps included: 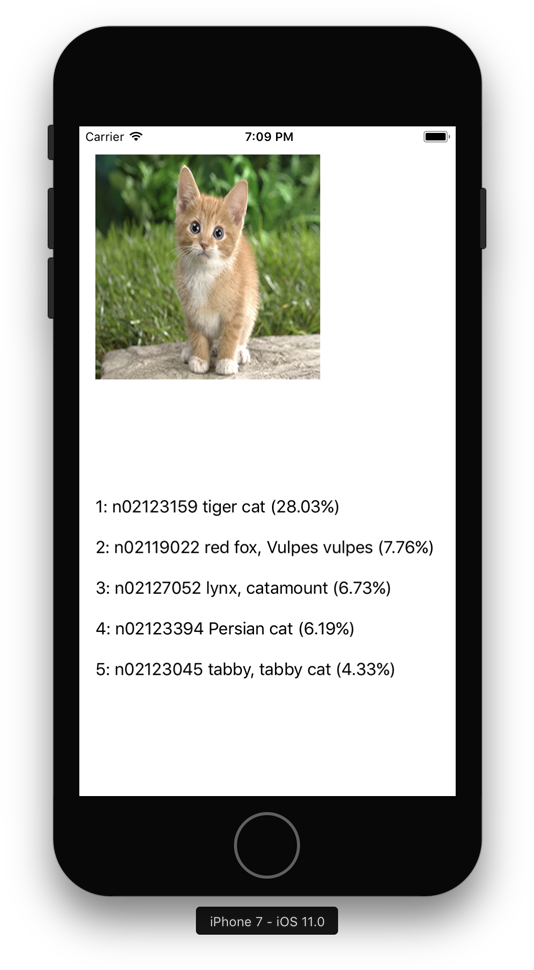 Note: Also check out Forge, my neural net library for iOS 10 that comes with a version of MobileNet implemented in Metal.

The repo already includes a fully-baked MobileNet.mlmodel, so you don't have to follow the steps in this section. However, in case you're curious, here's how I converted the original Caffe model into this .mlmodel file:

Note: You don't have to download mobilenet_deploy.prototxt. There's already one included in this repo. (I added a Softmax layer at the end, which is missing from the original.)

It's important that you set up the virtual environment using /usr/bin/python2.7. If you use another version of Python, the conversion script will crash with Fatal Python error: PyThreadState_Get: no current thread. You also need to use Keras 1.2.2 and not the newer 2.0.

This creates the MobileNet.mlmodel file.