This code was written several years ago as one of my first projects when I was in High School so it's normal if some parts of the code looks like "crap".

But some parts of the code are usefull to learn how to create a bootable operating system with memory pagination, multitasking, virtual memory, EXT2, ... 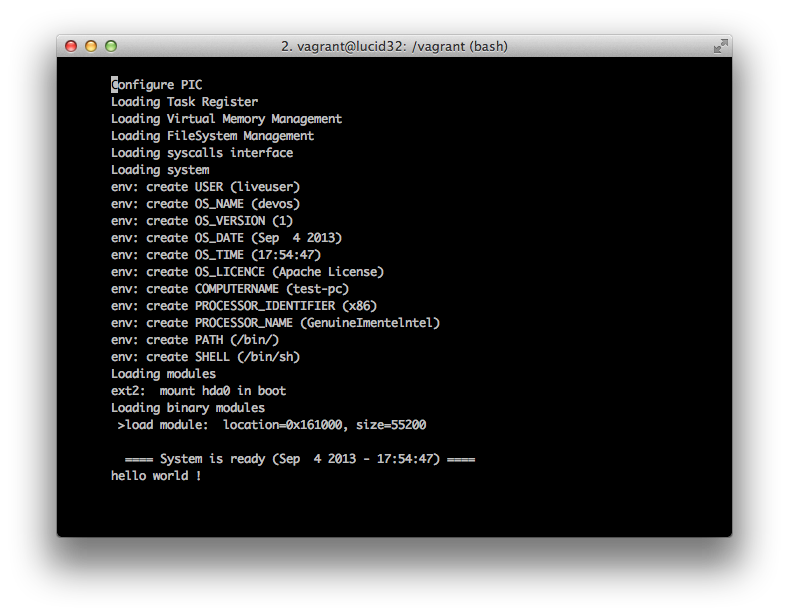 Then run the following commands (ignore comment lines starting with #):

(Very) basic UNIX-like operating system built when I was younger