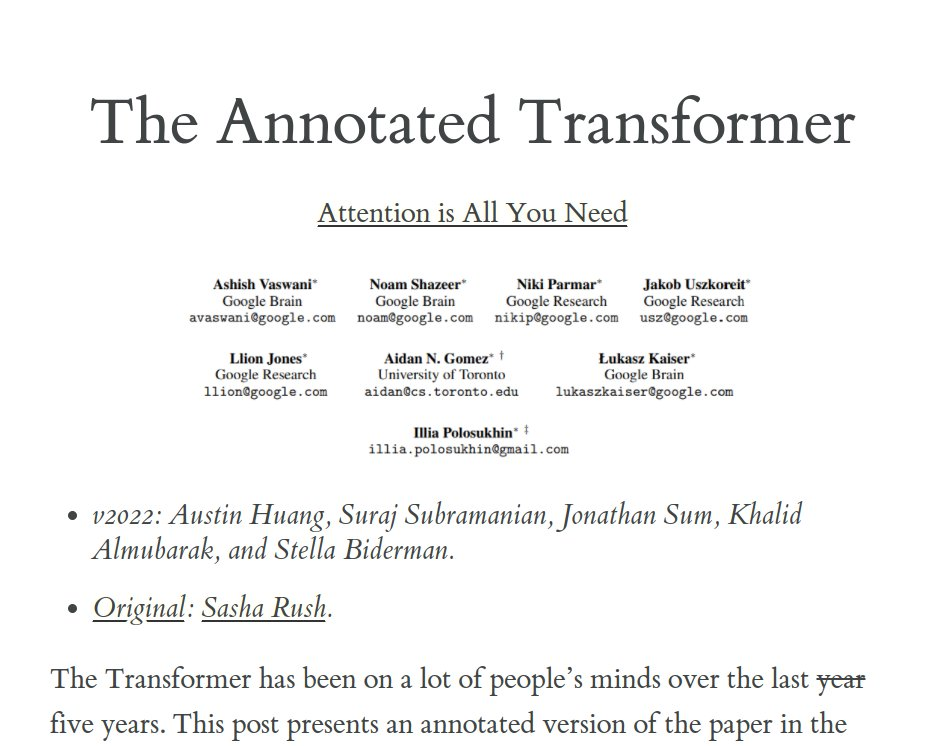 Use requirements.txt to install library dependencies with pip:

Regular notebooks pose problems for source control - cell outputs end up in the repo history and diffs between commits are difficult to examine. Using jupytext, there is a python script (.py file) that is automatically kept in sync with the notebook file by the jupytext plugin.

The python script is committed contains all the cell content and can be used to generate the notebook file. The python script is a regular python source file, markdown sections are included using a standard comment convention, and outputs are not saved. The notebook itself is treated as a build artifact and is not commited to the git repository.

Prior to using this repo, make sure jupytext is installed by following the installation instructions here.

To produce the html version of the notebook, run:

To keep the code formatting clean, the annotated transformer git repo has a git action to check that the code conforms to PEP8 coding standards.

To make this easier, there are two Makefile build targets to run automatic code formatting with black and flake8.

Be sure to install black and flake8.

You can then run:

It's recommended to run these two commands and fix any flake8 errors that arise, when submitting a PR, otherwise the github actions CI will report an error.

An annotated implementation of the Transformer paper.