Create New Issue for questions or feedback about OSS-Fuzz.

Fuzz testing is a well-known technique for uncovering various kinds of programming errors in software. Many of these detectable errors (e.g. buffer overflow) can have serious security implications.

We successfully deployed guided in-process fuzzing of Chrome components and found hundreds of security vulnerabilities and stability bugs. We now want to share the experience and the service with the open source community.

At the first stage of the project we use libFuzzer with Sanitizers. More fuzzing engines will be added later. ClusterFuzz provides a distributed fuzzer execution environment and reporting.

Currently OSS-Fuzz supports C and C++ code (other languages supported by LLVM may work too). 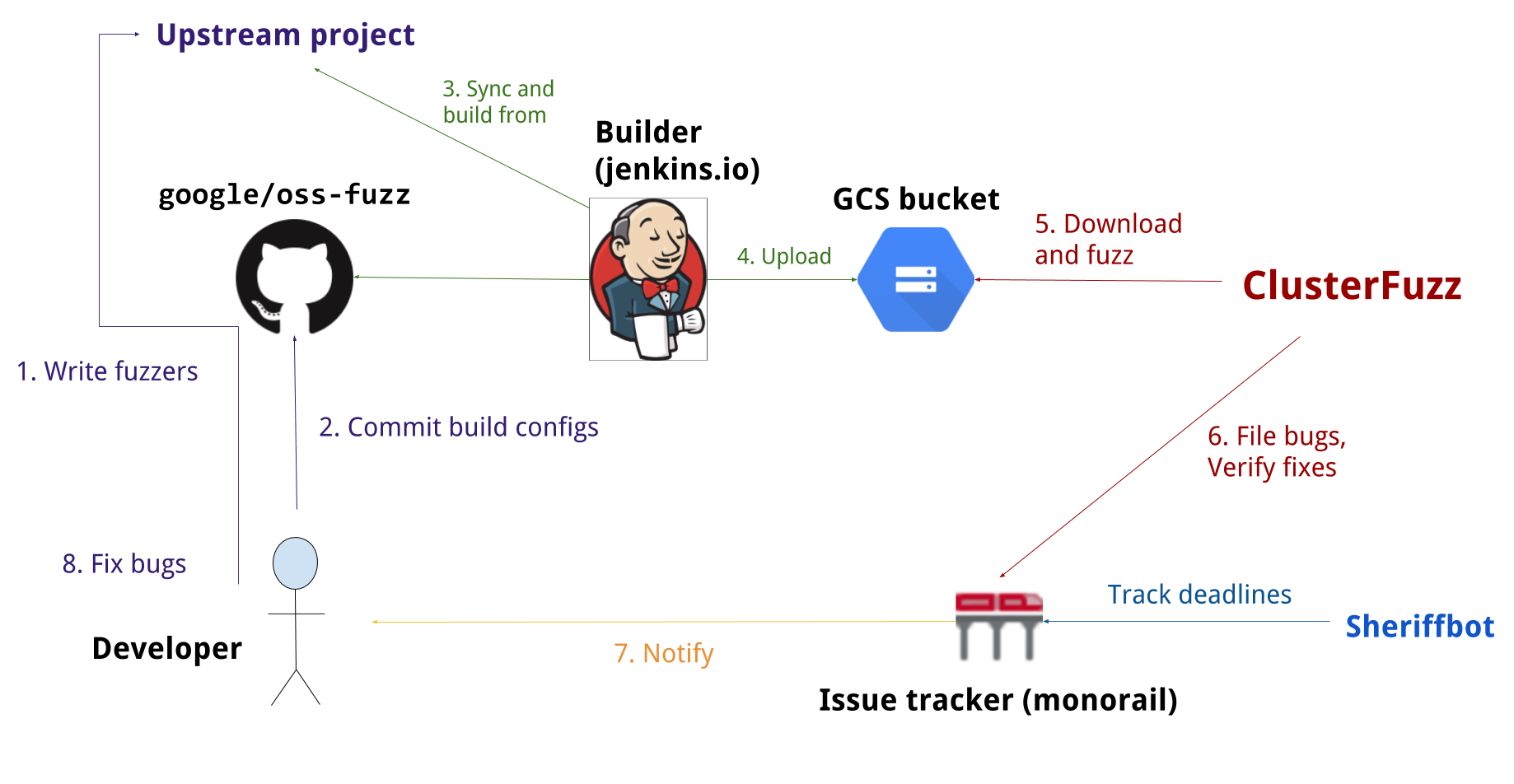 The following process is used for projects in OSS-Fuzz:

To be accepted to OSS-Fuzz, an open-source project must have a significant user base and/or be critical to the global IT infrastructure. To submit a new project:

This page gives the latest build logs for each project.

This page gives a list of publicly-viewable fixed bugs found by OSS-Fuzz.