This README is quick start document. You can find detailed documentation at http://tile38.com.

The easiest way to get the latest Tile38 is to use one of the pre-built release binaries which are available for OSX, Linux, and Windows. Instructions for using these binaries are on the GitHub releases page.

Mac users who use Homebrew can install with brew install tile38.

Tile38 is also available as a Docker image which is built on top of Alpine Linux.

Tile38 can be compiled and used on Linux, OSX, Windows, FreeBSD, and probably others since the codebase is 100% Go. We support both 32 bit and 64 bit systems. Go must be installed on the build machine.

To build everything simply:

To run a single server:

It's important to note that the coordinate system Tile38 uses is WGS 84 Web Mercator, also known as EPSG:3857. All distance are in meters and all calcuations are done on a spherical surface, not a plane.

Tile38 has a ton of great commands.

Fields are extra data that belongs to an object. A field is always a double precision floating point. There is no limit to the number of fields that an object can have.

To set a field when setting an object:

To set a field when an object already exists:

Tile38 has support to search for objects and points that are within or intersects other objects. All object types can be searched including Polygons, MultiPolygons, GeometryCollections, etc. 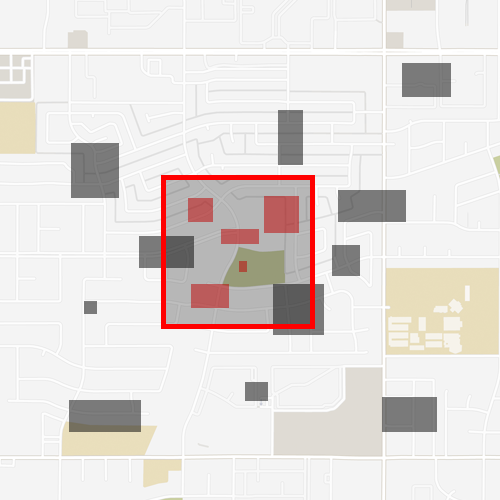 WITHIN searches a collection for objects that are fully contained inside a specified bounding area. 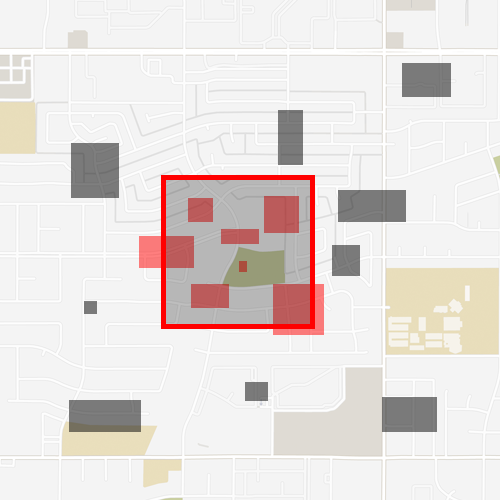 INTERSECTS searches a collection for objects that intersect a specified bounding area. 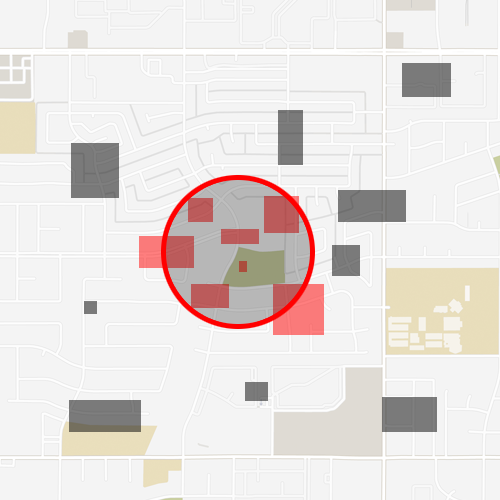 NEARBY searches a collection for objects that intersect a specified radius.

SPARSE - This option will distribute the results of a search evenly across the requested area.
This is very helpful for example; when you have many (perhaps millions) of objects and do not want them all clustered together on a map. Sparse will limit the number of objects returned and provide them evenly distributed so that your map looks clean.

*Please note that the higher the sparse value, the slower the performance. Also, LIMIT and CURSOR are not available when using SPARSE.*

WHERE - This option allows for filtering out results based on field values. For example
nearby fleet where speed 70 +inf point 33.462 -112.268 6000 will return only the objects in the 'fleet' collection that are within the 6 km radius and have a field named speed that is greater than 70.

Multiple WHEREs are concatenated as and clauses. WHERE speed 70 +inf WHERE age -inf 24 would be interpreted as speed is over 70 and age is less than 24.

The default value for a field is always 0. Thus if you do a WHERE on the field speed and an object does not have that field set, the server will pretend that the object does and that the value is Zero.

MATCH - MATCH is similar to WHERE except that it works on the object id instead of fields.
nearby fleet match truck* point 33.462 -112.268 6000 will return only the objects in the 'fleet' collection that are within the 6 km radius and have an object id that starts with truck. There can be multiple MATCH options in a single search. The MATCH value is a simple glob pattern.

CURSOR - CURSOR is used to iterate though many objects from the search results. An iteration begins when the CURSOR is set to Zero or not included with the request, and completes when the cursor returned by the server is Zero.

NOFIELDS - NOFIELDS tells the server that you do not want field values returned with the search results.

LIMIT - LIMIT can be used to limit the number of objects returned for a single search request.

A [geofence](https://en.wikipedia.org/wiki/Geo-fence) is a virtual boundary that can detect when an object enters or exits the area. This boundary can be a radius, bounding box, or a polygon. Tile38 can turn any standard search into a geofence monitor by adding the FENCE keyword to the search.

Tile38 also allows for Webhooks to be assigned to Geofences.

This command opens a geofence that monitors the 'fleet' collection. The server will respond with:

And the connection will be kept open. If any object enters or exits the 6 km radius around 33.462,-112.268 the server will respond in realtime with a message such as:

The server will notify the client if the command is del | set | drop.

The detect may be one of the following values.

The most basic object type is a point that is composed of a latitude and a longitude. There is an optional z member that may be used for auxiliary data such as elevation or a timestamp.

A geohash is a string respresentation of a point. With the length of the string indicating the precision of the point.

GeoJSON is an industry standard format for representing a variety of object types including a point, multipoint, linestring, multilinestring, polygon, multipolygon, geometrycollection, feature, and featurecollection. Tile38 supports all of the standards with these exceptions.

* All ignored members will not persist.

Important to note that all coordinates are in Longitude, Latitude order.

An XYZ tile is rectangle bounding area on earth that is represented by an X, Y coordinate and a Z (zoom) level. Check out maptiler.org for an interactive example.

A QuadKey used the same coordinate system as an XYZ tile except that the string representation is a string characters composed of 0, 1, 2, or 3. For a detailed explanation checkout The Bing Maps Tile System.

It's recommended to use a client library or the Tile38 CLI, but there are times when only HTTP is available or when you need to test from a remote terminal. In those cases we provide an HTTP and telnet options.

One of the simplest ways to call a tile38 command is to use HTTP. From the command line you can use curl. For example:

Websockets can be used when you need to Geofence and keep the connection alive. It works just like the HTTP example above, with the exception that the connection stays alive and the data is sent from the server as text websocket messages.

There is the option to use a plain telnet connection. The default output through telnet is RESP.

The server will respond in JSON or RESP depending on which protocol is used when initiating the first command.

Tile38 uses the Redis RESP protocol natively. Therefore most clients that support basic Redis commands will in turn support Tile38. Below are a few of the popular clients.

Tile38 source code is available under the MIT License.