This python package is designed to calculate those comorbidity indices. 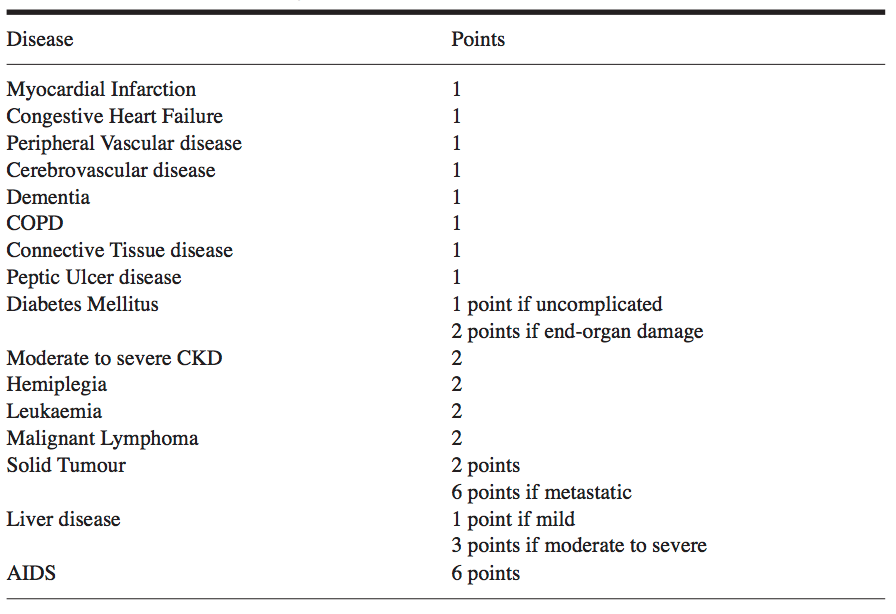 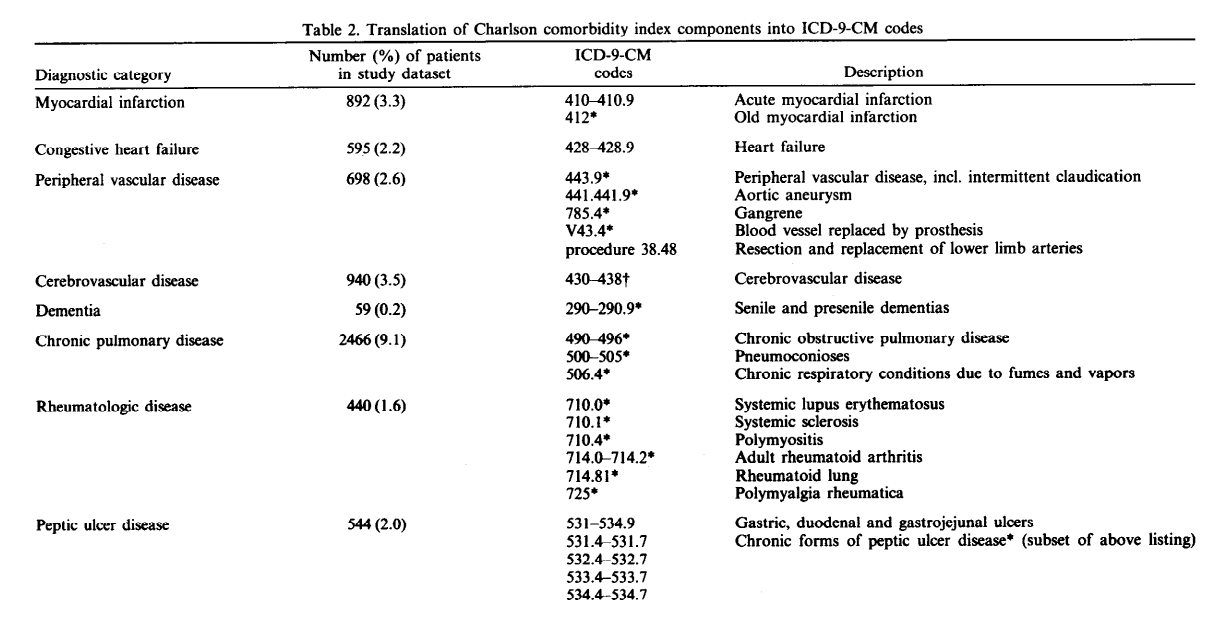 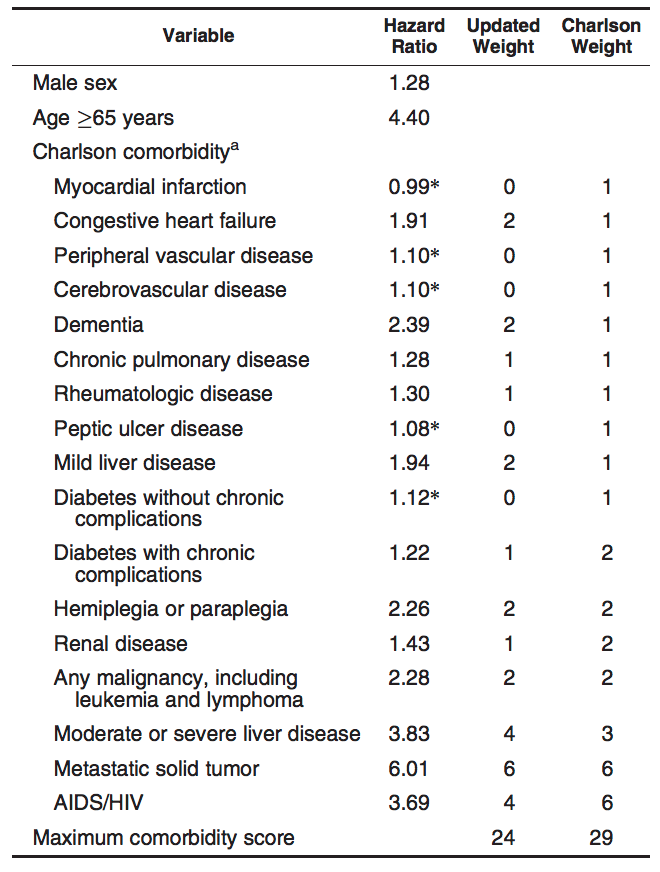 We need to understand different versions of ICD codes before we can use the codes to calculate comorbidity index.

The original ICD-9 and ICD-10 systems are published and maintained by the World Health Organization (WHO). But the original version of ICD codes are not actually used in the United States. Instead, both ICD-9 and ICD-10 have a modified version, called ICD-9-CM and ICD-10-CM (CM stands for Clinical Modification). Those are the official coding systems used in the United States to assign codes to diagnoses and procedures in hospitals. The modified version is maintained by Centers for Disease Control (CDC).

This online video explains the ICD-9, ICD-10 and their differences.

ICD-9-CM diagnosis code has a format like "123.45", in which the first three digits are disease category and the 4th and 5th digit are sucategory and subclass. There are two other types of ICD-9-CM codes, which are E-codes ("E123.45") and V-codes ("V12.34"). E-codes in ICD-9-CM are for external causes of injury. V-codes records the reasons why a healthy person visits a hospital without any immediate injury or disease.

ICD-10-CM diagnosis code has a format like "A12.345B".Similarly, the first three characters are catogory, the 4th one is the subcategory, the 5th and 6th ones are subclass and the final letter is the extension (type of encounters: initial encounters, subsequent encounters or previous conditions)

How to Calculate Comorbidity Index?

The SAS code can be found on MCHP website: