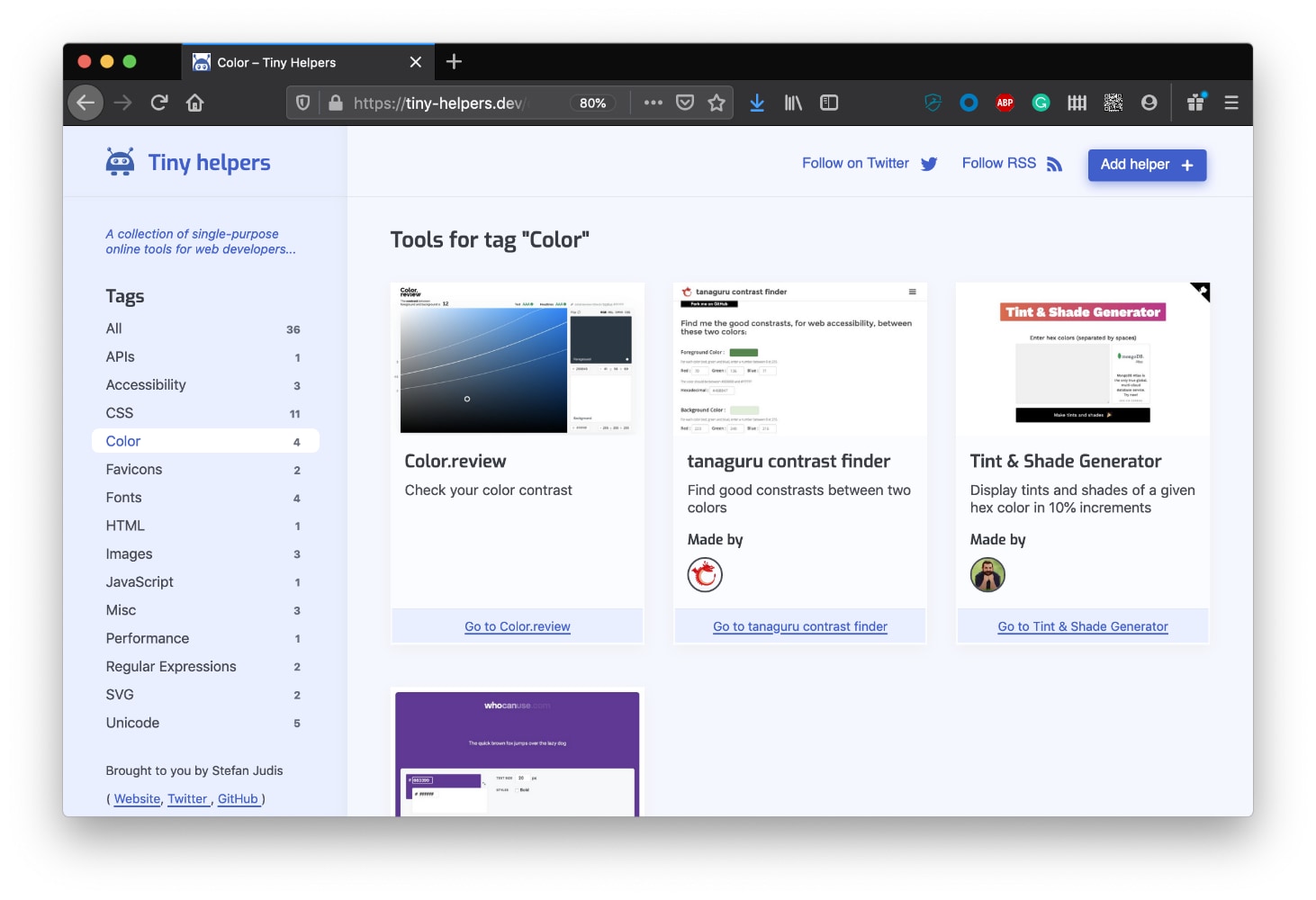 Make sure you have a recent version of Node.js installed (we recommend at least version v12.14.). After installing Node.js you'll have the node but also the npm command available. npm is Node.js' package manager.

Additionally, please have a look at the CONTRIBUTING.md including further information about what counts as a tiny helper.

Fork and clone this repository. Head over to your terminal and run the following command:

npm run helper:add will ask a few questions and create a file in helpers/. Commit the changes and open a pull request.