In order to build Cyclone DDS you need a Linux, Mac or Windows 10 machine (or, with some caveats, an OpenIndiana one or a Solaris 2.6 one) with the following installed on your host:

On Ubuntu apt install maven default-jdk should do the trick for getting Java and Maven installed, and the rest should already be there. On Windows, installing chocolatey and choco install git cmake openjdk maven should get you a long way. On macOS, brew install maven cmake and downloading and installing the JDK is easiest.

The Java-based components are the preprocessor and a configurator tool. The run-time libraries are pure C code, so there is no need to have Java available on "target" machines. If desired, it is possible to do a build without Java or Maven installed by defining BUILD_IDLC=NO, but that effectively only gets you the core library. For the current ROS2 RMW layer, that is sufficient.

To obtain Eclipse Cyclone DDS, do

To build and install the required libraries needed to develop your own applications using Cyclone DDS requires a few simple steps. There are some small differences between Linux and macOS on the one hand, and Windows on the other. For Linux or macOS:

where you should replace <install-location> by the directory under which you would like to install Cyclone DDS and <generator-name> by one of the ways CMake generators offer for generating build files. For example, "Visual Studio 15 2017 Win64" would target a 64-bit build using Visual Studio 2017.

To install it after a successful build, do:

which will copy everything to:

Depending on the installation location you may need administrator privileges.

At this point you are ready to use Eclipse Cyclone DDS in your own projects.

Note that the default build type is a release build with debug information included (RelWithDebInfo), which is generally the most convenient type of build to use from applications because of a good mix between performance and still being able to debug things. If you'd rather have a Debug or pure Release build, set CMAKE_BUILD_TYPE accordingly.

We very much welcome all contributions to the project, whether that is questions, examples, bug fixes, enhancements or improvements to the documentation, or anything else really. When considering contributing code, it might be good to know that build configurations for Travis CI and AppVeyor are present in the repository and that there is a test suite using CTest and CUnit that can be built locally if desired. To build it, set the cmake variable BUILD_TESTING to on when configuring, e.g.:

Such a build requires the presence of CUnit. You can install this yourself, or you can choose to instead rely on the Conan packaging system that the CI build infrastructure also uses. In that case, install Conan and do:

in the build directory prior to running cmake.

The CUnit Conan package is hosted in the Bincrafters Bintray repository. In case this repository was not added to your Conan remotes list yet (and the above mentioned install command failed because it could not find the CUnit package), you can add the Bintray repository by:

Replace <REMOTE> with a name that identifies the repository (e.g. bincrafters).

For Windows, depending on the generator, you might also need to add switches to select the architecture and build type, e.g., conan install -s arch=x86_64 -s build_type=Debug .. This will automatically download and/or build CUnit (and, at the moment, OpenSSL).

The documentation is still rather limited, and at the moment only available in the sources (in the form of restructured text files in docs and Doxygen comments in the header files), or as a PDF. The intent is to automate the process of building the documentation and have them available in more convenient formats and in the usual locations.

Building and Running the Roundtrip Example

We will show you how to build and run an example program that measures latency. The examples are built automatically when you build Cyclone DDS, so you don't need to follow these steps to be able to run the program, it is merely to illustrate the process.

On one terminal start the application that will be responding to pings:

On another terminal, start the application that will be sending the pings:

The numbers above were measured on Mac running a 4.2 GHz Intel Core i7 on December 12th 2018. From these numbers you can see how the roundtrip is very stable and the minimal latency is now down to 17 micro-seconds (used to be 25 micro-seconds) on this HW. 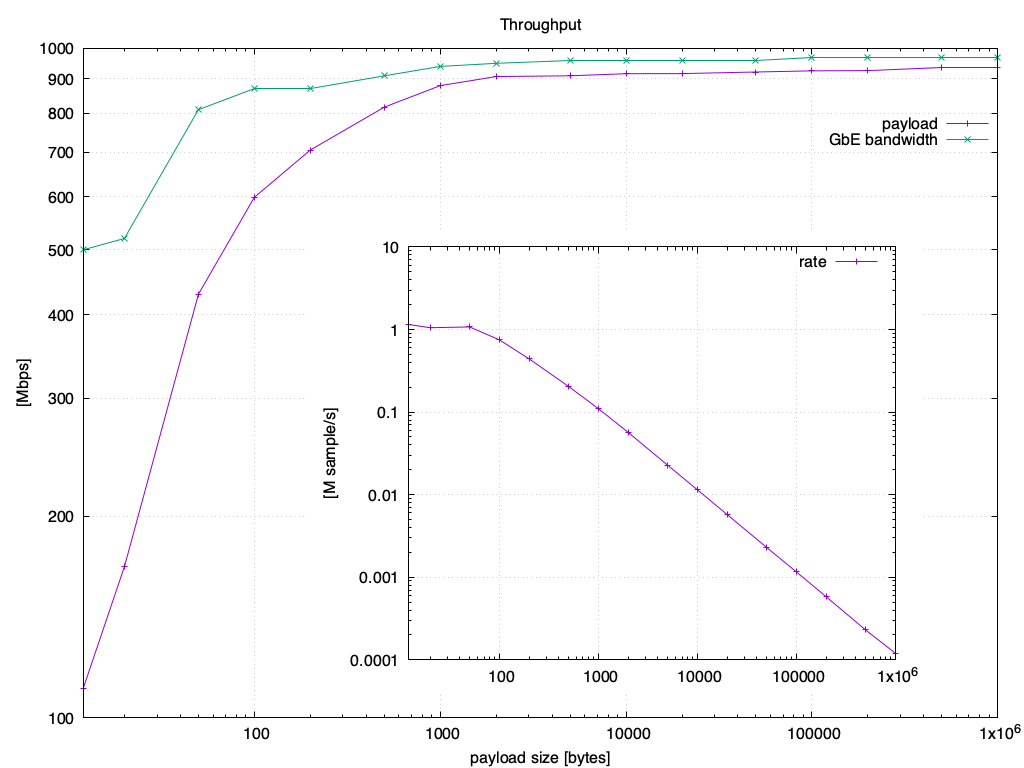 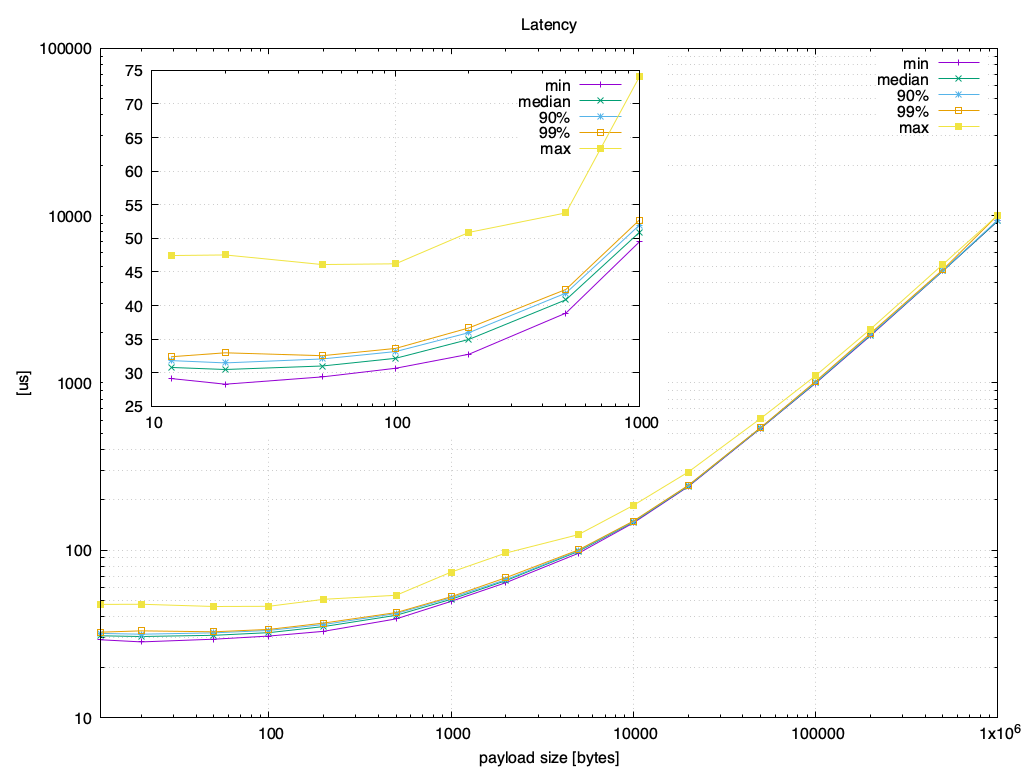 This is with the subscriber in listener mode, using asynchronous delivery for the throughput test. The configuration is a marginally tweaked out-of-the-box configuration: an increased maximum message size and fragment size, and an increased high-water mark for the reliability window on the writer side. For details, see the scripts directory, the environment details and the throughput and latency data underlying the graphs. These also include CPU usage (throughput and latency) and memory usage.

The out-of-the-box configuration should usually be fine, but there are a great many options that can be tweaked by creating an XML file with the desired settings and defining the CYCLONEDDS_URI to point to it. E.g. (on Linux):

(on Windows, one would have to use set CYCLONEDDS_URI=file://... instead.)

This example shows a few things:

Background information on configuring Cyclone DDS can be found here and a list of settings is available.