One amazing paper about knowledge representation learning was accepted! (2022.05.06)

Super excited to announce our PGL team won TWO FIRST place and ONE SECOND place in a total of three track in OGB-LSC KDD CUP 2021. Leaderboards can be found here.

Paddle Graph Learning (PGL) is an efficient and flexible graph learning framework based on PaddlePaddle. 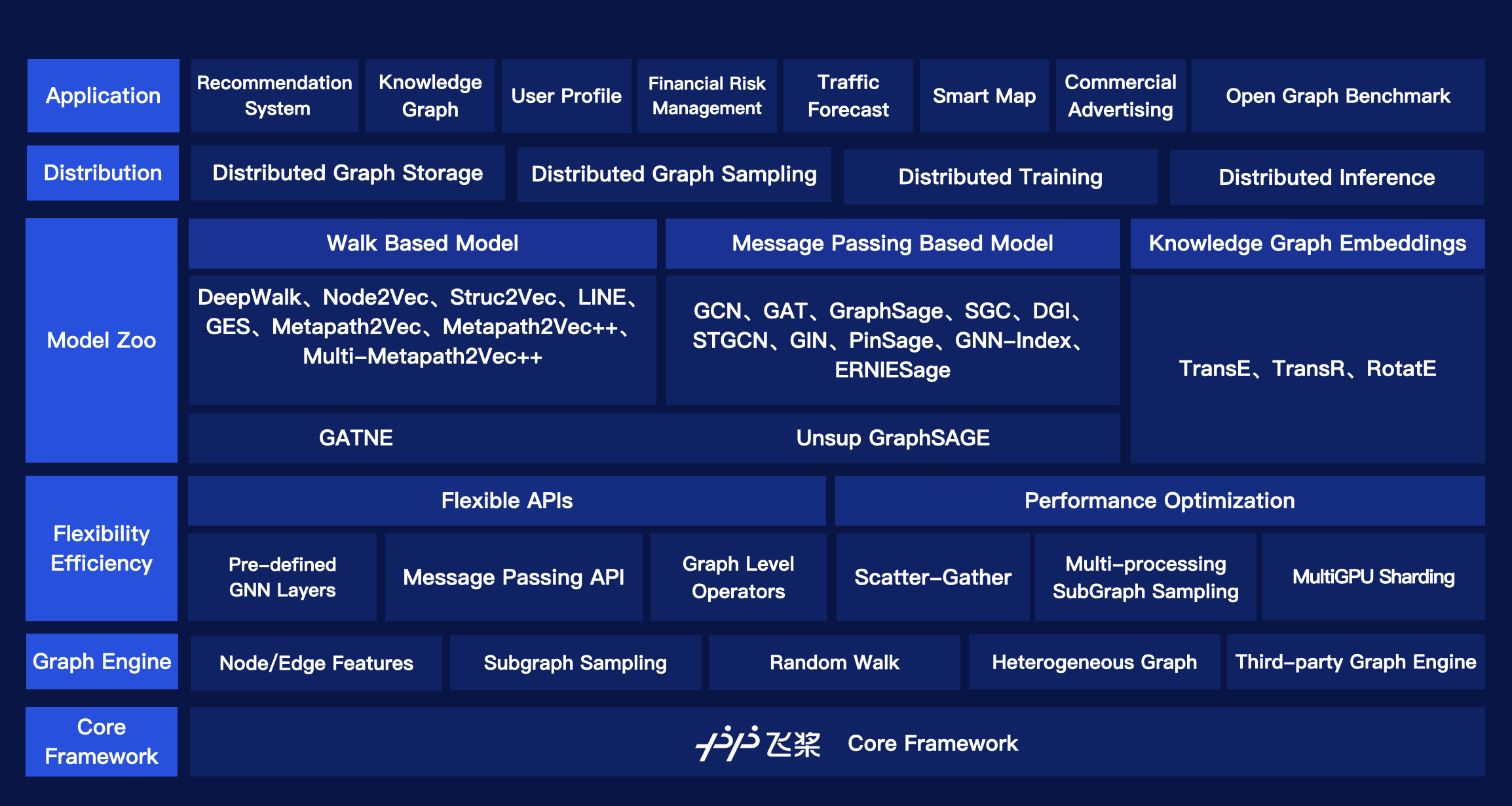 The newly released PGL supports heterogeneous graph learning on both walk based paradigm and message-passing based paradigm by providing MetaPath sampling and Message Passing mechanism on heterogeneous graph. Furthermor, The newly released PGL also support distributed graph storage and some distributed training algorithms, such as distributed deep walk and distributed graphsage. Combined with the PaddlePaddle deep learning framework, we are able to support both graph representation learning models and graph neural networks, and thus our framework has a wide range of graph-based applications.

One of the most important benefits of graph neural networks compared to other models is the ability to use node-to-node connectivity information, but coding the communication between nodes is very cumbersome. At PGL we adopt Message Passing Paradigm similar to DGL to help to build a customize graph neural network easily. Users only need to write send and recv functions to easily implement a simple GCN. As shown in the following figure, for the first step the send function is defined on the edges of the graph, and the user can customize the send function

to send the message from the source to the target node. For the second step, the recv function

is responsible for aggregating

messages together from different sources.

To write a sum aggregator, users only need to write the following codes.

Graph can conveniently represent the relation between things in the real world, but the categories of things and the relation between things are various. Therefore, in the heterogeneous graph, we need to distinguish the node types and edge types in the graph network. PGL models heterogeneous graphs that contain multiple node types and multiple edge types, and can describe complex connections between different types.

The left side of the figure above describes a shopping social network. The nodes above have two categories of users and goods, and the relations between users and users, users and goods, and goods and goods. The right of the above figure is a simple sampling process of MetaPath. When you input any MetaPath as UPU (user-product-user), you will find the following results

Then on this basis, and introducing word2vec and other methods to support learning metapath2vec and other algorithms of heterogeneous graph representation.

Because of the different node types on the heterogeneous graph, the message delivery is also different. As shown on the left, it has five neighbors, belonging to two different node types. As shown on the right of the figure above, nodes belonging to different types need to be aggregated separately during message delivery, and then merged into the final message to update the target node. On this basis, PGL supports heterogeneous graph algorithms based on message passing, such as GATNE and other algorithms. 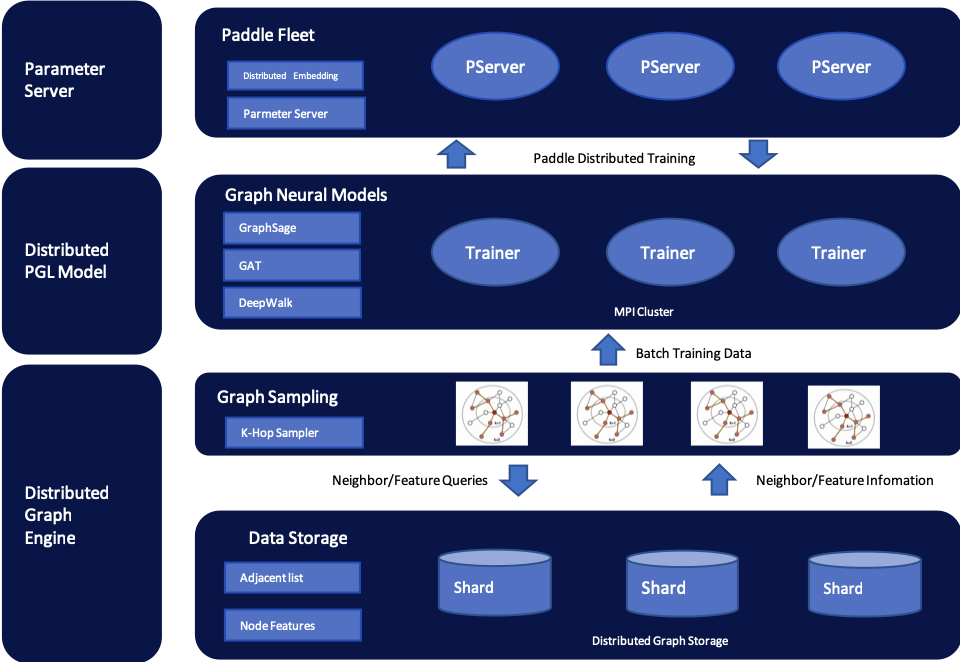 The following graph learning models have been implemented in the framework. You can find more examples and the details here.

You can simply install it via pip.