This readme explains how to get started building, using and developing with the Komodo Edit source base.

Whilst the main Komodo Edit source is hosted under this repository you may also want to check out the individual component/addon repositories under https://github.com/Komodo in case you only want to contribute to a specific component. This'll save you some time and hassle as you would not have to build the entire project. 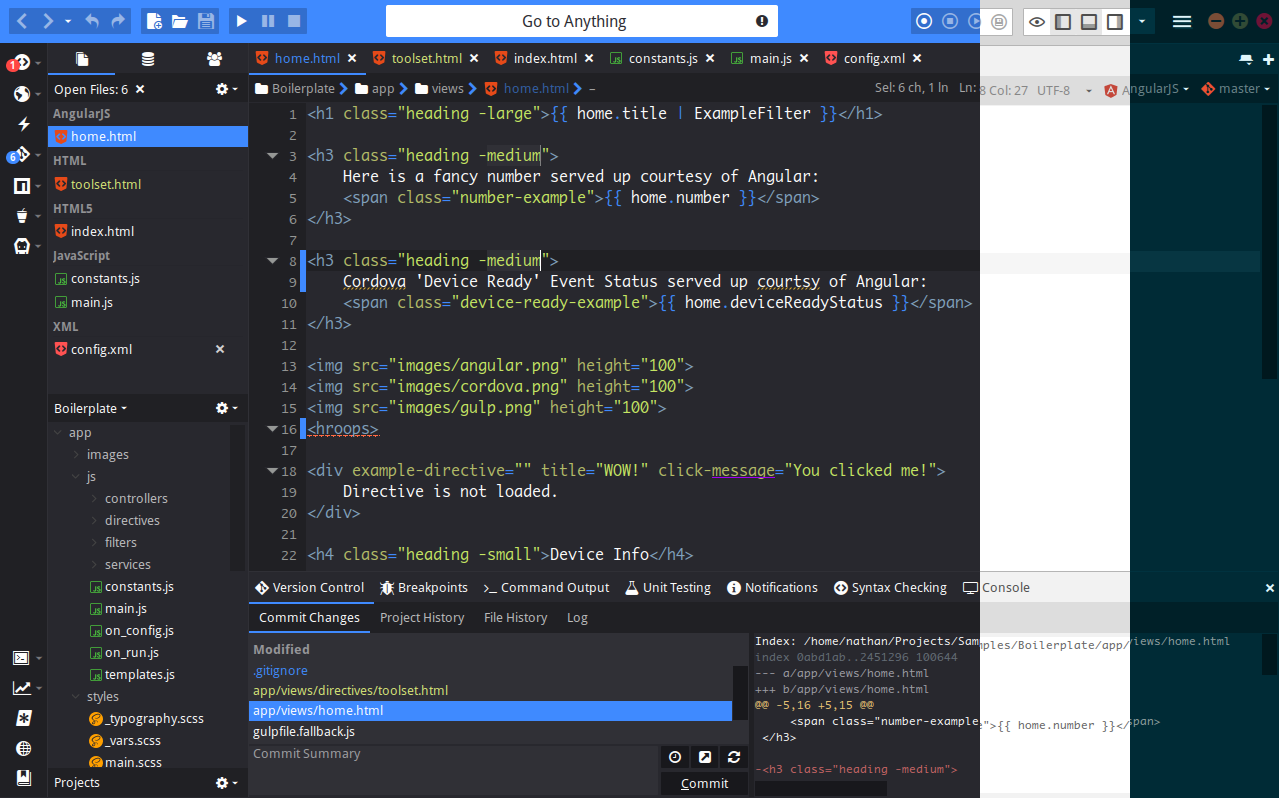 There are several ways to get in contact with the Komodo devs:

Note that these are simplified steps of the building process, for a more in-depth guide check (outdated) BUILD.txt.

See http://developer.mozilla.org/en/docs/Windows_Build_Prerequisites for more details on Windows build prerequisites. However, following the above steps is meant to be sufficient to get Komodo building.

Upon making any modifications to the source you will again have to run bk build, or simply bk build && bk run to quickly get back into Komodo. Subsequent builds should be a lot faster as much of the compiled data is cached.

See http://developer.mozilla.org/en/docs/Mac_OS_X_Build_Prerequisites for more details on Mac OS X build prerequisites. However, following the above steps is meant to be sufficient to get Komodo building.

Officially we do not support Xcode 8, however it is possible to build Komodo under Xcode 8 using a new extra steps.

If you are using GCC 5.0, the build may fail. If it does, there are changes that need to be made to two files. However, if you are running a clean build for the first time, you need to allow this part of the build to fail first. This is because the files are in the Mozilla part of the build which has to be downloaded first.

These files need to be changed:

Upon making any modifications to the source you will again have to run bk build, or simply bk build && bk run to quickly get back into Komodo. Subsequent builds should be a lot faster as much of the compiled data is cached.

The easiest way to get started is to use our Docker image, this will basically provide you with a Ubuntu 12.04 based build of Komodo.

After cloning the repository simply navigate into {repo}/util/docker and check out ./docklet --help

To use the docker image you need to of course have Docker installed as well as have X11 forwarding enabled in your SSH client (should work by default on most linux distros).

Your project files will be mounted at /komodo/dev

NOTE - if you are updating from a previous version where your project files were at /root/komodo you will need to fix permissions on your Komodo project and profile folders. Ie:

You will also need to redo your build (distclean mozilla and komodo).

Once your image is prepared you can follow the building steps for linux as described above. You will be running these from the docker container, so ssh into it using the command above and then run the commands from /komodo/dev

If your changes are not being reflected you may need to clean your build, to do this use

Or to do it all at once (clean, build and run)

If any errors occur during your first built-time and it is not obvious how to fix the issue on your own please refer to the Feedback section on how to get in contact with us.

Note that if building complications arise after you updated your repo with the latest changes you might need to clear your local cache as it might be conflicting with the new changes, to do this run bk distclean before running your build steps.

NOTE: Do not rely on this method as bk build quick is faster and in some cases does some steps that the above example won't perform. Use it as a last ditch effort before you try bk distclean && bk build.

Komodo Edit is a fast and free multi-language code editor. Written in JS, Python, C++ and based on the Mozilla platform.