This is just a fun, side-project to see how State-of-the-art (SOTA) Human Action Recognition (HAR) models fare in the pornographic domain. HAR is a relatively new, active field of research in the deep learning domain, its goal being the identification of human actions from various input streams (e.g. video or sensor).

The pornography domain is interesting from a technical perspective because of its inherent difficulties. Light variations, occlusions, and a tremendous variations of different camera angles and filming techniques (POV, dedicated camera person) make position (action) recognition hard. We can have two identical positions (actions) and yet be captured in such a different camera perspective to entirely confuse the model in its predictions.

The best current accuracy reached by this multi-model model currently is 75.64%, which is promising considering the small training set. This result will be improved in the future.

The models work on spatio-temporal data, meaning that they processes video clips rather than single images (miles-deep is using single images for example). This is an inherently superior way of performing action recognition.

Currently, 17 actions are supported. You can find the complete list here. More data would be needed to further improve the models (help is welcomed). Read on for more information!

First download the human detector here, pose model here, and HAR models here. Then move them inside the checkpoints/har folder.

Or just use a docker container from the image.

Input a video and get a demo with the top predictions every 7 seconds by default.

Alternatively, the results can also be dumped in a json file by specifying the output file as such.

If you only want to use the RGB & Skeleton model, then you can disable the audio model like so:

Check out the detailed usage.

Use the flag --timestamps

Given the predictions generated by the multimodial demo (in json), we can grab the top 3 tags (by default) like so:

TODO: depending if people need it.

Depends if people find this project useful. Currently one has to install the relevant libraries to use these models. See the installation section below.

The idea behind this project is to try and apply the latest deep learning techniques (i.e. human action recognition) in the pornographic domain.

Once we have detailed information about the kind of actions/positions that are happening in a video a number of uses-cases can apply:

This project is based on MMAction2.

The following installation instructions are for ubuntu (hence should also work for Windows WSL). Check the links for details if you are interested in other operating systems.

The SOTA results are archieved by late-fusing three models based on three input streams. This results in significant improvements compared to only using an RGB-based model. Since more than one action might happen at the same time (and moreover, currently, some of the actions/positions have are conceptually overlapping), it is best to consider the top 2 accuracy as a performance measurement. Hence, currently the multimodial model has a ~75% accuracy. However, since the dataset is quite small and in total only ~50 experiments have been performed, there is a lot of room for improvement.

The best performing models (performance & runtime wise) are timesformer for the RGB stream, poseC3D for the skeleton stream, and resnet101 for the Audio stream. The results of these models are fused together through late fusion. The models do not have the same importance in the late fusion scoring scheme. Currently the fine-tuned weights are: 0.5; 0.6; 1.0 for the RGB, skeleton & audio model respectively.

Likewise, the skeleton-based model can only be used in those instances where the pose estimation is accurate above a certain confidence threshold (for these experiments the threshold used was 0.4). For example, for actions such as scoop-up or the-snake it's hard to get an accurate pose estimation in most camera angles due to the proximity of the human bodies in the frame (the poses get fuzzy and mixed up). This then influences the accuracy of the HAR model negatively. However, for actions such as doggy, cowgirl or missionary, the pose estimation is generally good enough to train a HAR model.

However, if we have a bigger dataset, then we will probably have enough instances of clean samples for the difficult actions such as to train all (17) of them with a skeleton-based model. Skeleton based models are according to the current SOTA literature superior to the rgb-based ones. Ideally of course, the pose estimation models should also be fine tuned in the sex domain in order to get a better overall pose estimation.

The best results for a 3D RGB model are achieved by the attention-based TimeSformer architecture. This model is also very fast in inference (~0.53s / 7s clips). 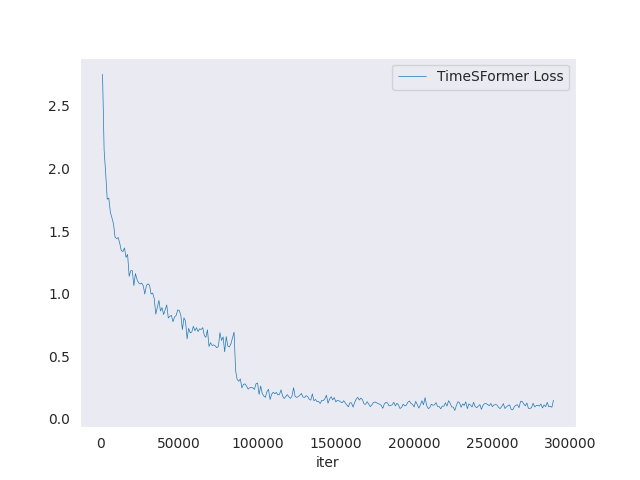 The best results for a skeleton-based model are achieved by the CNN-based PoseC3D architecture. This model is also fast in inference (~3.3s / 7s clips).

Check the confusion matrix for a detailed overview of the performance. 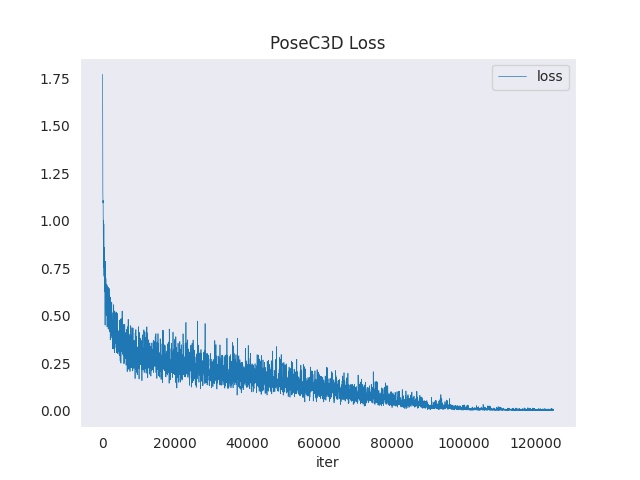 A simple ResNet 101 (with some small tweaks) was used. This model definitely needs to be swapped with a better architecture. It is very fast in inference (0.05s / 7s audio clips).

Check the confusion matrix for a detailed overview of the performance. 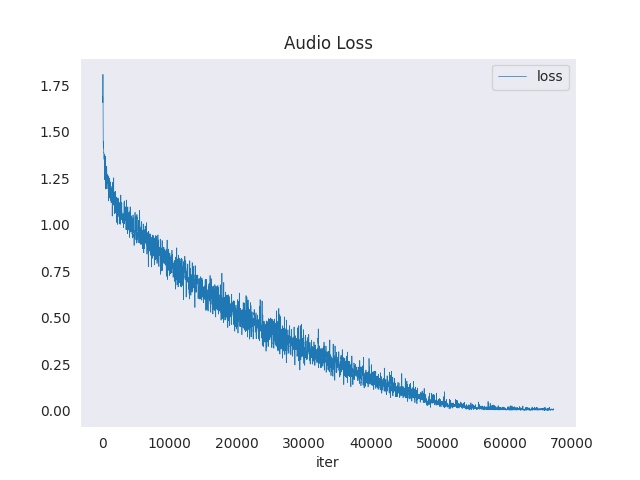 First things first, here is a list of definitions of the sex positions used in this project in case there is any confusion. fondling, in addition to the meaning of the word, was also thought of as a general placeholder, e.g. when it is unclear what action there is. In reality, however, its ability to be a general placeholder is limited because I only got 48 minutes of data for this action.

The gathered dataset is very inclusive and consists of a variety of recordings such as POV, professionally filmed, amateur, with or without a dedicated camera person, etc. It also includes all kinds of environments, people, and camera angles. The problem is probably much easier to solve if only professional recordings with a dedicated camera person are used and hence this was avoided.

In general, it can be said that this is a small dataset. Normally ~44 hours of footage would be enough for 17 actions. However, each position has a tremendous variety when it comes to camera perspectives, which makes the recognition task hard if there aren't enough samples. This would also mean that we should ideally have the same amount of footage for each different perspective. However, labeling the dataset was already very time-consuming and I didn't keep track of this point.

A HAR model trained on 3D poses might be able solve this camera-perspective problem. However, due to the fact that 3D pose estimation is less accurate than 2D pose estimation, and I already noticed problems with the accuracy of the 2D (see here), this has not been tried (yet). Ideally, however, if the dataset is big enough then the camera perspective problem should be naturally solved.

The dataset is also slightly imbalanced, which actually makes the rgb models slightly biased towards the positions (actions) that have more data.

If you'd like to help with doubling the current size of the dataset, please do open an issue.

In total there are ~17.6K training clips and ~4.9k val clips. This plot shows the number of clips for each class. The RGB is considered the kernel input modality given that the audio modality is only applied to four classes and that the skeleton modality is rather fickle because of the accuracy of 2D pose estimation. Various data augmentation techniques were applied such as rescaling, cropping, flipping, color inversion, gaussian blur, elastic transformation, affine transformation, etc. This further improves the accuracy of the model.

Due to the variety of positions and camera angles, which make the pose estimation difficult as human bodies overlap and are too close, it's only feasible to apply HAR on skeleton data on a few of the actions. The clips generated for the RGB dataset were filtered based on two criteria:

As a preliminary pre-processing step audios that are not loud enough were first pruned from the dataset. The best results were achieved by prunning the bottom 20% of the quietest audios.

In total there are about 5.9K training clips & 1.5K validation clips.