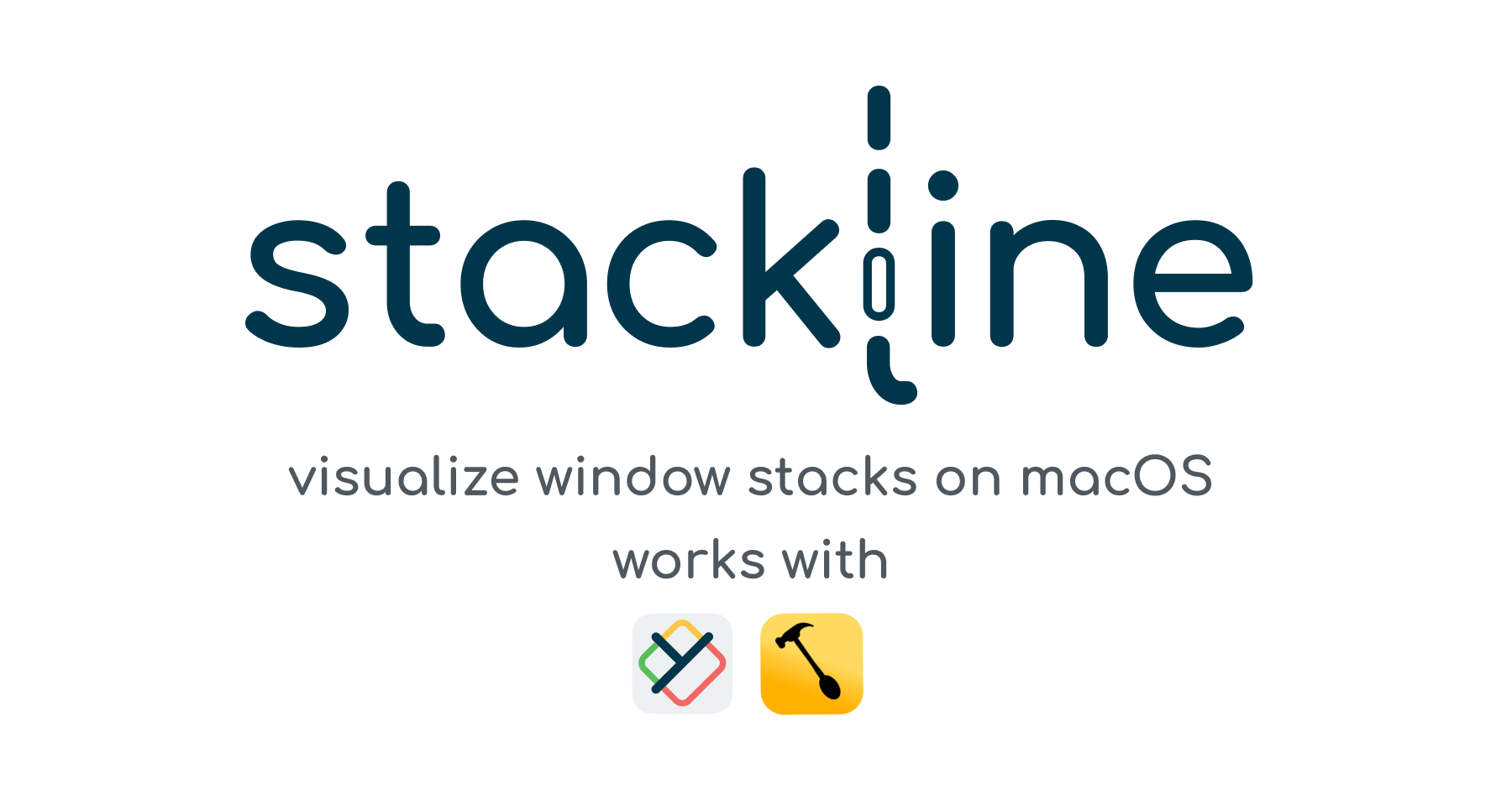 Everything below & more is in the wiki.

What is stackline & why would I want to use it?

A 'stack' enables multiple macOS windows to occupy the same screen space and behave as a single unit.

Stacks are a recent addition (June 2020) to the (excellent!) macOS tiling window manager koekeishiya/yabai. See yabai #203 for more info about yabai's stacking feature. Currently, there's no built-in UI for stacks, which makes it easy to forget about stacked windows that aren't visible or get disoriented.

See wiki for example keybindings to create and navigate between stacks.

1. Clone the repo into ~/.hammerspoon/stackline

This is an optional step. It's required to send configuration commands to stackline from scripts, for example:

Now, assuming you've been issuing these commands from a terminal and also have a browser window open on the same space, make sure your terminal is positioned immediately to the left of your browser and issue the following command (or use keybindings) to create a stack:

Did the terminal window expand to cover the area previously occupied by Safari? Great! At this point, you should notice two app icons at the top-left corner of your terminal window, like this: 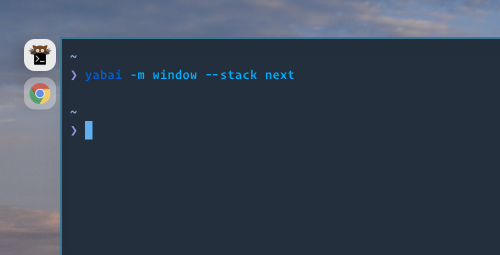 You can toggle minimalist mode by turning the icons off: 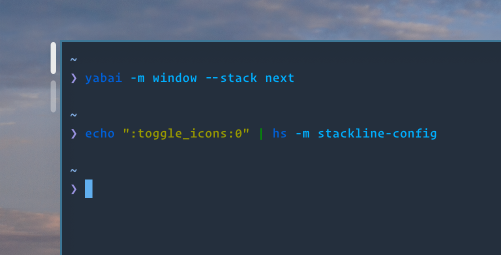 See the wiki to for details about how to do this with a key binding.

All are welcome. Feel free to dive in by opening an issue or submitting a PR.

@alin23 initially proposed the concept for stackline here and encouraged @AdamWagner to share the mostly-broken proof-of-concept publicly. Since then, @alin23 dramatically improved upon the initial proof-of-concept with #13, has some pretty whiz-bang functionality on deck with #17, and has been a great thought partner/reviewer.

@zweck, who, in the same thread, got the gears turning about how @alin23's idea could be implemented and also urged Adam to share his POC.

@johnallen3d for being of one the first folks to install stackline, and for identifying several mistakes & gaps in the setup instructions.

Give a if you think (a more fully-featured version of) stackline would be useful!

…on the shoulders of giants

Thanks to @koekeishiya without whom the wonderful yabai would not exist, and projects like this would have no reason to exist.

Similarly, thanks to @dominiklohmann, who has helped so many people make chunkwm/yabai "do the thing" they want and provides great feedback on new and proposed yabai features.

Thanks to @cmsj, @asmagill, and all of the contributors to hammerspoon for making macos APIs accessible to the rest of us!

stackline is licensed under the  MIT License, the same license used by yabai and hammerspoon.

MIT is a simple permissive license with conditions only requiring the preservation of copyright and license notices. Licensed works, modifications, and larger works may be distributed under different terms and without source code.