The 3DCityDB-Web-Map-Client is a web-based front-end of the 3DCityDB for high-performance 3D visualization and interactive exploration of arbitrarily large semantic 3D city models in CityGML. It utilizes the Cesium Virtual Globe as its 3D geo-visualization engine based on HTML5 and Web Graphics Library (WebGL) to provide hardware acceleration and cross-platform functionalities like displaying 3D graphic contents on web browsers without the needs of additional plugins.

The key features and functionalities of the 3DCityDB-Web-Map-Client is summarized as follows: 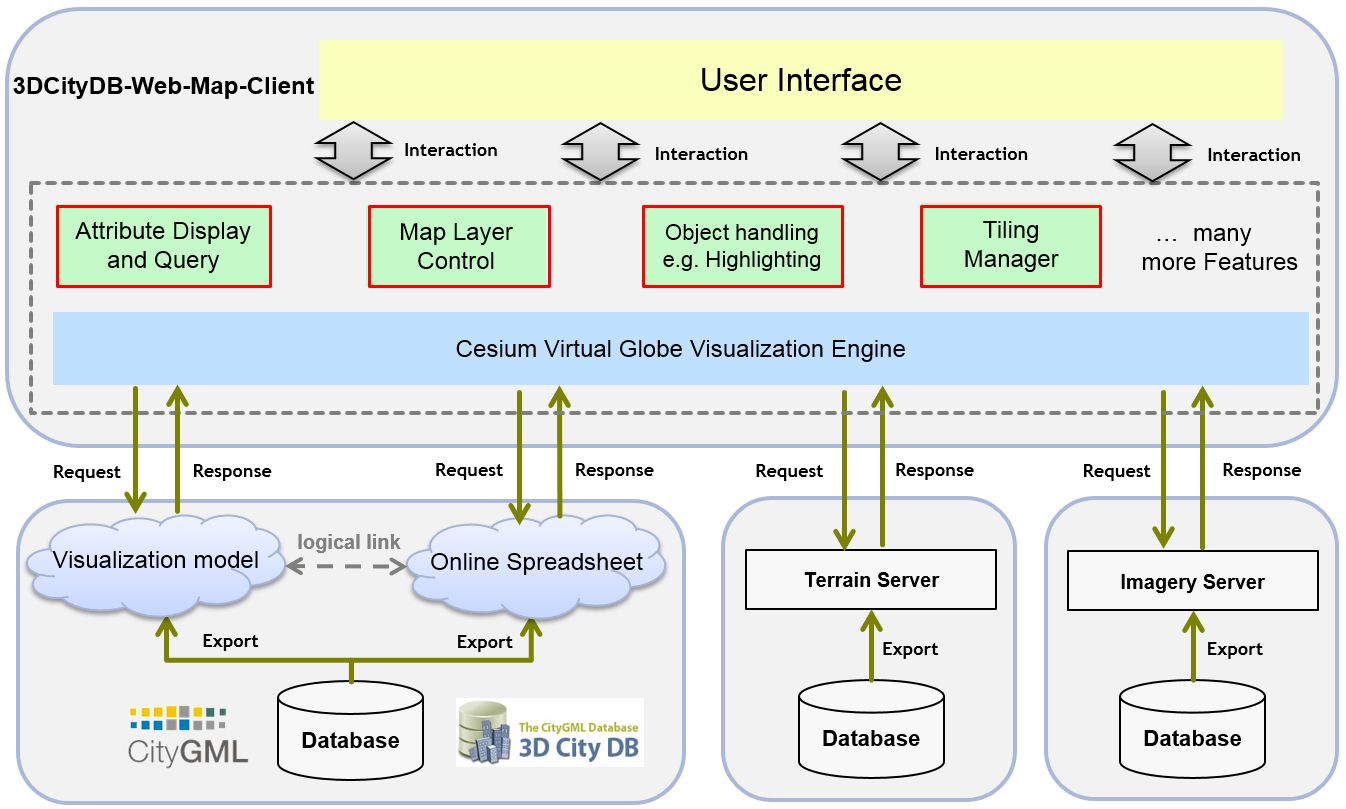 The 3DCityDb-Web-Map-Client is licensed under the Apache License, Version 2.0. See the LICENSE file for more details.

The latest stable release of the 3DCityDB-Web-Map-Client is 1.1.0.

All releases are available from the releases section.

For convenient use, there is an official web link available that can be called to directly run the 3DCityDb-Web-Map-Client on your web browser.

The hardware on which the 3DCityDB-Web-Map-Client will be run must have a graphics card installed that supports WebGL. In addition, the web browser in use must also provide appropriate WebGL support.

You can visit the following website to check whether your web browser supports WebGL or not:

For best performance, it is recommended to use Google Chrome.

A complete and comprehensive documentation on the 3DCityDB-Web-Map-Client is installed with the 3DCityDB Importer/Exporter and is also available online.

The 3DCityDB-Web-Map-Client has been developed by:

and with the support from the following cooperation partners: 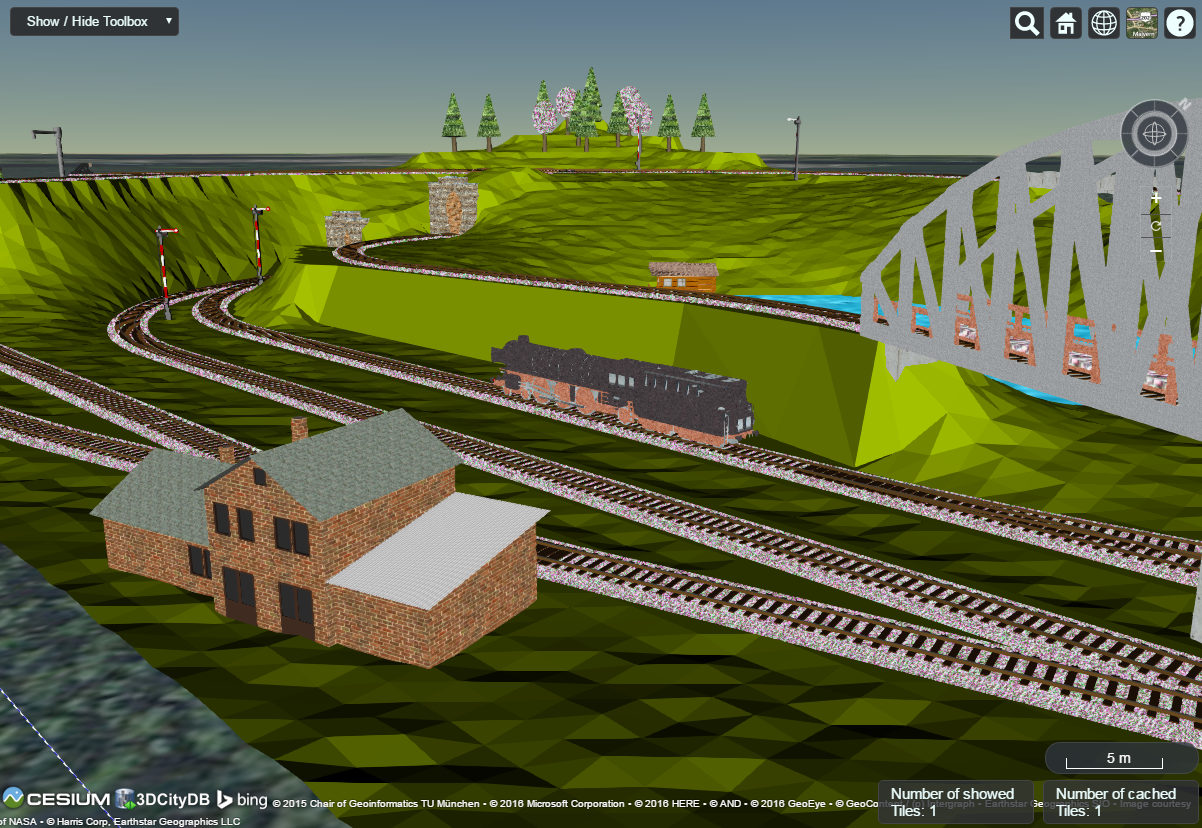 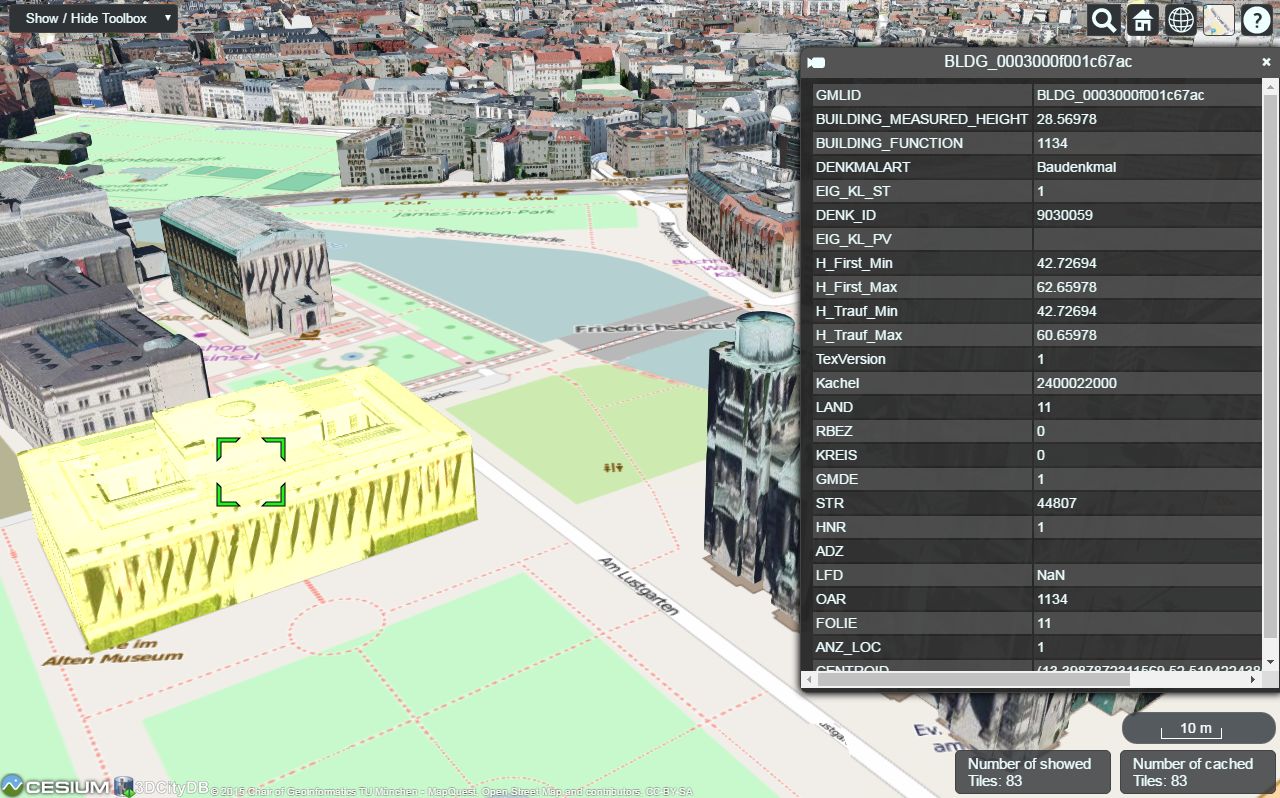 Demo 3: Visualization of semantic 3D City Model of Berlin. This Demo shows all Berlin buildings (> 500,000) with different level of detail 3D geometries (LoD1 and LoD2) and thematic attributes per building 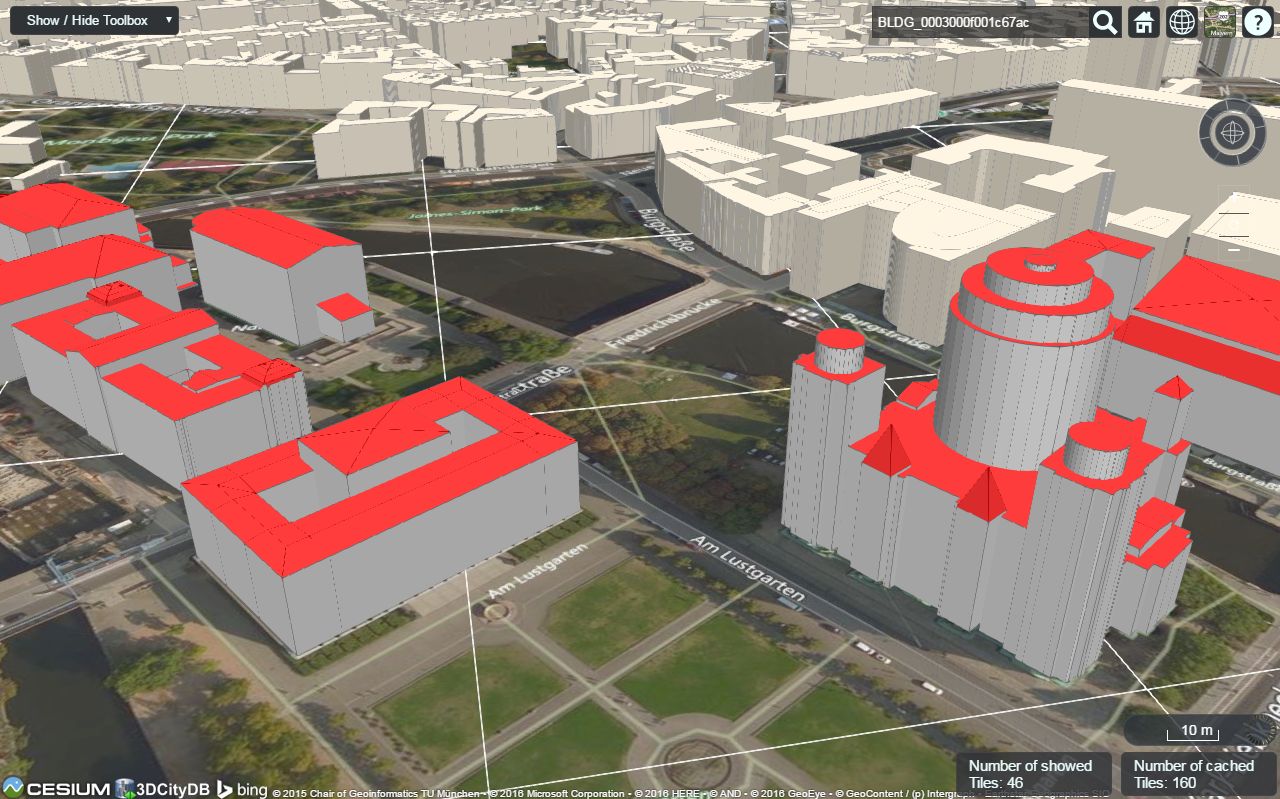 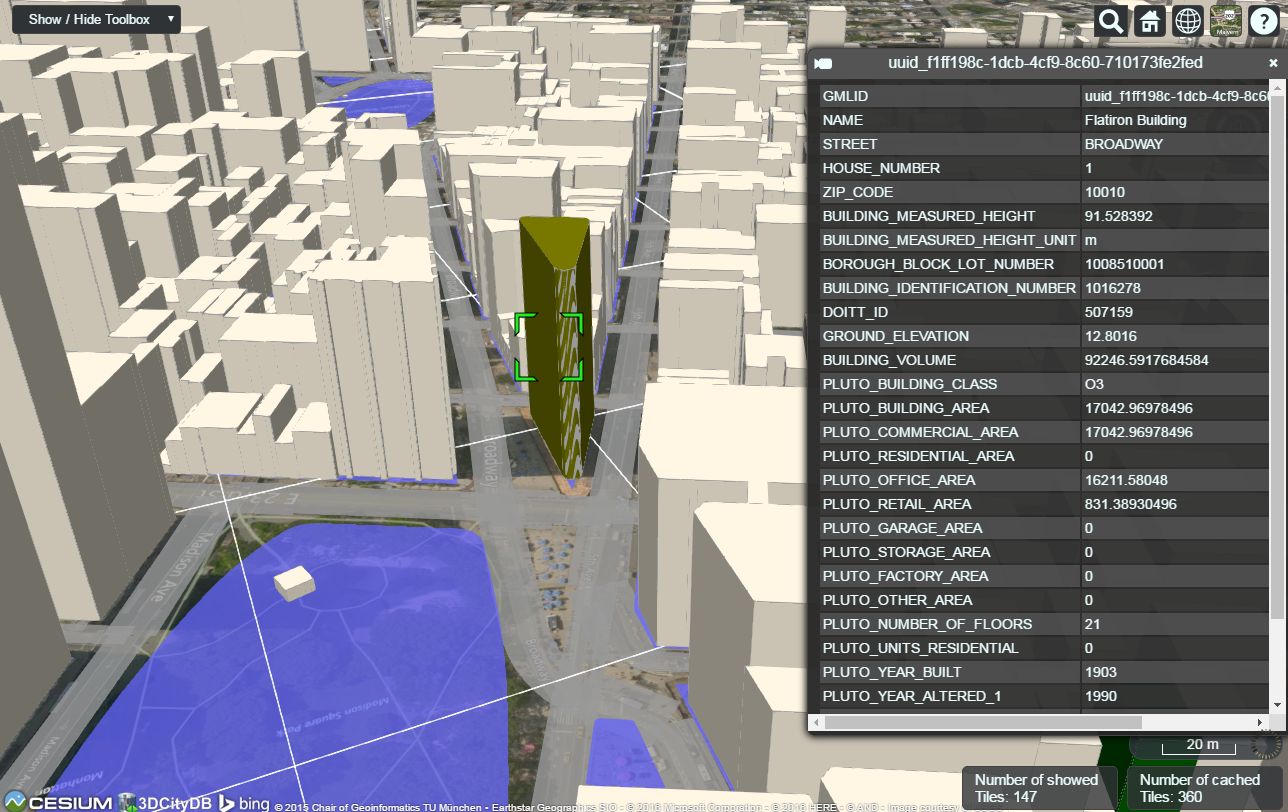 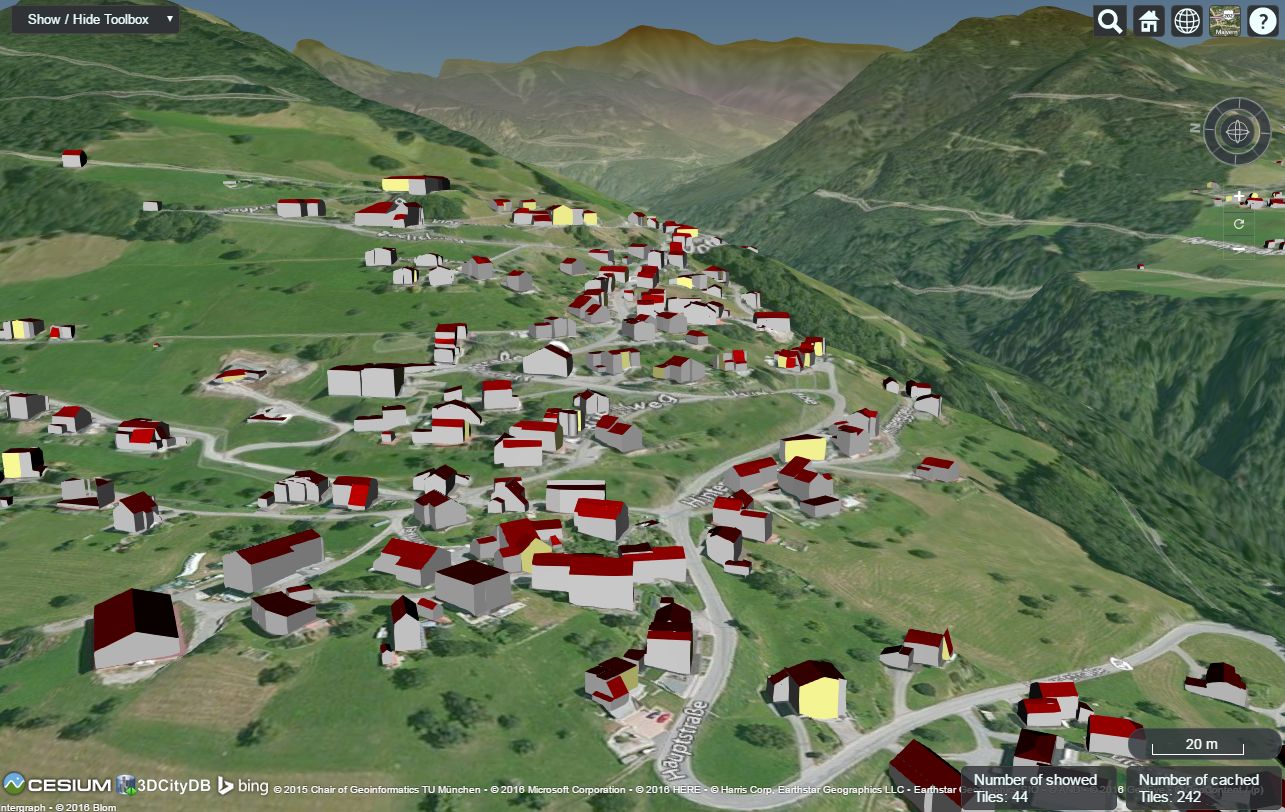 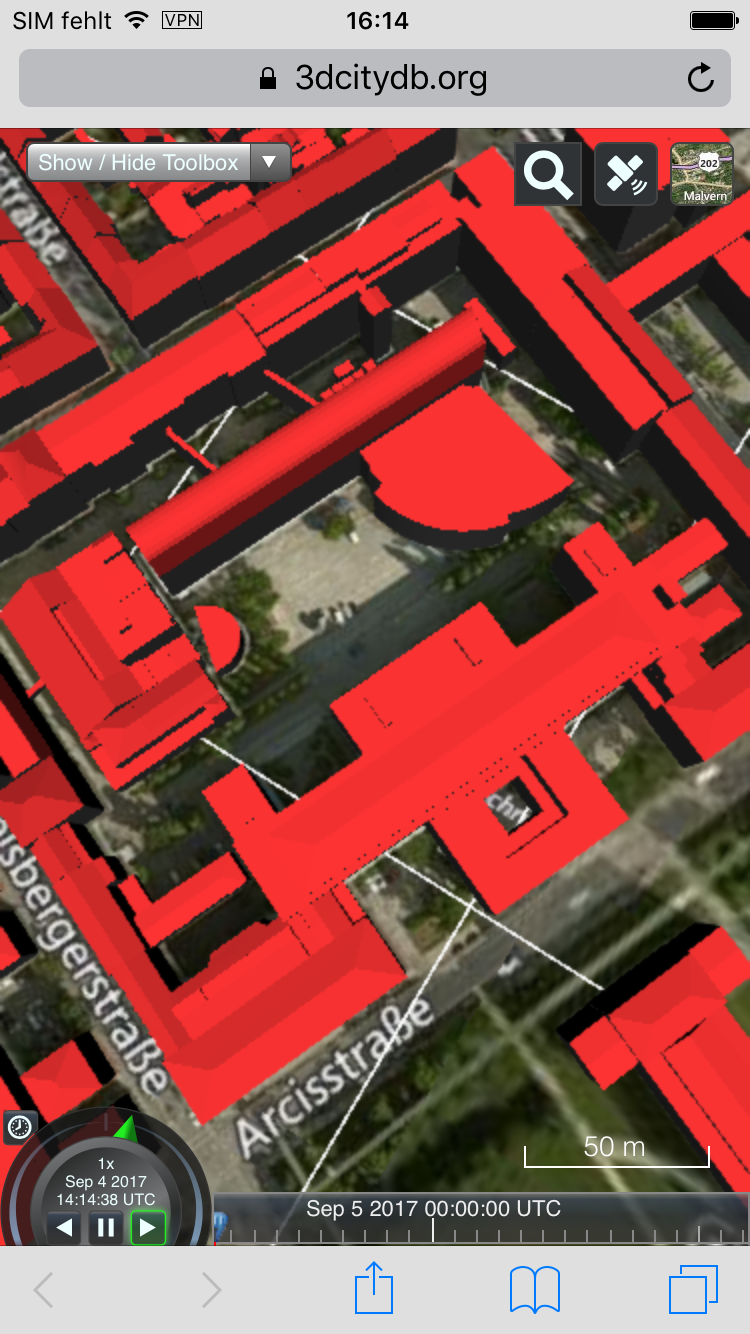 To test the mobile extension

The mobile extension makes use of the Geolocation API and the DeviceOrientation API in HTML5. The Geolocation API only functions via HTTPS since Google Chrome 50. Therefore, make sure the client is called from an HTTPS page or your own localhost.

Since the 3DCityDB-Web-Map-Client may cause a large amount of data traffic, it is recommended to connect your mobile device to an available WLAN before starting the client.

OGC CityGML is an open data model and XML-based format for the storage and exchange of semantic 3D city models. It is an application schema for the Geography Markup Language version 3.1.1 (GML3), the extendible international standard for spatial data exchange issued by the Open Geospatial Consortium (OGC) and the ISO TC211. The aim of the development of CityGML is to reach a common definition of the basic entities, attributes, and relations of a 3D city model.

CityGML is an international OGC standard and can be used free of charge.