To begin with, the paper is based on a kaggle competition 2nd Youtube8M Video Understanding Challenge on Kaggle. It is a video classification task over the YouTube-8M dataset, which contains 8 million videos‘ pre-extracted 1024-dim visual features and 128-dim audio features. There are three baseline methods mentioned in the paper: H-RNN, NetVLAD and NeXtVLAD.

The paper proposed a method to reduce the computation time for video classification using the idea of distillation. Specifically, they first train a teacher network which computes a representation of the video using all the frames in the video. They then train a student network which only processes k frames of the video. Generally, performance of the student network is much poorer than that of teacher network. However, performance of student can be improved under the help of teacher.

They use different combinations of loss functions which ensures that 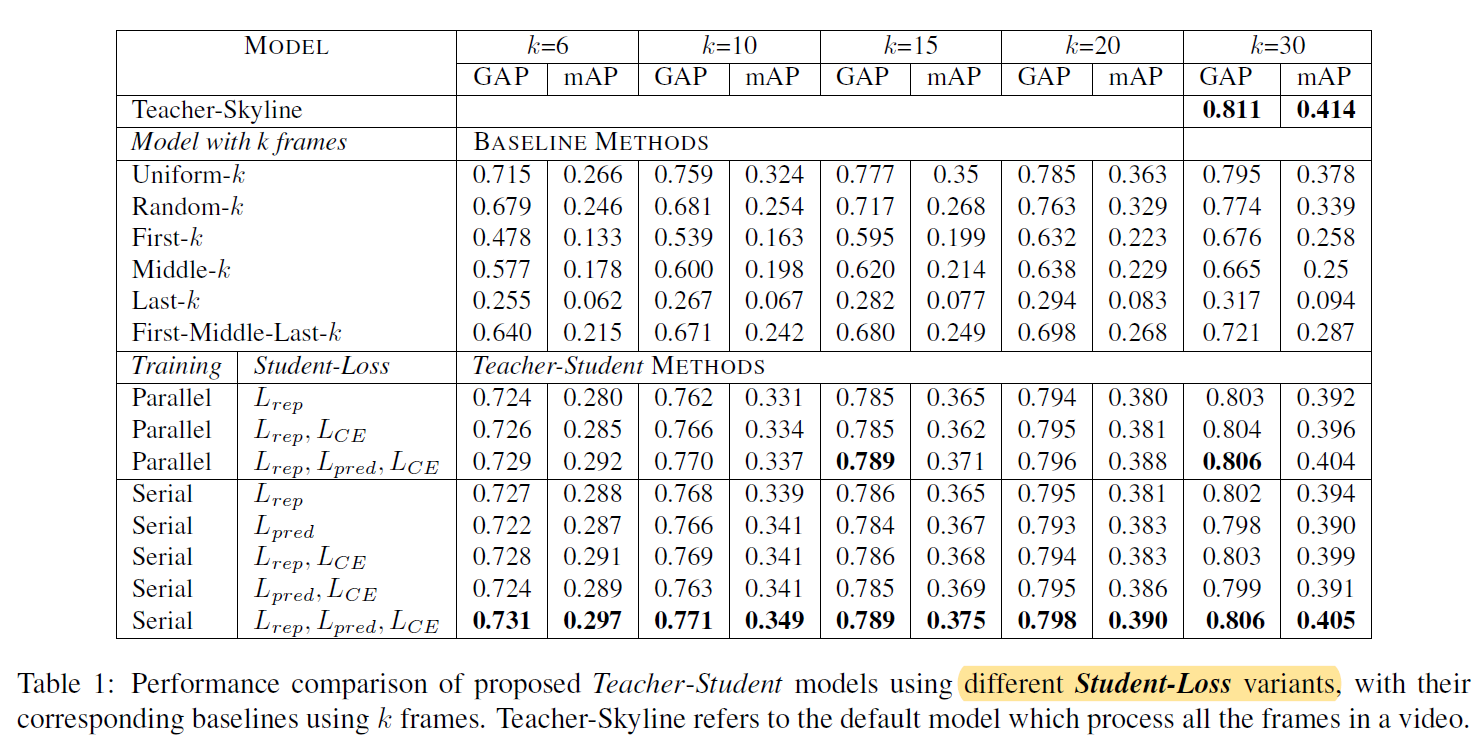 However, the authors did not open their codes. Among the three methods, NeXtVLAD has the best performance. Thus I tried to implement the knowledge distillation method on NeXtVLAD model. 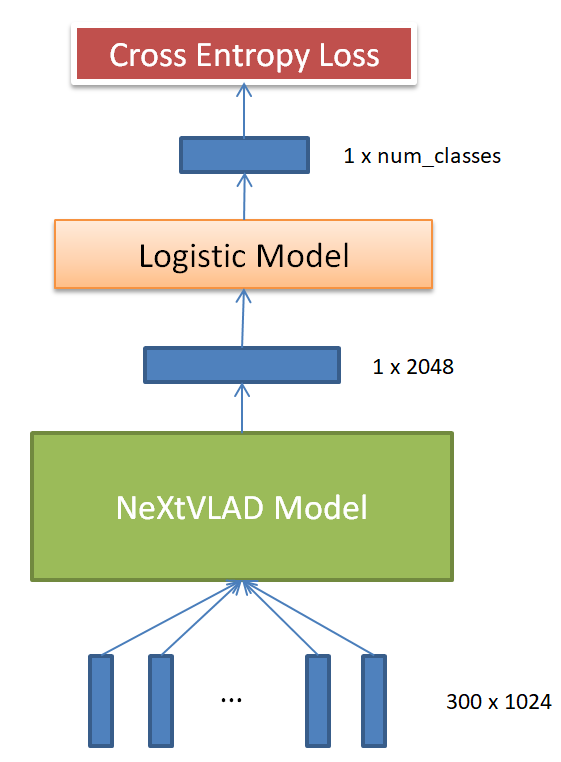 In order to run this code you will need to install:

There is no label message in the test set. So we get validation set as test set.

You can download them with the following linux commands which support breakpoint downloading. You can start with a small part of the dataset. Evaluation indicators GAP and mAP on the 1% validation set is nearly the same as that on the whole validation set.

Lpred: the squared error loss between the probabilities predicted for the m classes by the teacher and the student.

Here is a trick to do the knowledge distillation.

I failed while directly setting $$ loss = LCE+Lrep+Lpred $$ as the paper said but succeeded by setting $$ loss=LCE+0.01 Lpred + 0.001 Lrep $$ I found that the loss setting did not work until I assigned weight to Lrep and Lpred by parameter adjusting time after time. 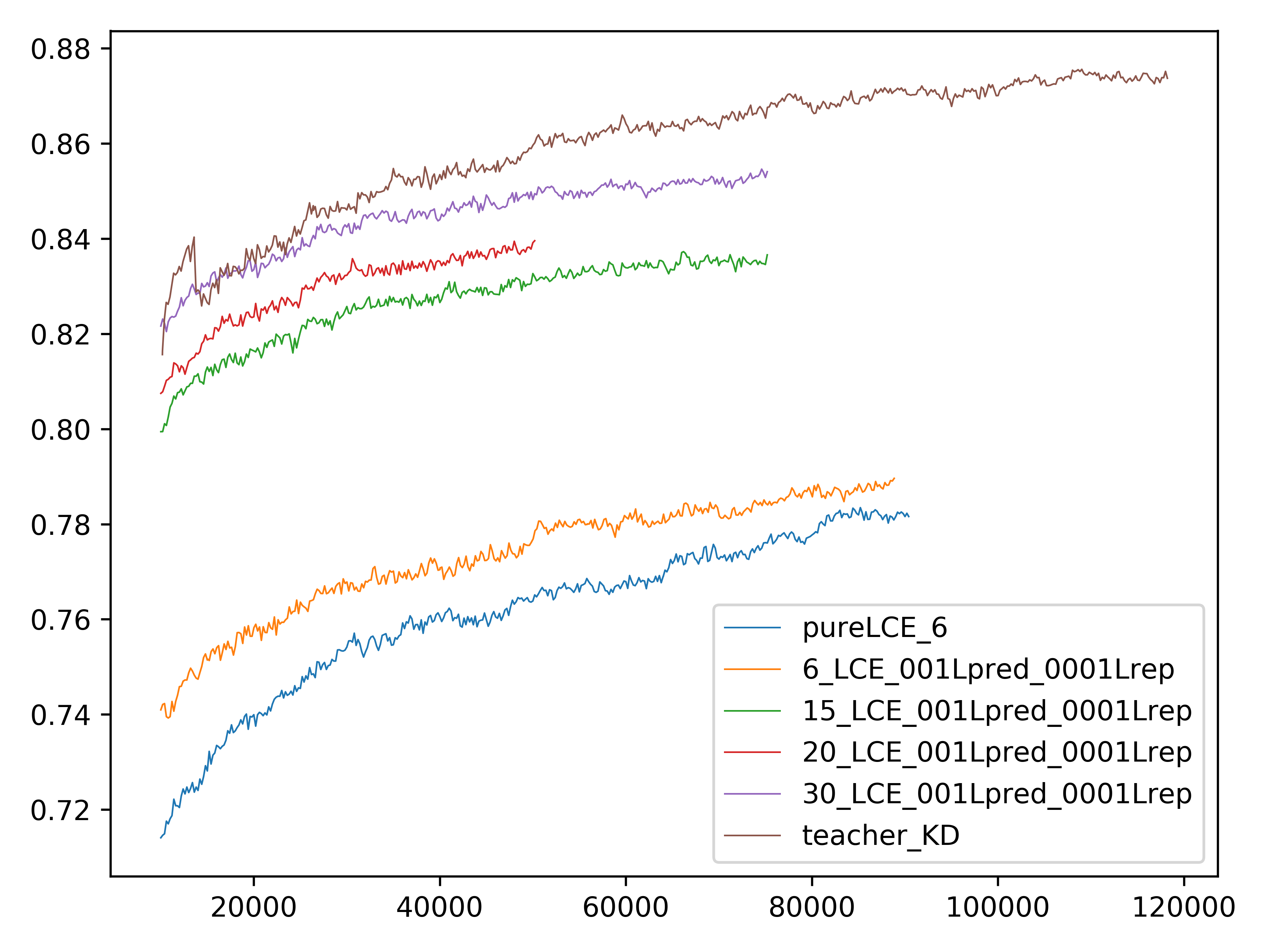