Update (December 2, 2016) TensorFlow implementation of Show, Attend and Tell: Neural Image Caption Generation with Visual Attention which introduces an attention based image caption generator. The model changes its attention to the relevant part of the image while it generates each word.

First, clone this repo and pycocoevalcap in same directory.

This code is written in Python2.7 and requires TensorFlow 1.2. In addition, you need to install a few more packages to process MSCOCO data set. I have provided a script to download the MSCOCO image dataset and VGGNet19 model. Downloading the data may take several hours depending on the network speed. Run commands below then the images will be downloaded in image/ directory and VGGNet19 model will be downloaded in data/ directory.

For feeding the image to the VGGNet, you should resize the MSCOCO image dataset to the fixed size of 224x224. Run command below then resized images will be stored in image/train2014_resized/ and image/val2014_resized/ directory.

Before training the model, you have to preprocess the MSCOCO caption dataset. To generate caption dataset and image feature vectors, run command below.

To train the image captioning model, run command below.

I have provided a tensorboard visualization for real-time debugging. Open the new terminal, run command below and open http://localhost:6005/ into your web browser.

(1) Generated caption: A plane flying in the sky with a landing gear down. 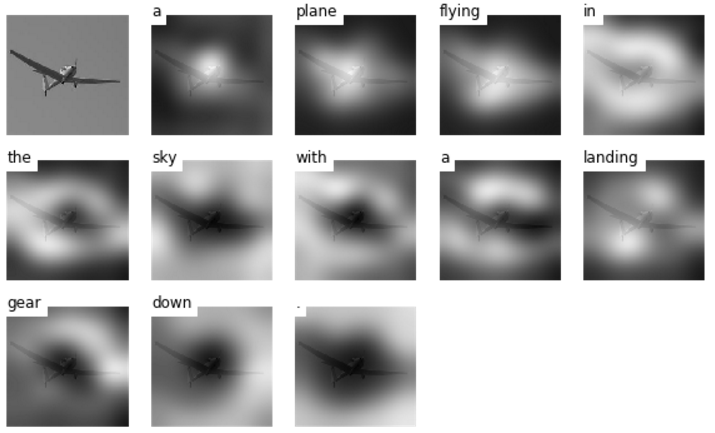 (2) Generated caption: A giraffe and two zebra standing in the field. 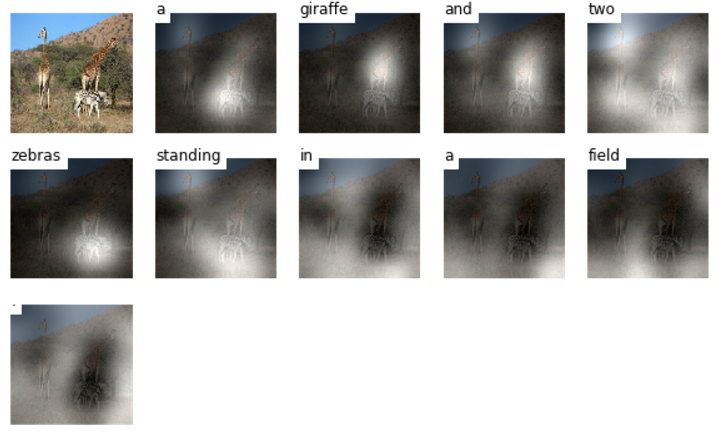 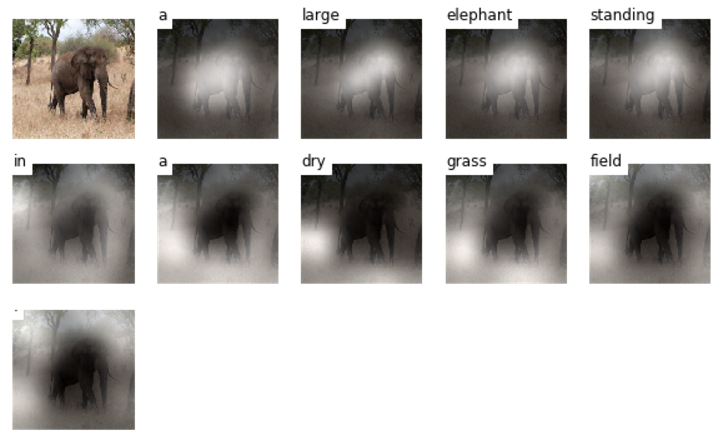 (2) Generated caption: A baby elephant standing on top of a dirt field. 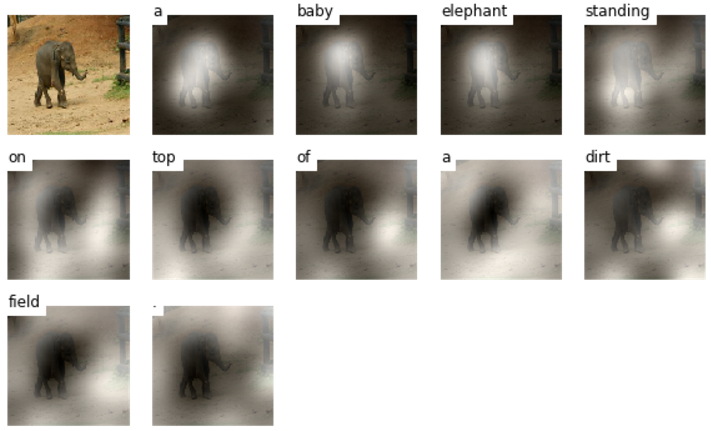 (1) Generated caption: A plane flying over a body of water.

(2) Generated caption: A zebra standing in the grass near a tree. 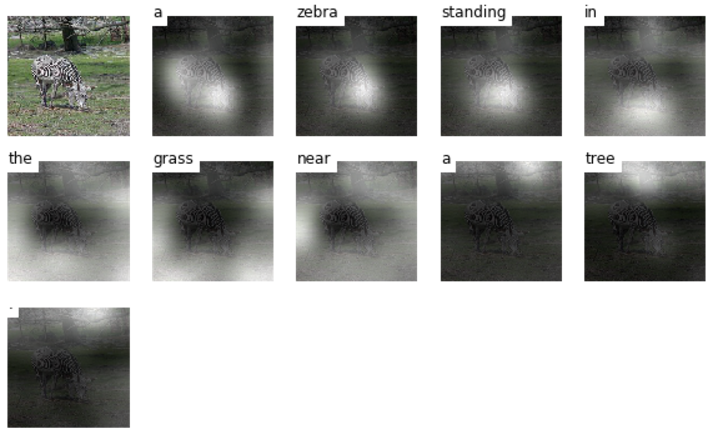