A behavior-driven development (BDD) framework and test runner for Swift projects and playgrounds. It's compatible with both OS X and Linux.

Spectre currently has two built-in reporters, Standard and the Dot reporter. Custom reporters are supported, simply make a type that conforms to Reporter. 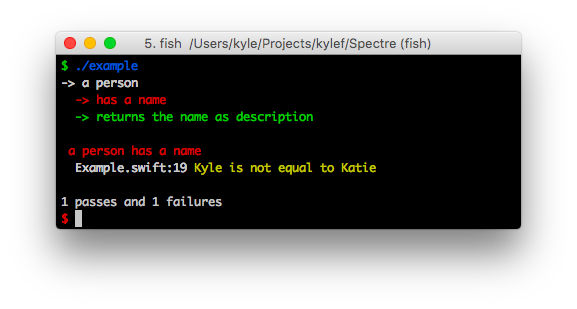 Using the -t argument, you can use the dot reporter.

You can easily provide your own assertions, you just need to throw a failure when the assertion does not meet expectaions.

The following projects use Spectre:

Conche build system has integrated support for Spectre. You can simply add a test_spec to your Conche podspec depending on Spectre and it will run your tests with conche test.

You can use Spectre in an Xcode Playground, open Spectre.playground in this repository, failures are printed in the console. 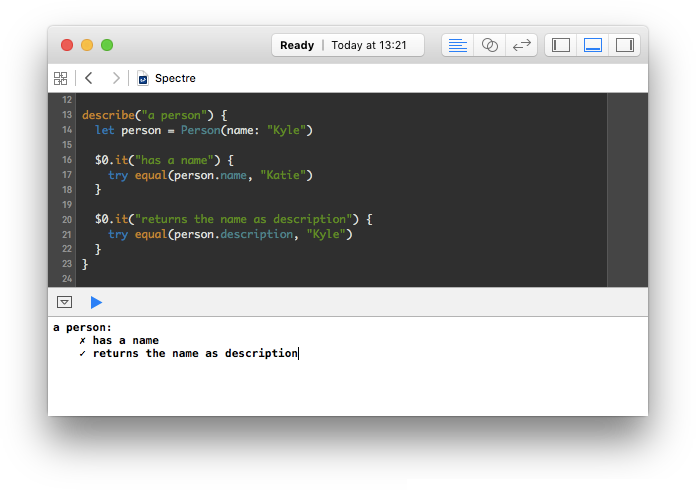 You can build Spectre as a Framework or a library and link against it.

For example, if you clone Spectre and run make it will build a library you can link against:

BDD Framework and test runner for Swift projects and playgrounds