A general python framework for visual object tracking and video object segmentation, based on PyTorch.

Libraries for implementing and evaluating visual trackers. It includes

LTR (Learning Tracking Representations) is a general framework for training your visual tracking networks. It is equipped with

The tracker models trained using PyTracking, along with their results on standard tracking benchmarks are provided in the model zoo.

The toolkit contains the implementation of the following trackers.

Official implementation of KeepTrack. KeepTrack actively handles distractor objects to continue tracking the target. It employs a learned target candidate association network, that allows to propagate the identities of all target candidates from frame-to-frame. To tackle the problem of lacking groundtruth correspondences between distractor objects in visual tracking, it uses a training strategy that combines partial annotations with self-supervision.

Official implementation of the LWL tracker. LWL is an end-to-end trainable video object segmentation architecture which captures the current target object information in a compact parametric model. It integrates a differentiable few-shot learner module, which predicts the target model parameters using the first frame annotation. The learner is designed to explicitly optimize an error between target model prediction and a ground truth label. LWL further learns the ground-truth labels used by the few-shot learner to train the target model. All modules in the architecture are trained end-to-end by maximizing segmentation accuracy on annotated VOS videos. 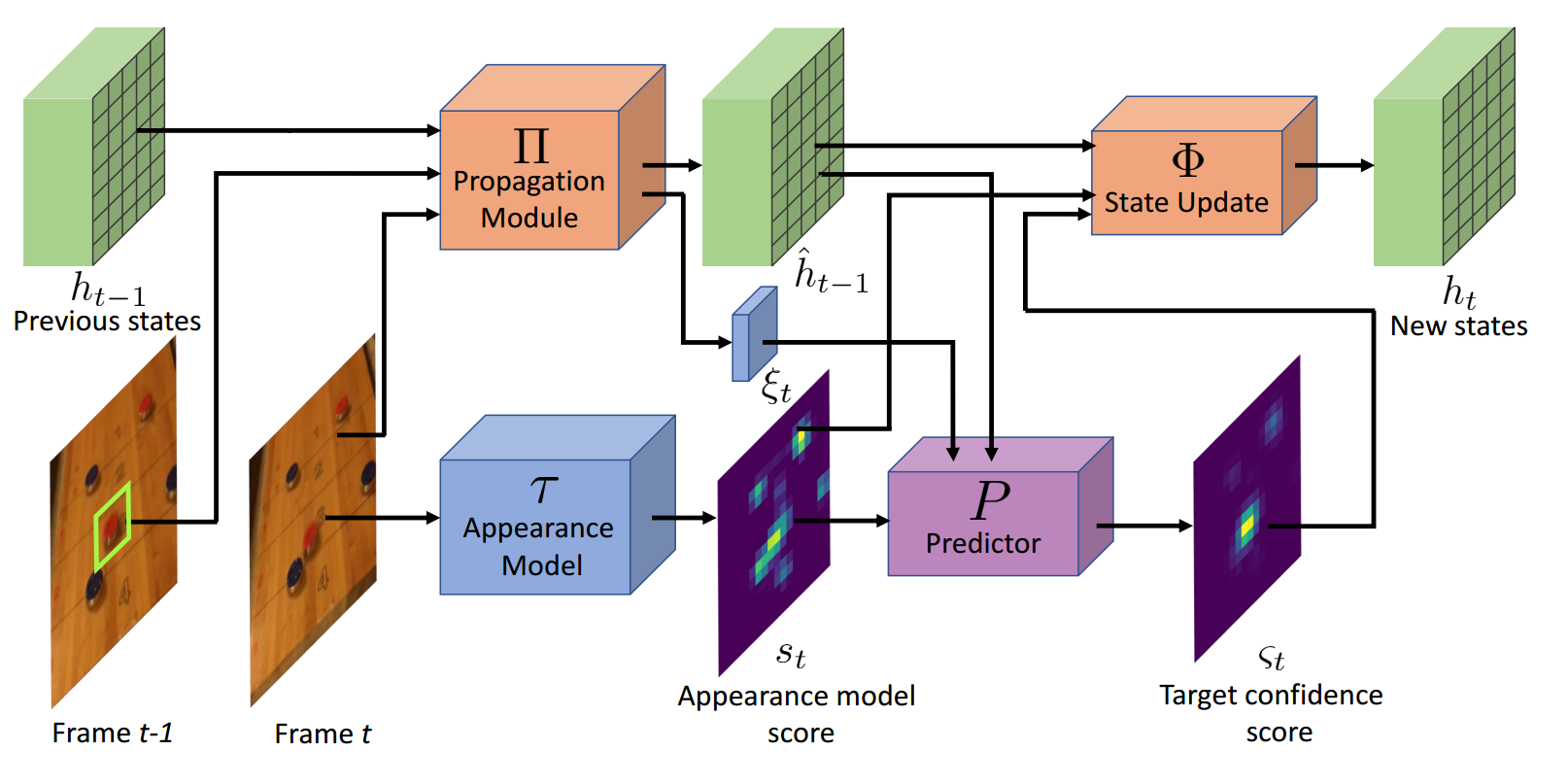 Official implementation of the PrDiMP tracker. This work proposes a general formulation for probabilistic regression, which is then applied to visual tracking in the DiMP framework. The network predicts the conditional probability density of the target state given an input image. The probability density is flexibly parametrized by the neural network itself. The regression network is trained by directly minimizing the Kullback-Leibler divergence.

Official implementation of the DiMP tracker. DiMP is an end-to-end tracking architecture, capable of fully exploiting both target and background appearance information for target model prediction. It is based on a target model prediction network, which is derived from a discriminative learning loss by applying an iterative optimization procedure. The model prediction network employs a steepest descent based methodology that computes an optimal step length in each iteration to provide fast convergence. The model predictor also includes an initializer network that efficiently provides an initial estimate of the model weights. 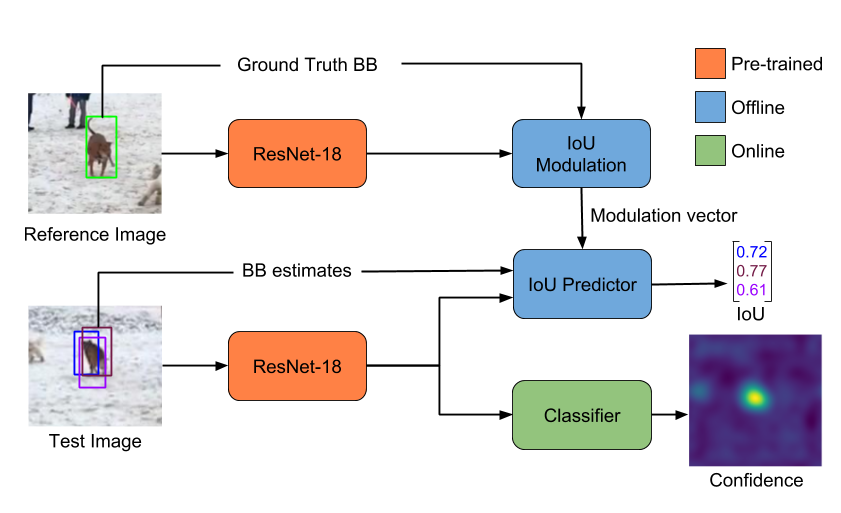 An unofficial implementation of the ECO tracker. It is implemented based on an extensive and general library for complex operations and Fourier tools. The implementation differs from the version used in the original paper in a few important aspects.

Please refer to the official implementation of ECO if you are looking to reproduce the results in the ECO paper or download the raw results.

In the repository directory, run the commands:

Run the installation script to install all the dependencies. You need to provide the conda install path (e.g. ~/anaconda3) and the name for the created conda environment (here pytracking).

This script will also download the default networks and set-up the environment.

Note: The install script has been tested on an Ubuntu 18.04 system. In case of issues, check the detailed installation instructions.

Activate the conda environment and run the script pytracking/run_webcam.py to run ATOM using the webcam input.

pytracking - for implementing your tracker

ltr - for training your tracker

Visual tracking library based on PyTorch.