ciscoconfparse is a Python library, which parses through Cisco IOS-style (and other vendor) configurations. It can:

The library examines an IOS-style config and breaks it into a set of linked parent / child relationships. You can perform complex queries about these relationships. 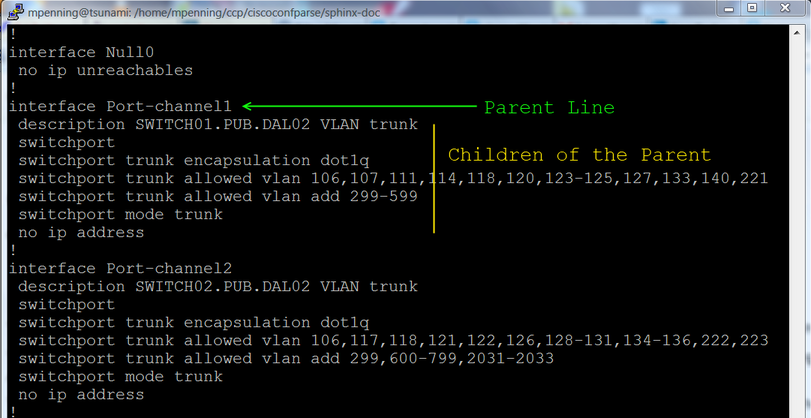 What if we don't use Cisco?

Don't let that stop you.

CiscoConfParse also handles anything that has a Cisco IOS style of configuration, which includes:

You can install into Python2.x with pip:

If you don't want to use pip, you can install with easy_install:

Otherwise download it from PyPi, extract it and run the setup.py script:

If you're interested in the source, you can always pull from the github repo or bitbucket repo:

Travis CI project tests ciscoconfparse on Python versions 2.7 through 3.7, as well as a pypy JIT executable.

Click the image below for details; the current build status is:

ciscoconfparse is not affiliated with Cisco Systems in any way; the word "Cisco" is a registered trademark of Cisco Systems