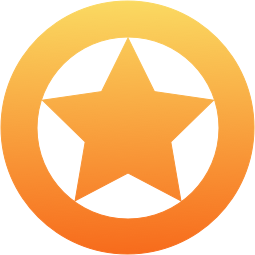 In Swift, we all deal with JSON, plists, and various forms of [String: Any]. Marshal believes you don't need a Ph.D. in monads or magic mirrors to deal with these in an expressive and type safe way. Marshal will help you write declarative, performant, error handled code using the power of Protocol Oriented Programming™.

Extracting values from [String: Any] using Marshal is as easy as

Unmarshaling is the process of taking an intermediary data format (the marshaled object) and tranforming it into a local representation. Think of marshaling as serialization and unmarshaling as deserialization, or coding and decoding, respectively.

Now, just by virtue of supplying a simple initializer you can pull your models directly out of [String: Any]!

That was easy! Thanks, Protocol Oriented Programming™!

Are you the shoot-from-the-hip type that doesn't care about errors? Use try? to give yourself an optional value. Otherwise, join us law-abiding folks and wrap your code in a do-catch to get all the juicy details when things go wrong.

Add Your Own Values

Out of the box, Marshal supports extracting native Swift types like String, Int, etc., as well as URL, anything conforming to Unmarshaling, and arrays of all the aforementioned types. It does not support extraction of more complex types such as Date due to the wide variety of date formats, etc.

However, Marshal doesn't just leave you up the creek without a paddle! Adding your own Marshal value type is as easy as extending your type with ValueType.

By simply implementing value(from:), Marshal allows you to immediately do this:

Back to the Marshaled Object

We've looked at going from our [String: Any] into our local models, but what about the other way around?

Now, you might be thinking "but couldn't I use reflection to do this for me automagically?" You could. And if you're into that, there are some other great frameworks for you to use. But Marshal believes mirrors can lead down the road to a world of hurt. Marshal lives in a world where What You See Is What You Get™, and you can easily adapt to APIs that snake case, camel case, or whatever case your backend developers are into. Marshal code is explicit and declarative. But don't just take Marshal's word for it—read the good word towards the end here on the official Swift blog.

Of course, Marshal wouldn't be the Marshal if it didn't have some of the fastest guns in the West. You should always take benchmarks with a grain of salt, but chew on these benchmarks for a bit anyway.

Marshal began as a blog series on JSON parsing by Jason Larsen, but quickly evolved into a community project. A special thanks to the many people who have contributed at one point or another to varying degrees with ideas and code. A few of them, in alphabetical order:

Marshaling the typeless wild west of [String: Any]