NB This is the version 2 of EmailEngine. If you are looking for the previous version, you can find it here.

Headless email client that makes IMAP and SMTP resources available over REST. Integrate email accounts with your service with ease!

This example assumes that Redis is installed locally and does not require any authentication. See docs for other options.

Later, when you want to upgrade, just download the newer version and restart the emailengine service. 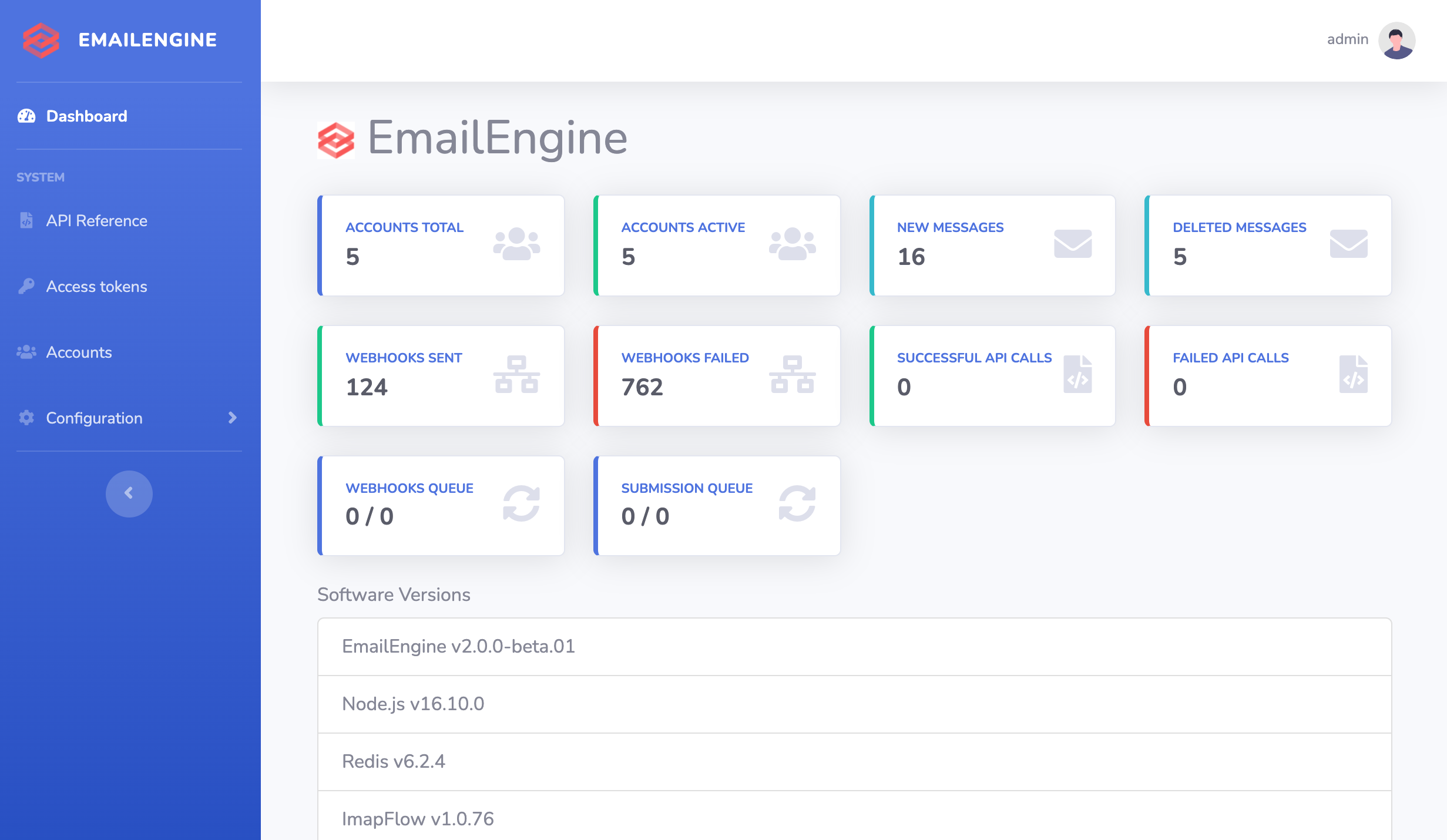 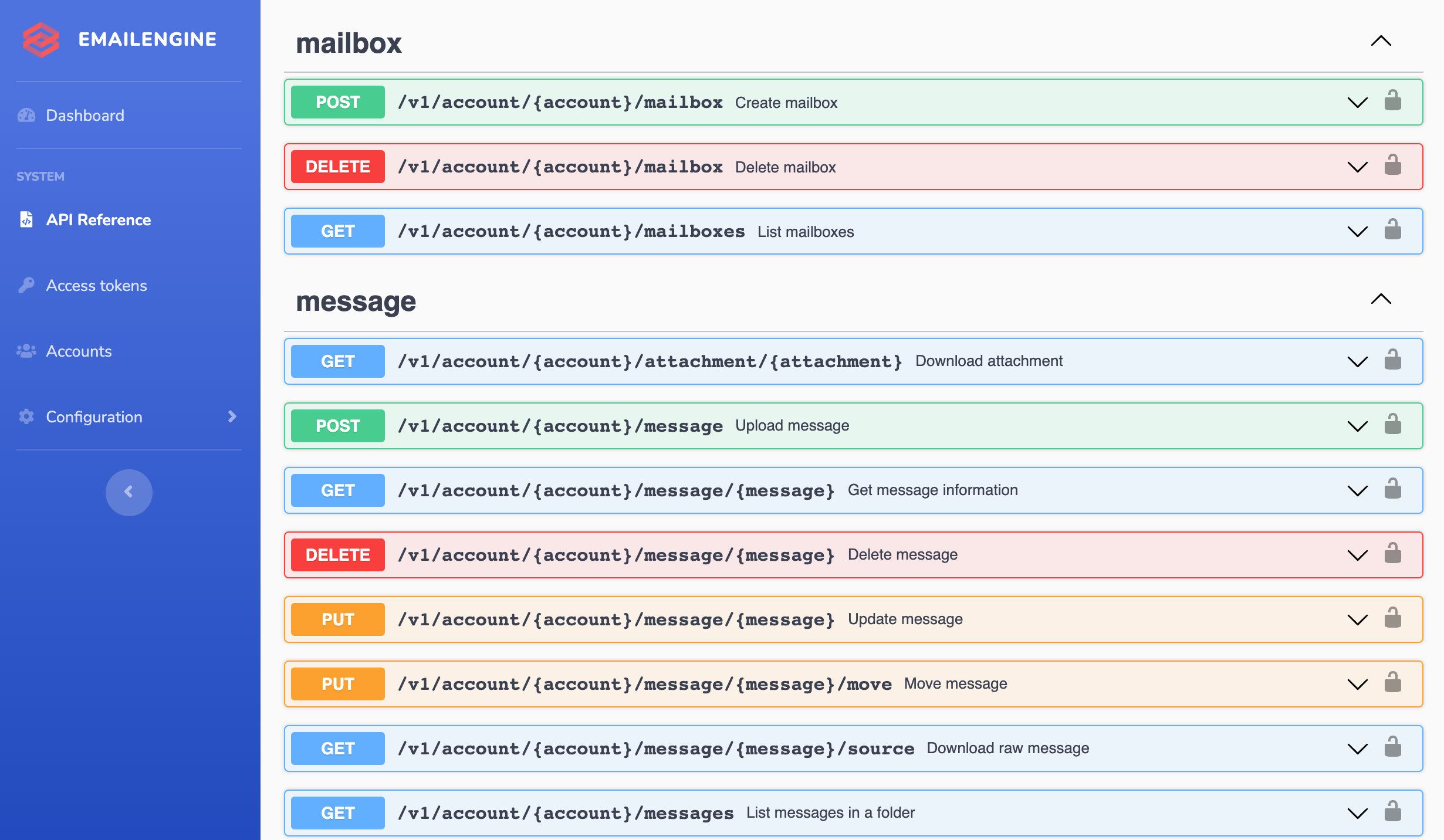 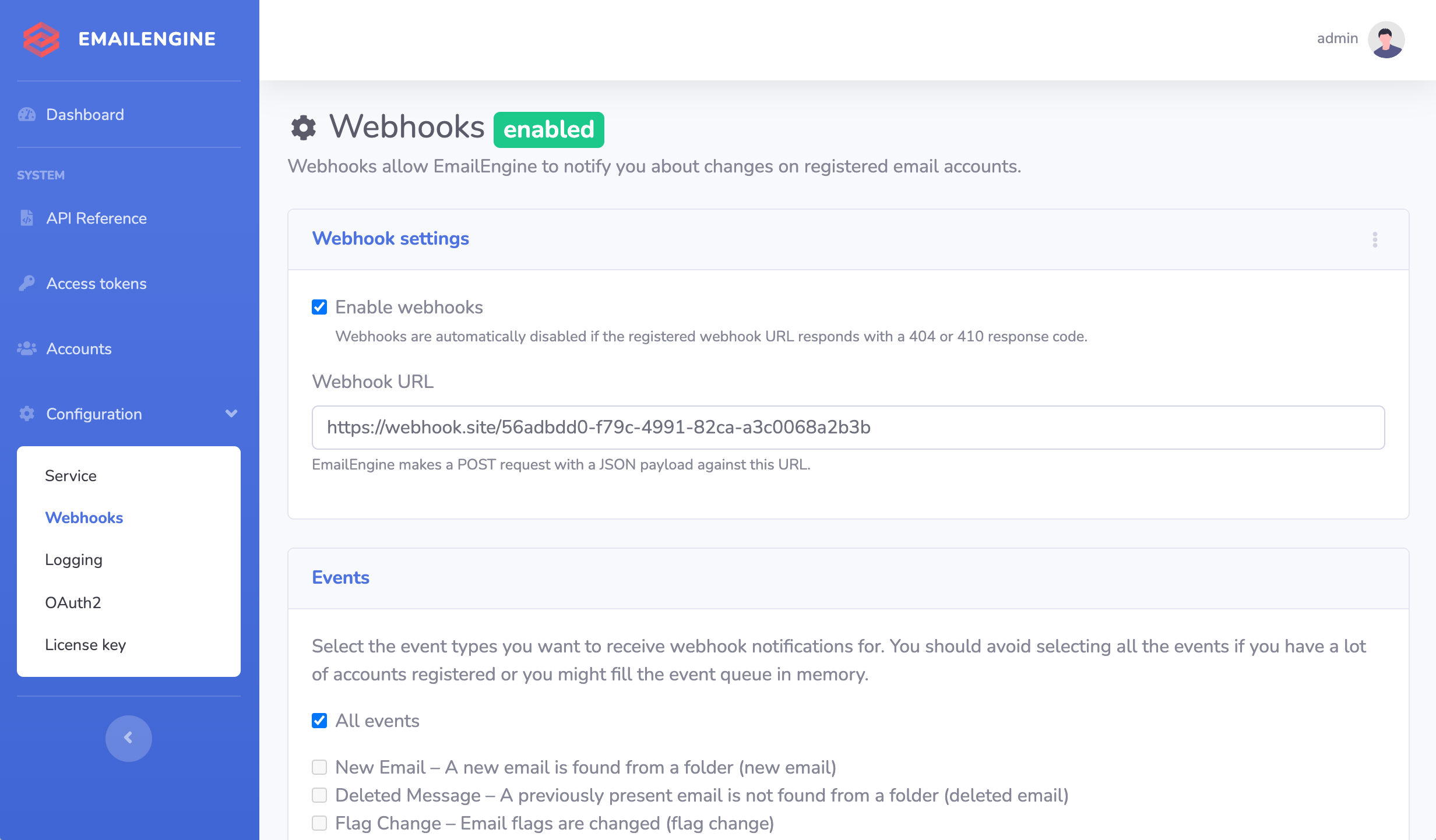 Run the following command to see the version and license information both for EmailEngine and for the included modules.

There is no official Redis release for Windows but you can use an alternative like Memurai.

Tip! Try to keep the latency between EmailEngine and Redis as low as possible, best if these would run in the same machine or at least in the same DC. EmailEngine runs a separate Redis command for each message in a folder when syncing messages, so if the latency is not low then it takes a long time to sync a folder with a lot of messages,

By default EmailEngine allows connections only from localhost. To change this either edit config file or use --api.host="0.0.0.0" cli option. This would enable outside access, so you should use firewall or a proxy to only allow trusted sources.

You can use the included install script to set up

NB! Tested with Ubuntu 20.04 and Debian 11. Might not work with other OS versions.

Read about running EmailEngine as a SystemD service here

See the documentation for using EmailEngine with Docker here.

EmailEngine is using Redis as it's data store. Redis stores everything in RAM so if something weird happens, EmailEngine could flood Redis and make the app unusable once there is no available space left.

First thing to do is to check what is actually going on. EmailEngine provides a few tools for that:

There is a Prometheus output available at /metrics URL path of the app.