Main objective of this project is to explore ways to compress deep neural networks, so that the state of the art performance can be ahieved over a resource-constrained devices eg. embedded devices.

This reduction in model size is basically done by both using architectural changes and using techniques like Pruning, Huffman Coding and Weight sharing.

In our approach we have tried We have started with these papers SqueezeNet and Deep Compression.

The main objective is to make changes in architecture to have model compression(reduction in number of parameters used) without significant loss in accuracy. Each convolutional layer will be replaced with a Fire Module. The basic block diagram of Fire Module is below: The strategy behind using this Fire Module is to reduce the size of kernels. Fire module consists of two layers:

In the paper Deep Compression: Compressing Deep Neural Networks with Pruning, Trained Quantization and Huffman Coding, the authors have proposed a three-stage pipeline to reduce the storage requiments of deep neural networks:

Experiments were performed by applying the ideas of deep compression on following architechtures: 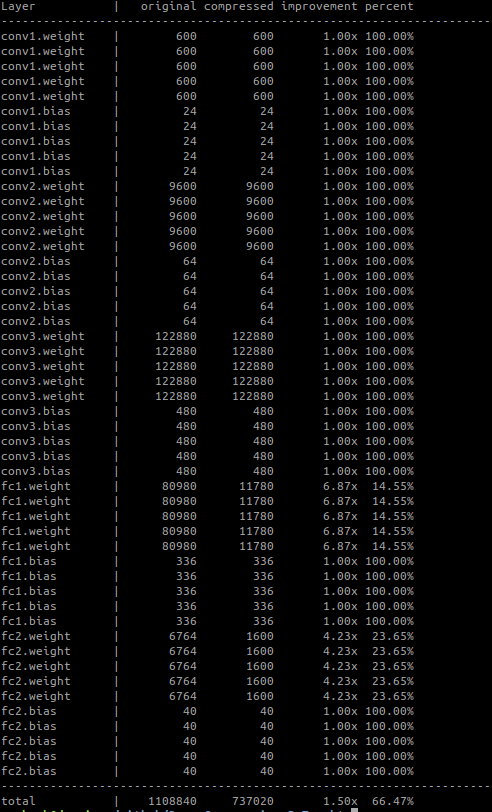 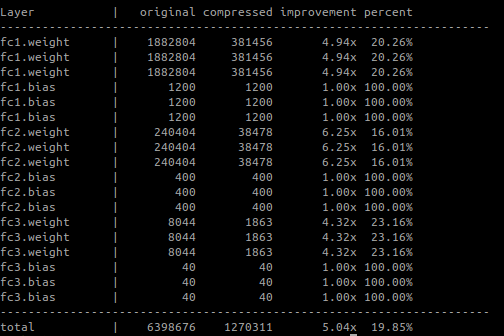