The TinyKV course builds a key-value storage system with the Raft consensus algorithm. It is inspired by MIT 6.824 and TiKV Project.

After completing this course, you will have the knowledge to implement a horizontally scalable, highly available, key-value storage service with distributed transaction support. Also, you will have a better understanding of TiKV architecture and implementation.

The whole project is a skeleton code for a key-value server and a scheduler server at the beginning - you need to finish the core logic step by step: 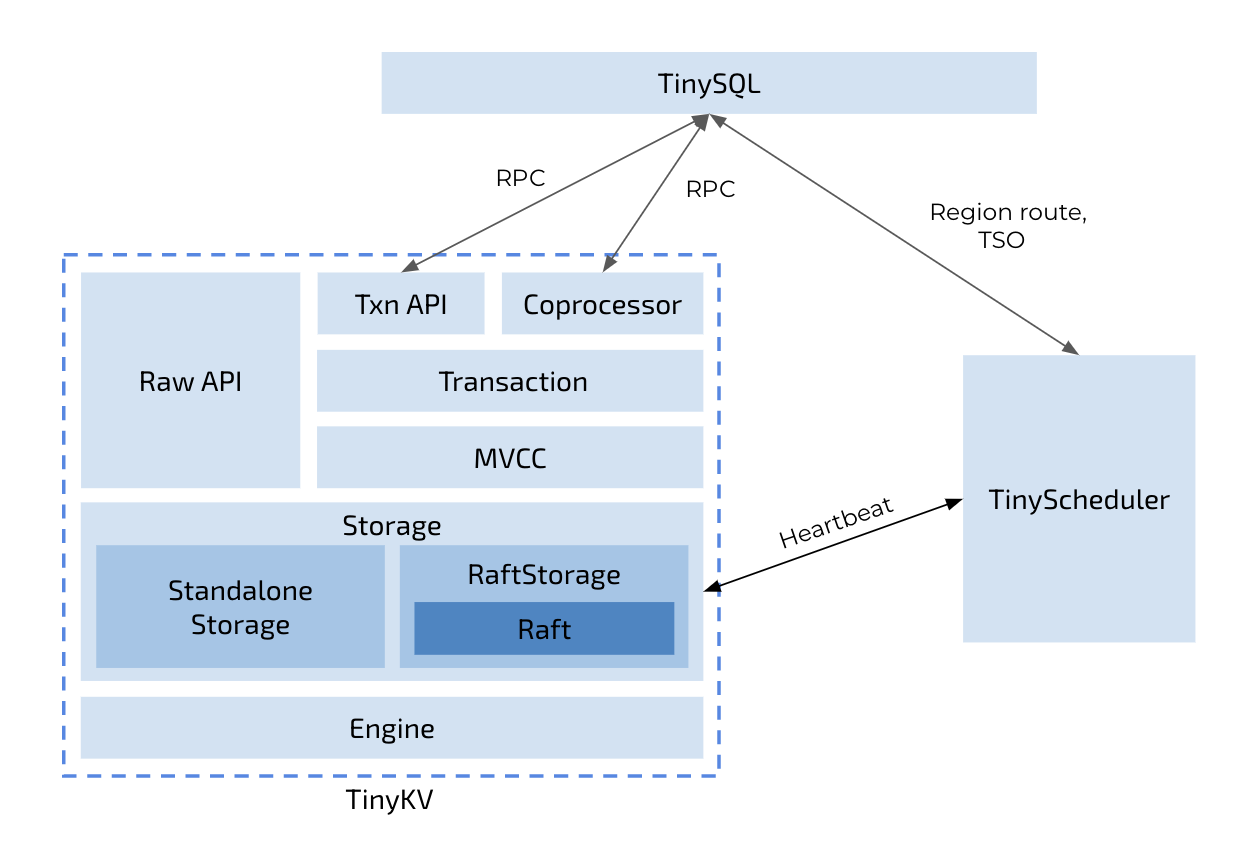 Similar to the architecture of TiDB + TiKV + PD that separates the storage and computation, TinyKV only focuses on the storage layer of a distributed database system. If you are also interested in the SQL layer, please see TinySQL. Besides that, there is a component called TinyScheduler acting as a center control of the whole TinyKV cluster, which collects information from the heartbeats of TinyKV. After that, the TinyScheduler can generate scheduling tasks and distribute the tasks to the TinyKV instances. All of instances are communicated via RPC.

The whole project is organized into the following directories:

We provide a reading list for the knowledge of distributed storage system. Though not all of them are highly related with this course, they can help you construct the knowledge system in this field.

Also, you're encouraged to read the overview of TiKV's and PD's design to get a general impression on what you will build:

Clone the source code to your development machine.

Build TiDB from the source code.

It builds the binary of tinykv-server and tinyscheduler-server to bin dir.

Now you can connect to the database with an official MySQL client:

Any feedback and contribution is greatly appreciated. Please see issues if you want to join in the development.