JSONExport is a desktop application for Mac OS X written in Swift. Using JSONExport you will be able to:

Each generated file, besid the getters and setters (for Java) can include:

Currently you can convert your JSON object to one of the following languages:

Screenshot shows JSONExport used for a snippet from Twitter timeline JSON and converting it to Swift-CoreData. 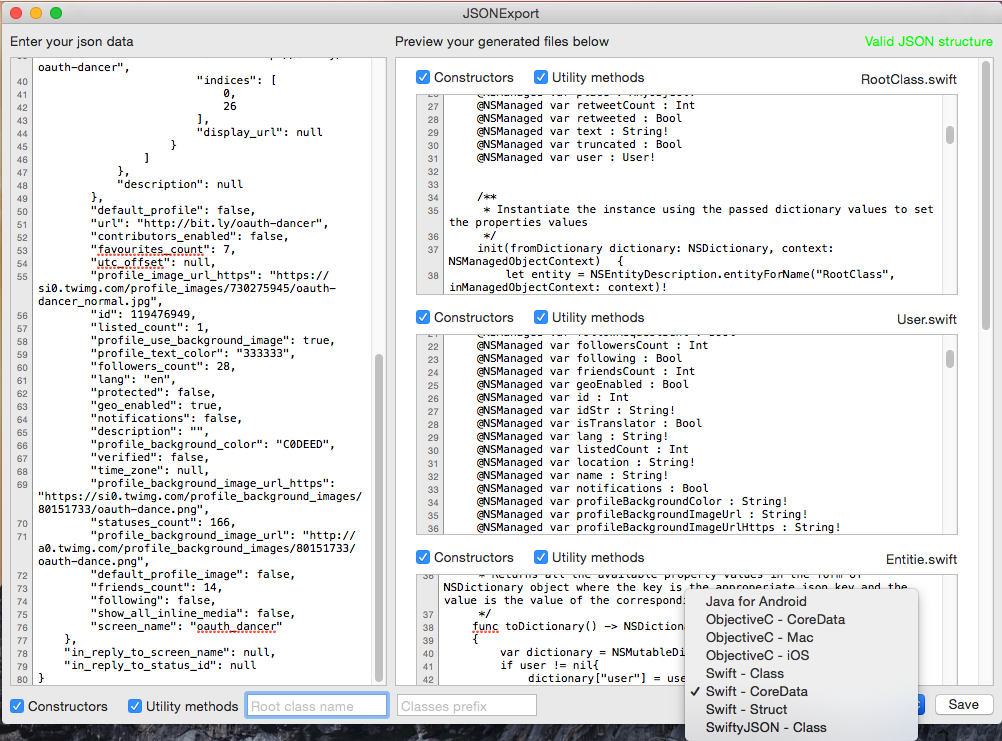 Kindly clone the project, and build it using xCode 8 and above.

The application still in its early stage. Please report any issue so I can improve it.

JSONExport is available under custom version of MIT license.

JSONExport is a desktop application for Mac OS X which enables you to export JSON objects as model classes with their associated constructors, utility methods, setters and getters in your favorite language.