Here are a few moves that I played to demonstrate how the bot works:

The above is a textual representation of part of the "state tree" of @tweet2doom.
All branches of the state tree begin with the ROOT tweet. You can reply to any node of this tree to generate a new game state / branch. The full state tree can be explored here: https://tweet2doom.github.io 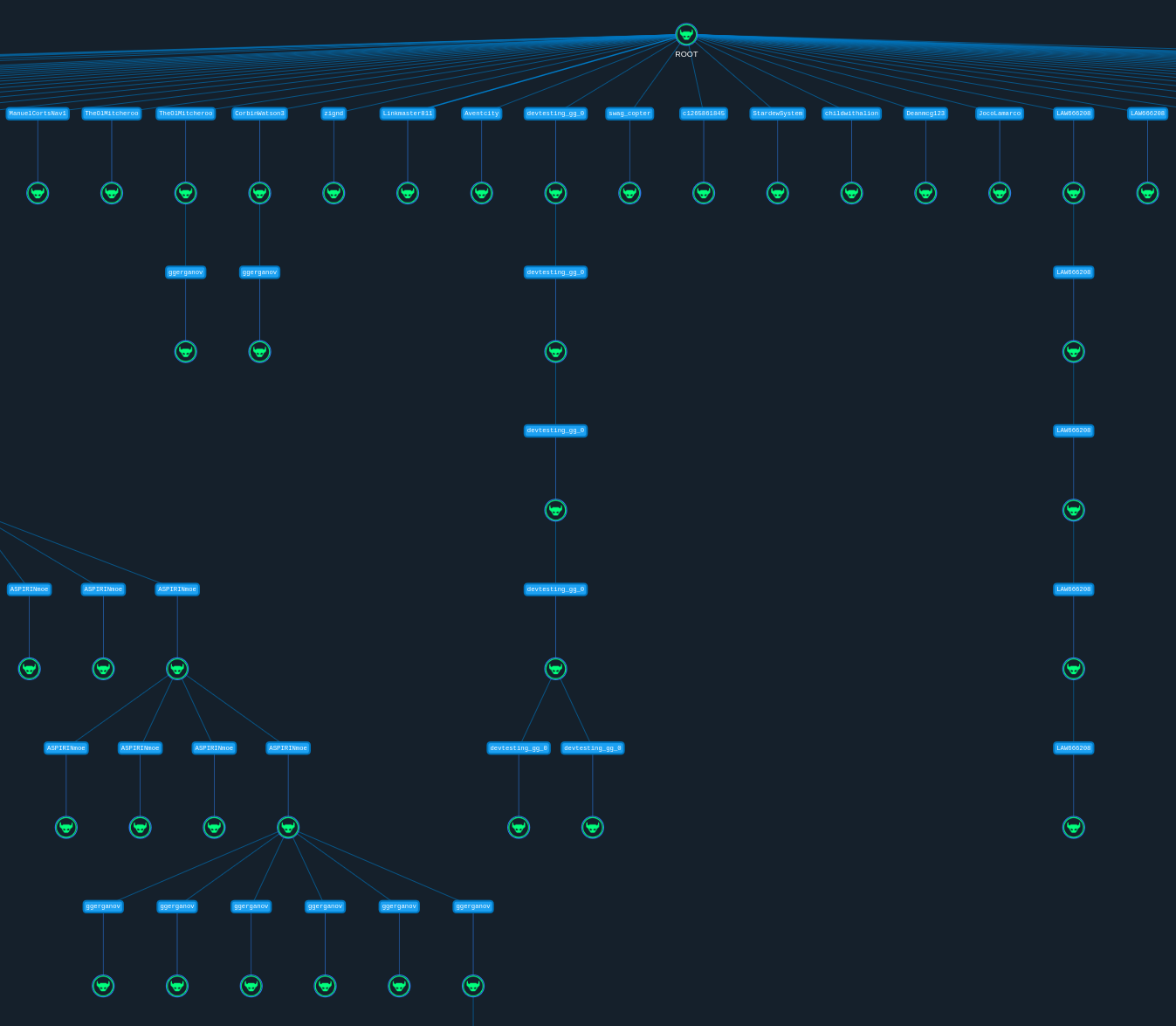 Fig 1. The state tree of @tweet2doom

Here are a few tips for navigating the state tree on Twitter: 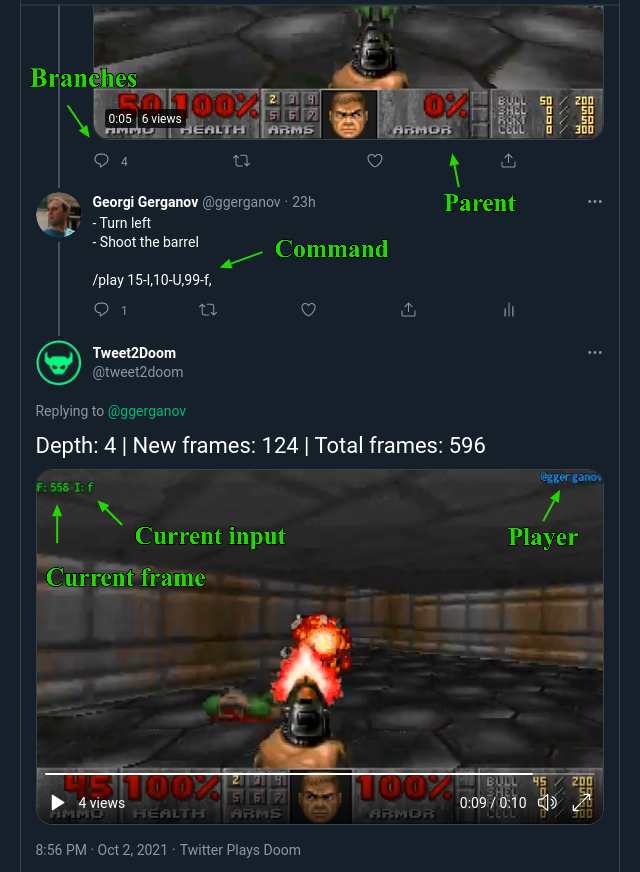 Below is a technical description of how the bot is implemented. For instructions about how to use it, simply visit @tweet2doom on Twitter and read the instructions in the ROOT tweet.

This is my first Twitter bot, so most likely there are multiple bad practices here. Also, a few setup instructions are omitted in the current description, such as creating API access tokens, setting environment variables, etc., but it should not be too difficult to figure them out. The doomreplay fork is used to generate the gameplay videos by passing keyboard input from a text file. The rest of the bot consists of 3 independent processes written in Bash, Node and C++ to manage all the data:

The described infrastructure makes use of the atomicity of the mv (i.e. rename) operation on Unix system. This way, the 3 processes can safely pass each other the data. In theory, with small modifications, there can be multiple ./processor/service.sh instances running in parallel in order to process things faster.

Why 3 separate processes? The first process needs to be separated from the rest in order to process the filtered stream as fast as possible in case of a heavy income of new tweets. Delaying the processing can drop your connection and cause you to miss some of the events. The second process is separated from the third mainly because of the 1 reply per 36 seconds restriction - i.e. we can start generating the next video even before we replied to the previous one.

All of this runs on a 2GB Linode $10/month server and it should be able to handle processing of very long tweet chains (for example, reaching several hours of gameplay). It might get problematic if suddenly, too many people start playing the game, in which case the 1 reply per 36 seconds limit would make things pretty slow. But I guess there is no way around this short of using multiple Twitter accounts.

A copy of the entire state tree is maintained in a sister repository:

The repository is automatically updated every 15 seconds with any new nodes that might have been generated. This allows all @tweet2doom data to be explored and processed by anyone. The repository also contains a few scripts and tools. For example, the state explorer is implemented here.

These are the instructions included in the ROOT tweet as images. The images are generated using simple Bash scripts. The state tree ASCII diagram is partially created using https://dot-to-ascii.ggerganov.com 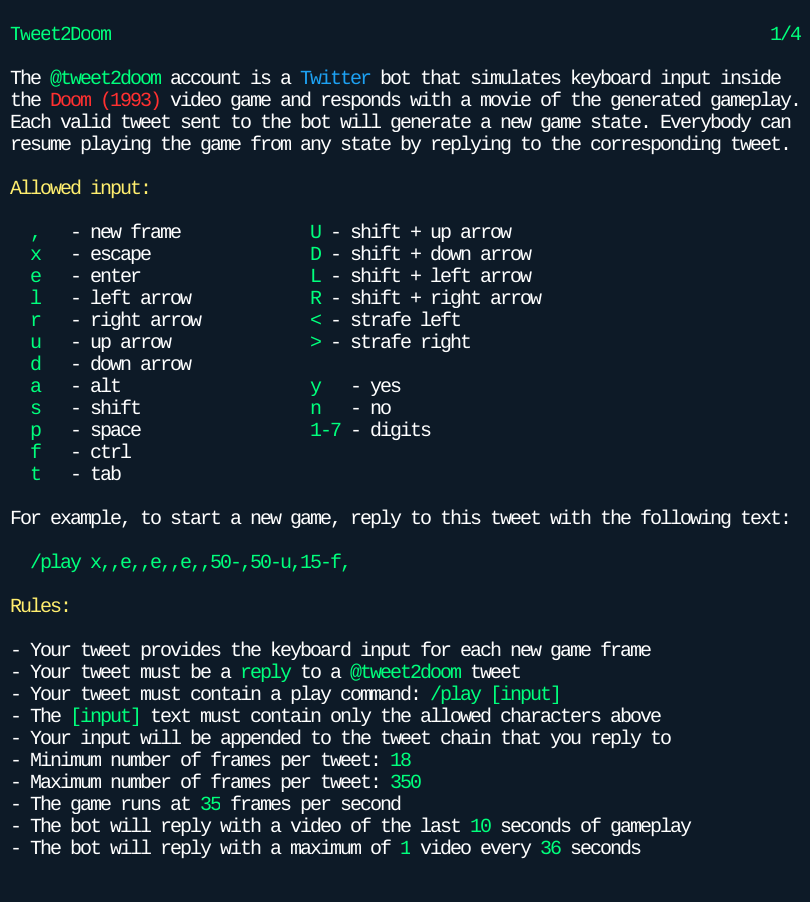 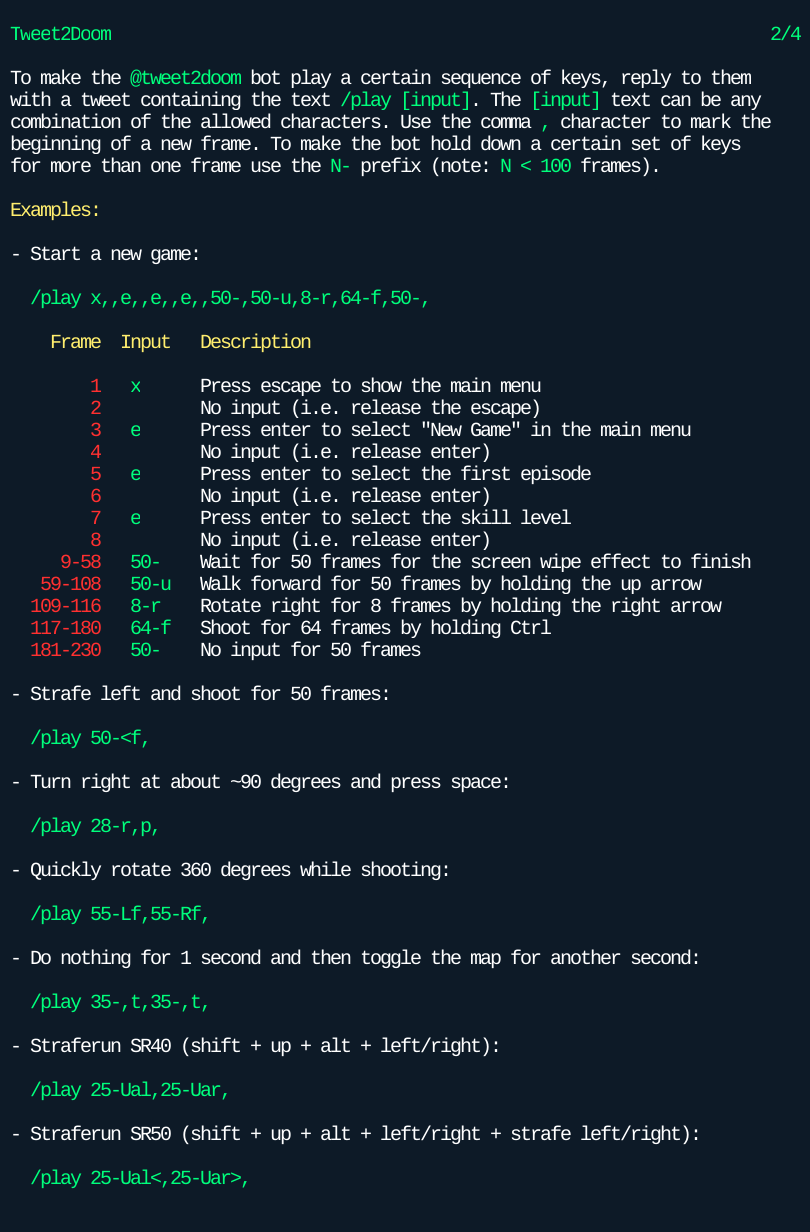 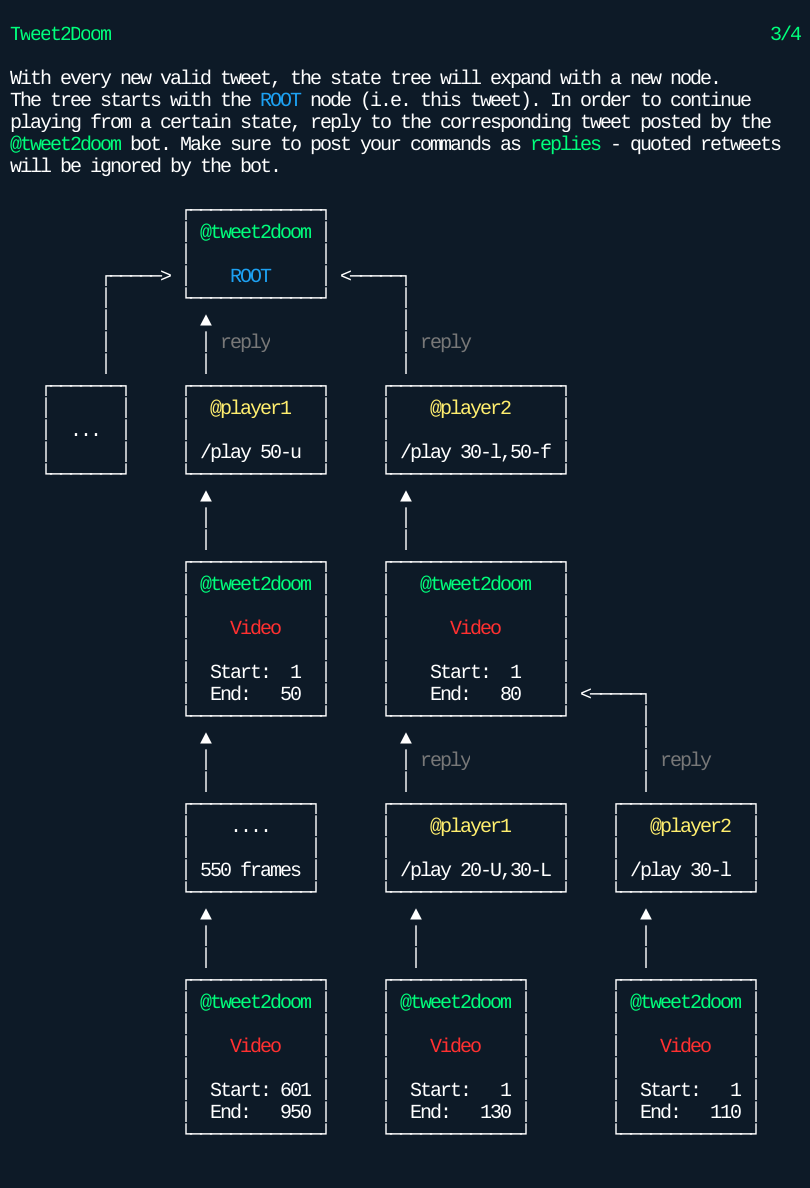 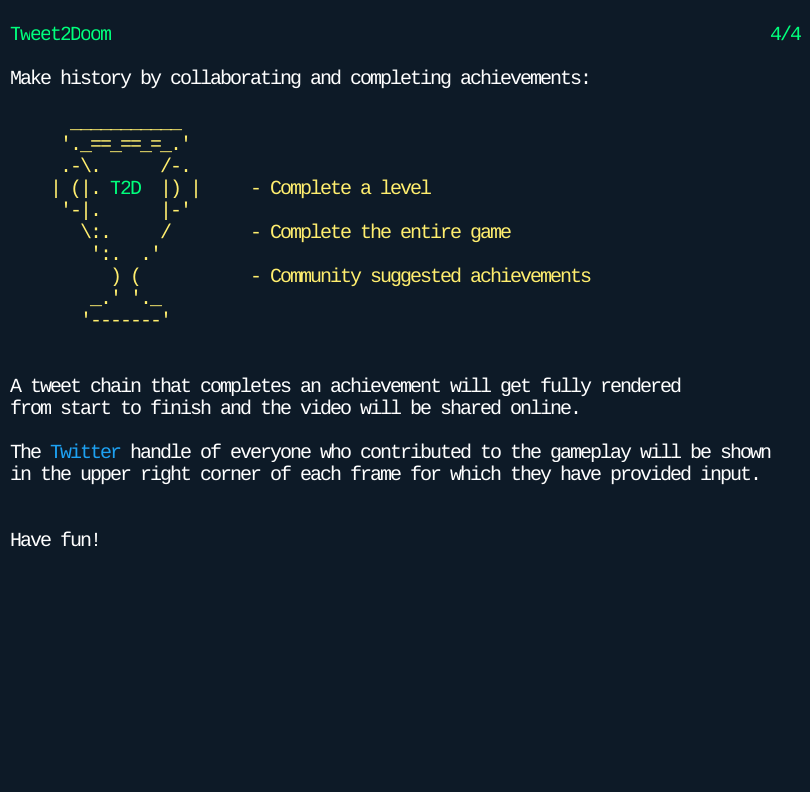 Overall this was a very fun project to work on. I dived into Doom's source code, understood better why this game was such a turning point in the game industry and also implemented my first Twitter bot. Everything started 2 weeks ago with a "brilliant" idea to run Doom on Twitter :) I still think it could be a fun collaborative activity if more people give it a try... although, it does require a lot of patience to play the game like this :D

If you found this idea interesting, please let me know what you think. Would love to hear any comments or suggestions!