JetBrains Mono: a typeface made for developers 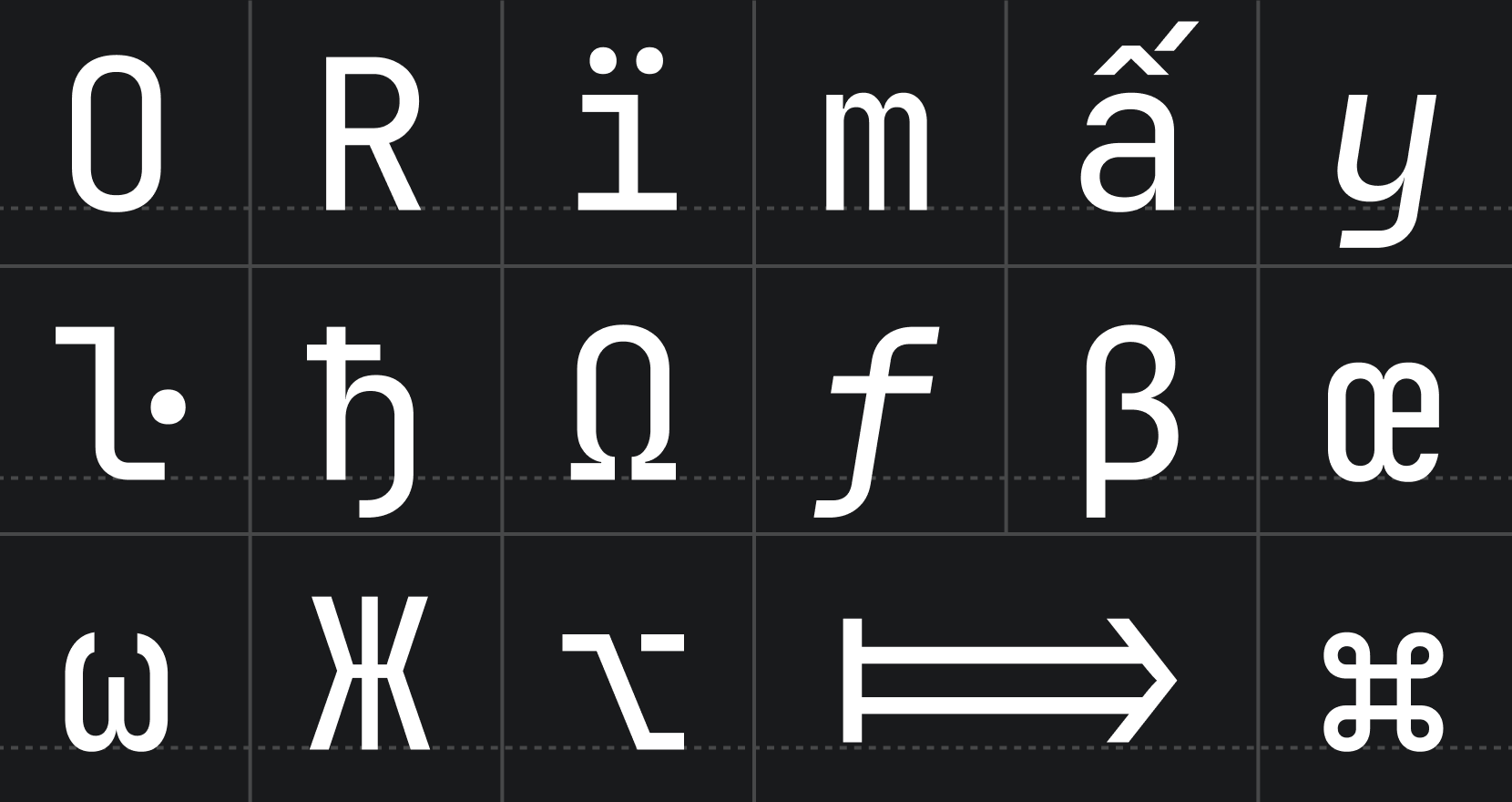 JetBrains Mono is available as a standalone download, and is also bundled in all JetBrains IDEs. Discover more font features & design on its web page.

Default version of JetBrains Mono comes with OpenType features and ligatures (which can always be toggled on & off in the settings). If your IDE doesn’t support OpenType, use a special version of the font — JetBrains Mono NL, which doesn’t include any ligatures.

The most recent version of JetBrains Mono ships with your JetBrains IDE starting with v2019.3.

Note: If you have previously installed JetBrains Mono, please uninstall all previous versions to exclude conflicts and errors in rendering.

Open a terminal and run the following:

Once JetBrains Mono is installed in your OS, you are ready to configure the editor.

There are 8 font styles available in JetBrains Mono, from Thin to ExtraBold, each coming with its own italic version. 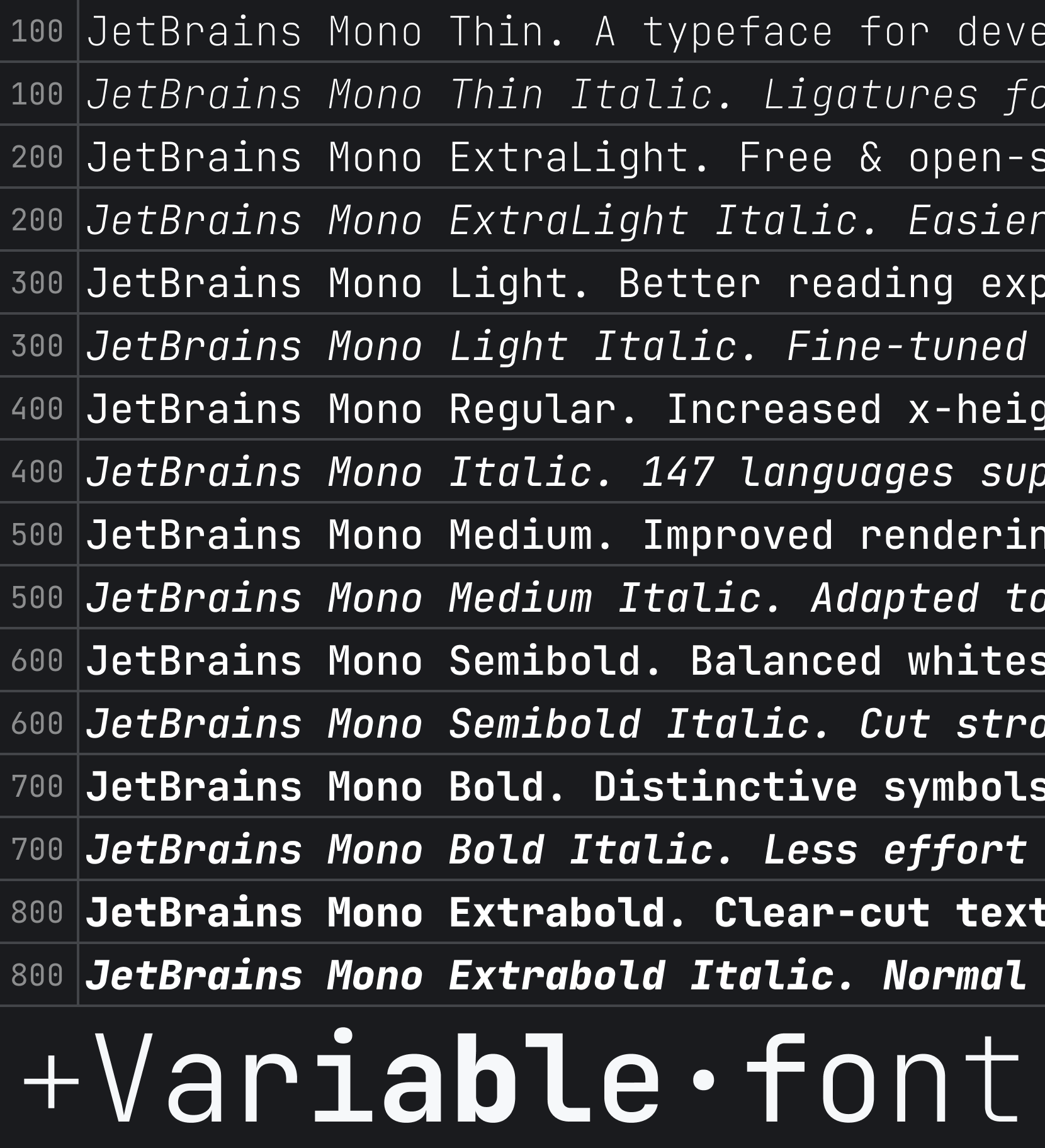 While characters remain standard in width, the height of the lowercase is maximized. This approach keeps code lines to the length that developers expect, and it helps improve rendering in small size, since each symbol occupies more pixels.

A ligature is a character consisting of two or more joined symbols. Traditionally, it was introduced as a space-saving technique in printed texts. In code, this technique is adopted to show operators and is used mainly for two purposes:

Note: if your IDE doesn’t support OpenType features and ligatures, use JetBrains Mono NL instead. 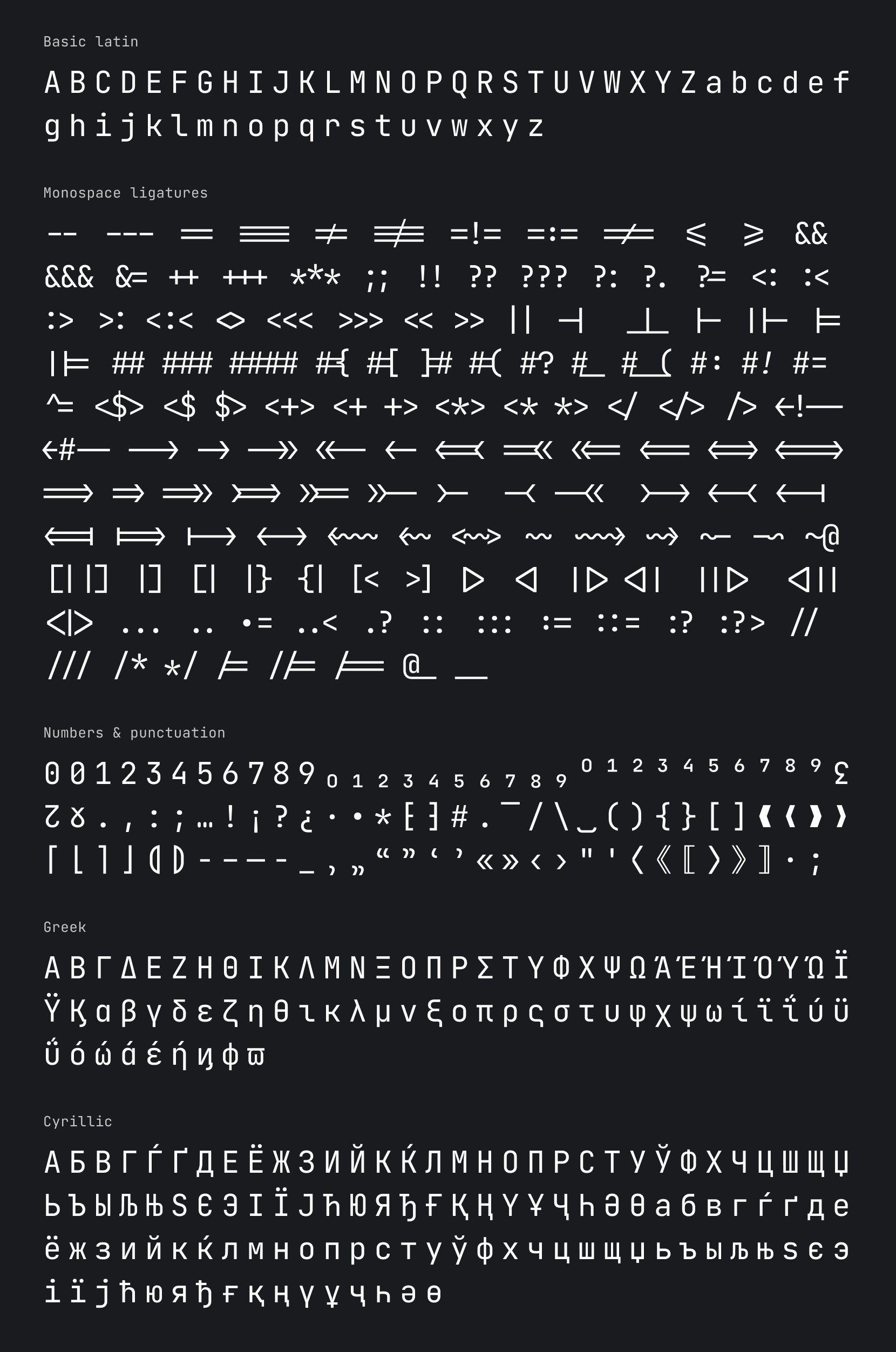 You can find full JetBrains Mono character set on our wiki page.

The source files can be found in the "Source" folder. To open them you will need Glyphs app.
To build the .ttf, .otf, woff2 & variable .ttf you will need:

JetBrains Mono typeface is available under the OFL-1.1 License and can be used free of charge, for both commercial and non-commercial purposes. You do not need to give credit to JetBrains, although we will appreciate it very much if you do.

The source code is available under Apache 2.0 License

JetBrains Mono – the free and open-source typeface for developers