This repo contains code to train and interface with a deconvolution network adapted from this paper to generate faces using data from the Radboud Faces Database. Requires Keras, NumPy, SciPy, and tqdm with Python 3 to use.

A blog post describing this project can be found here.

You can specify the number of deconvolution layers with -d to generate larger images, assuming your GPU has the memory for it. You can play with the batch size and the number of kernels per layer (using -b and -k respectively) until it fits in memory, although this may result in worse results or longer training.

Using 6 deconvolution layers with a batch size of 8 and the default number of kernels per layer, a model was trained on an Nvidia Titan X card (12 GB) to generate 512x640 images in a little over a day.

To generate images using a trained model, you can specify parameters in a yaml file and run:

There are four different modes you can use to generate images:

You can find examples of these files in the params directory, which should give you a good idea of how to format these and what's available.

Interpolating between identities and emotions:

Interpolating between orientations: (which the model is unable to learn) 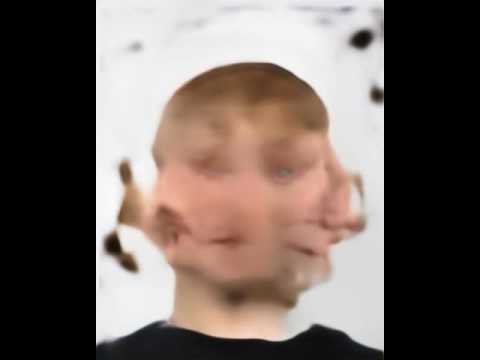