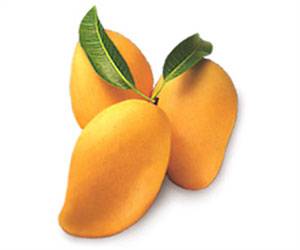 NOTE: This is the legacy version of mangos (v1). Users are encouraged to use mangos v2 instead if possible. No further development is taking place on v1.

Package mangos is an implementation in pure Go of the SP ("Scalability Protocols") messaging system. This makes heavy use of go channels, internally, but it can operate on systems that lack support for cgo.

The reference implementation of the SP protocols is available as nanomsg™; there is also an effort to implement an improved and more capable version of nanomsg called NNG™.

The design is intended to make it easy to add new transports with almost trivial effort, as well as new topologies ("protocols" in SP terminology.)

At present, all of the Req/Rep, Pub/Sub, Pair, Bus, Push/Pull, and Surveyor/Respondent patterns are supported.

Additionally, there is an experimental new pattern called STAR available. This pattern is like Bus, except that the messages are delivered not just to immediate peers, but to all members of the topology. Developers must be careful not to create cycles in their network when using this pattern, otherwise infinite loops can occur.

Supported transports include TCP, inproc, IPC, WebSocket, WebSocket over TLS and TLS over TCP. Use addresses of the form "tls+tcp://:" to access TLS. Note that ipc:// is not supported on Windows (by either this or the reference implementation.) Forcing the local TCP port in Dial is not supported yet (this is rarely useful).

Basic interoperability with nanomsg and NNG has been verified (you can do so yourself with nanocat and macat) for all protocols and transports that NNG and nanomsg support. Additionally there are a number of projects that use the two products together.

There is a third party experimental QUIC transport available at quic-mangos. (An RFE to make this transport official exists.)

If you find this useful, I would appreciate knowing about it. I can be reached via my email address, garrett -at- damore -dot- org

After this command mangos is ready to use. Its source will be in:

You can use go get -u -a to update all installed packages.

For docs, see http://godoc.org/nanomsg.org/go-mangos or run:

This package supports internal self tests, which can be run in the idiomatic Go way. (Note that most of the tests are in a test subdirectory.)

There are also internal benchmarks available:

Some examples are posted in the directories under examples/ in this project.

These examples are rewrites (in Go) of Tim Dysinger's Getting Started with Nanomsg.

godoc in the example directories will yield information about how to run each example program.

mangos™, Nanomsg™ and NNG™ are trademarks of Garrett D'Amore.