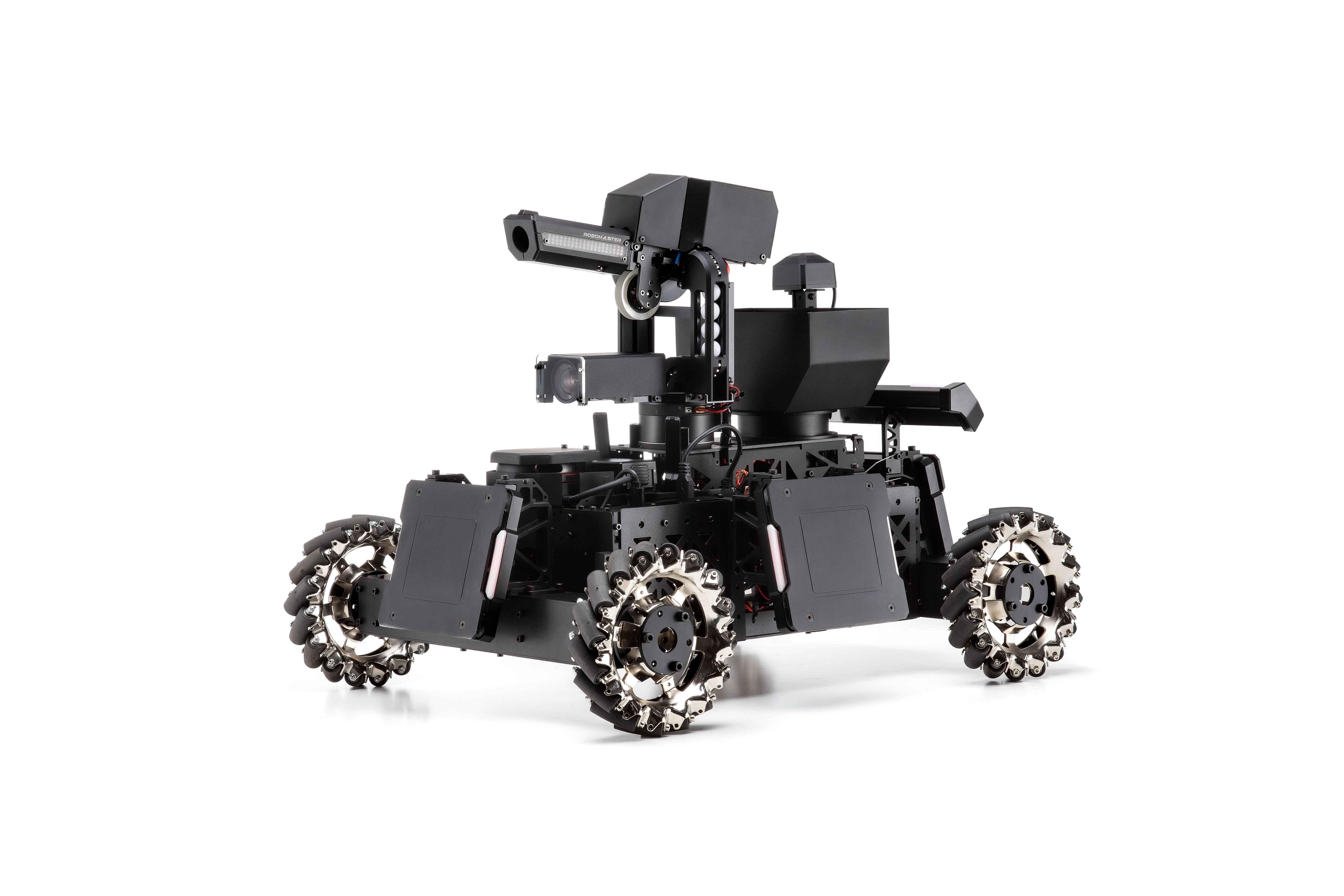 The autonomous mobile robot layer alone can let a robot, offically supported for RoboMaster AI Robot platform, to demonstrate a certain level of intelligence. On its on-board computer runs perception, motion planning, decision modules. It is fully supported in ROS with community driven as well as platform-customized codes and examples. On its MCU, an RT low-level robot controller is implemented to govern the robot driving system.

RoboMaster holds AI Challenge since 2017. In the challenge, multiple robots should fight with each other on a game field automatically under different rules.

For more information, please refer to