As asked by @adriandotgoins, I thought I'd share how I set up my Kubernetes personal playground (a WIP), and share my personal experience with the OVH Incident. Hopefully this might be useful for someone, and it gives me a chance to contribute back to the CNCN community.

As I'm on a tight cloud budget (after some unfortunate accidents ), I usually go with the minimum 2 control nodes and 4~5 worker nodes, an HA external Postgres DB for k3s, an external LB (Nginx or HAproxy, I don't need HA LB for now), and a control node to serve as rebound for ssh and admin stuff. I usually try to spread those nodes across multiple providers / locations within the constraints of my budget. 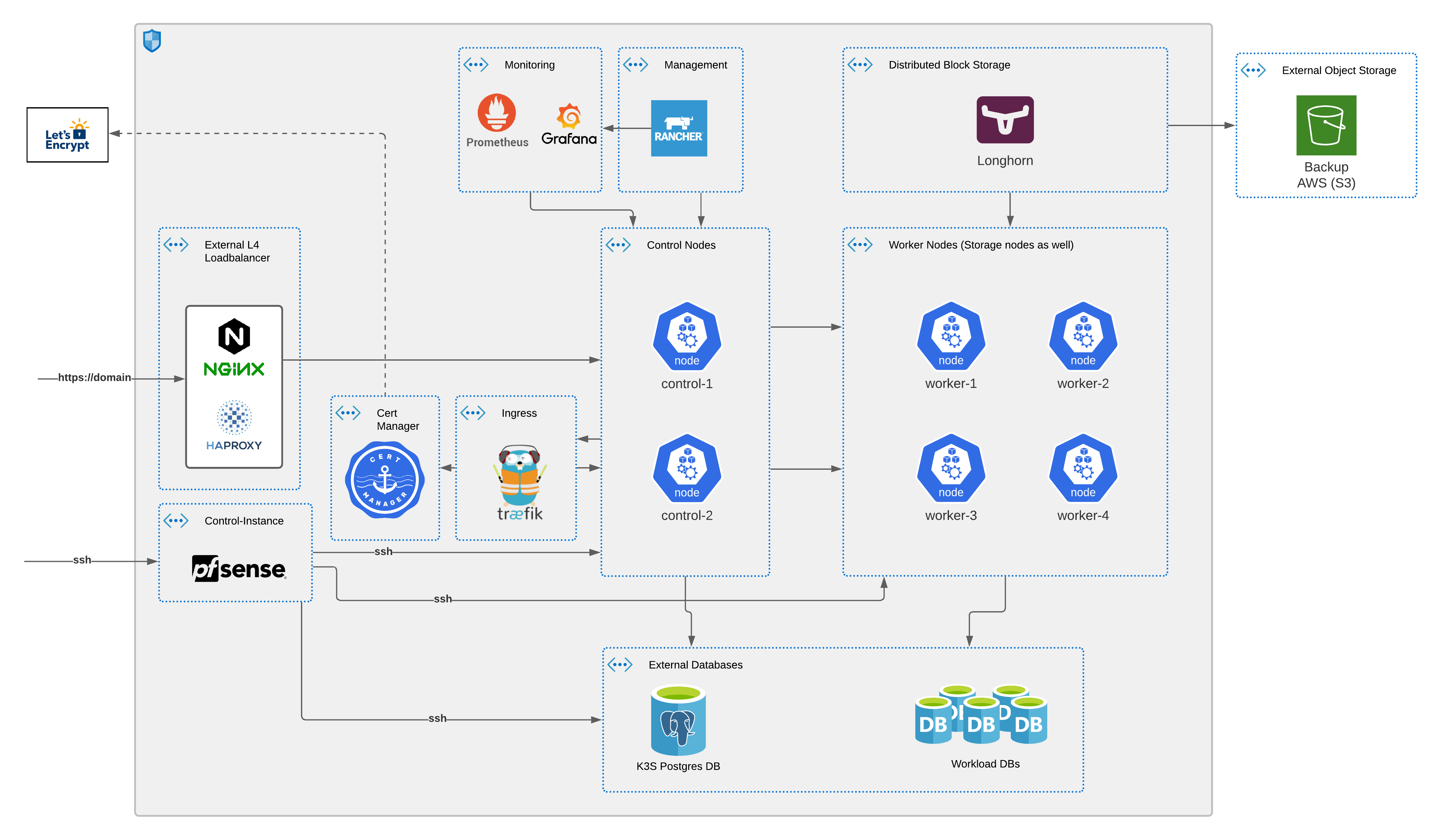 K3s is currently my by-default option for kubernetes, I mainly rely on Rancher documentation to get going, with some adjustment that suit my needs. I summed up my step by step install here.

I eventually moved to a faster more streamlined way of installing a cluster with ansible, using this ansible-role as base (I add custom stuff), and to save you some time here is the playbook i run it with.

You need to feed it an inventory that looks like this:

Your can go for the documentation of each solution to install, or use my ansible playbook here. First customize the values in here.

After the OVH data-center @Strasbourg burner down, 3 of my nodes went down with it, 2 workers and a db replica, so out of the 4 workers I had only 2 were up (as they were hosted @Gravelin datacenter).

My first mistake was to put 2 nodes at Strasbourg and 2 at Gravelin, I should have gone for a different location for each node, since my worker nodes were also my data storage nodes. That being said, it took kubernetes some time to recover. I haven’t yet taken time to look into the k8s docs, to understand how long it waits for nodes to recover before it tries to reschedule certain workloads on available nodes. Deleting the nodes manually usually helps speed up the process. 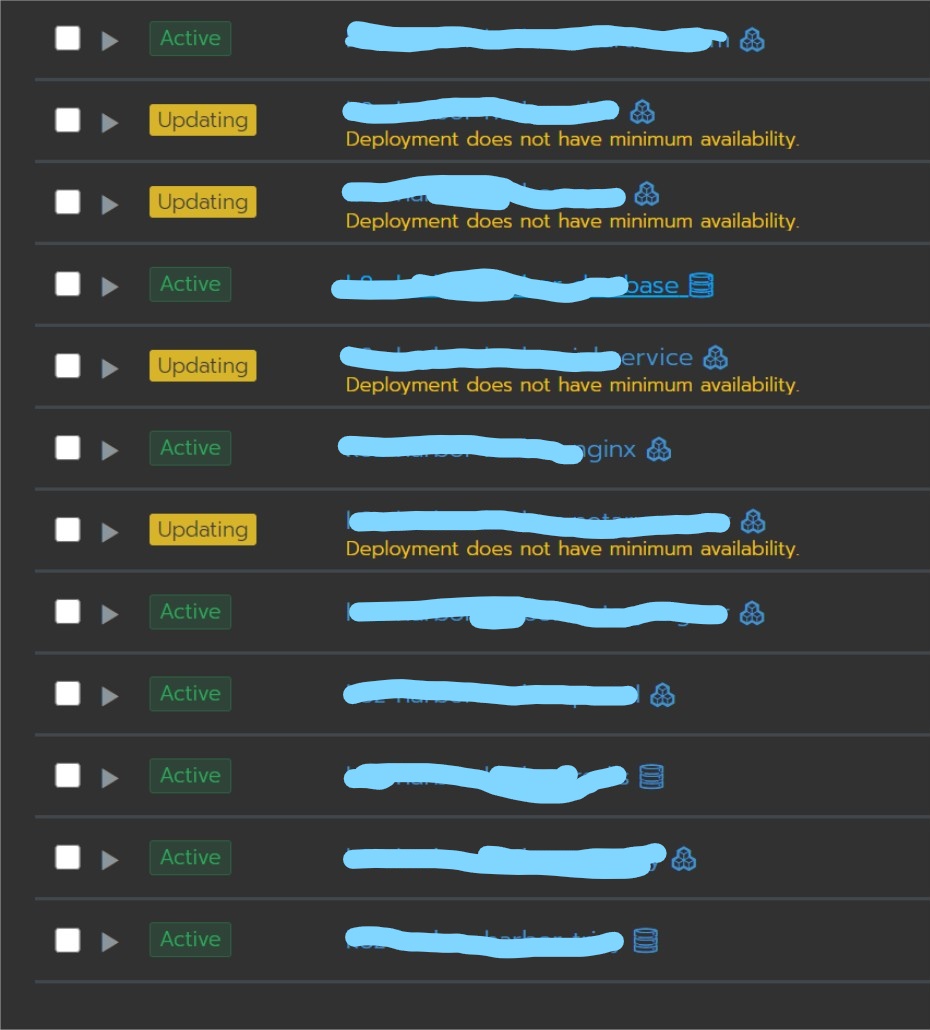 But most of my workloads that relied on data persistence were struggling to go back up.

My second mistake was not having an odd number of worker nodes. The default longhorn replica count is 3, with only 2 available nodes the volumes were failing to mount.

Thankfully longhorn has an option allowing scheduling on the same node.

After that was ticked the missing replicas were recreated, and my workloads were back up. Not losing any data in the process. 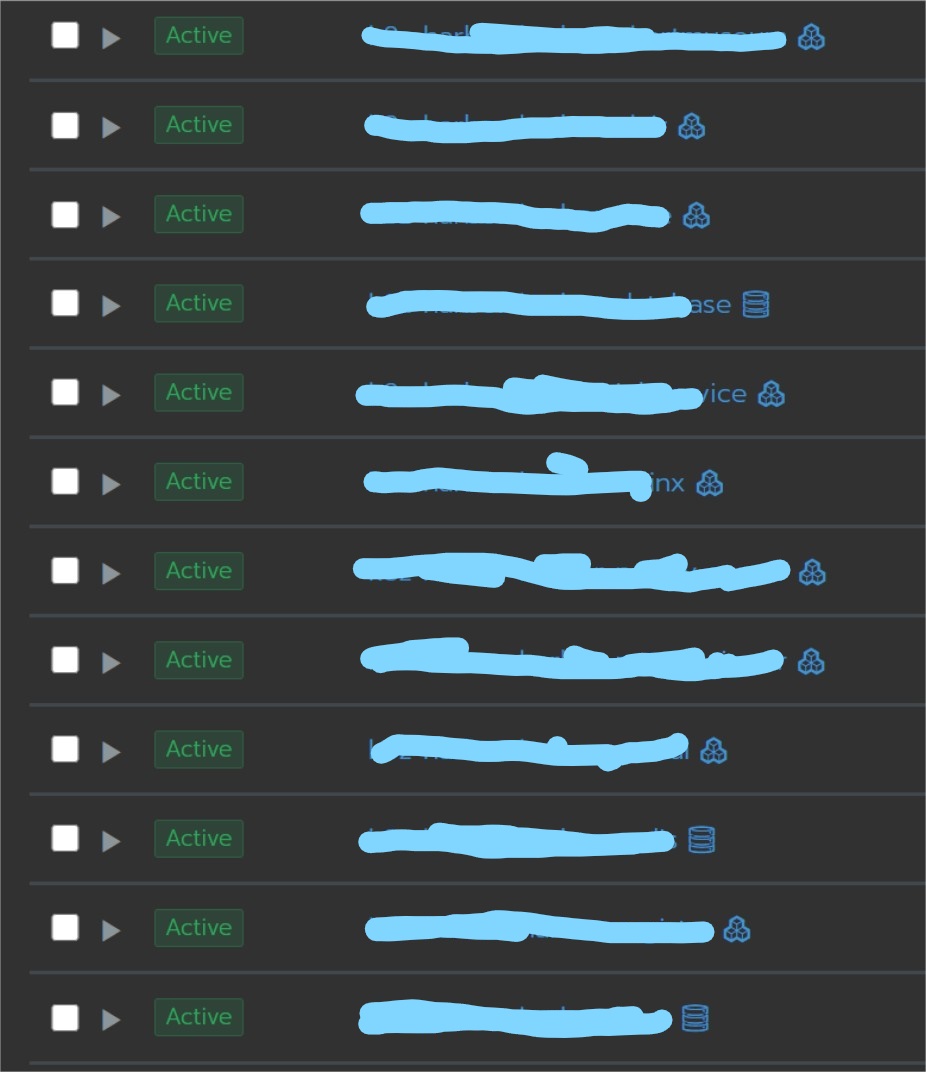 I eventually provided 2 new worker nodes and disabled the Soft anti-affinity option, and got back to a normal setup. I also do have a safety option that is the backup to aws S3 provided by Longhorn. Which can be tricky to do, when restoring to new nodes but definitely a must-have, since S3 storage is rather cheap. I'm currently looking into the Rancher backup option as well as Velero for overkill.