Applications are systems. Systems are fascinating entities, and one of their characteristics is that we can observe them. Read more about that here.

Some time ago, I wrote this toy application called BirdWatch. The first and very basic version was using Scala on the server side and Knockout on the client. The next version was then using AngularJS on the client side, followed by another client in React.js. Then, I fell in love with Clojure. So I wrote the application again, this time with the backend written in Clojure and the frontend written in ClojureScript. It was the first application I had ever written in Clojure. While it worked well, it was a bit of an entangled mess (and hard to maintain). When I discovered Stuart Sierra's component library, I thought this could be a way to get more structure into my system. But it wasn't solving many of the problems that I had. Instead, I wanted to build a different kind of system, one that is primarily messaging-driven, spans multiple machines (such as web client and a server, or also multiple machines on the server side) and that uses core.async for message conveyance. I thought there must be another way to do it, but I didn't find an existing library. Also, at the time, the component library only worked on the server side, whereas I thought that communicating subsystems are a universal thing, not only something that one finds on a server. So I thought, why not write a library that solves my problems, one that works on both client and server? Then came along a consulting gig that allowed me to explore the problem while we wrote a commercial application with it. 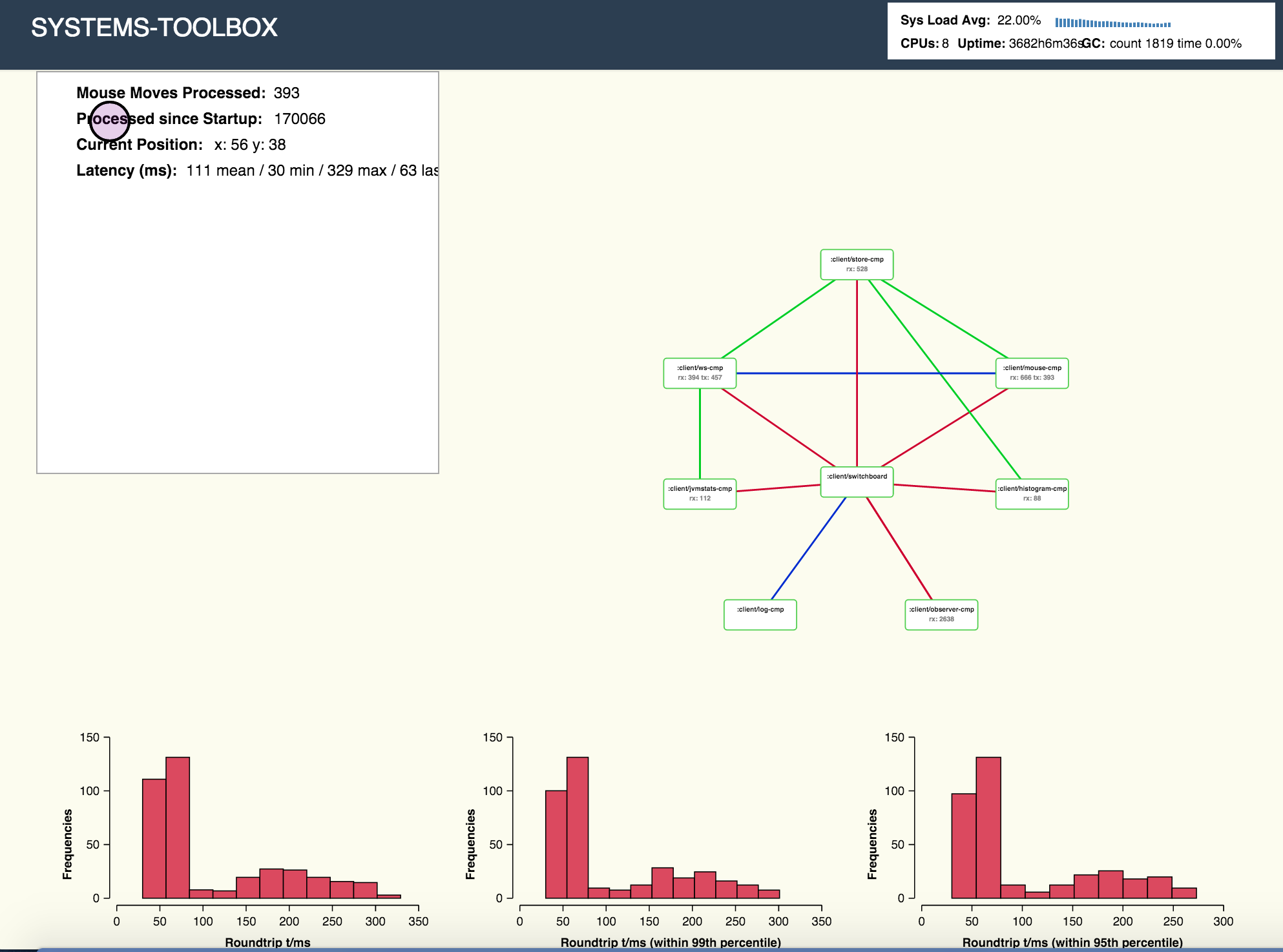 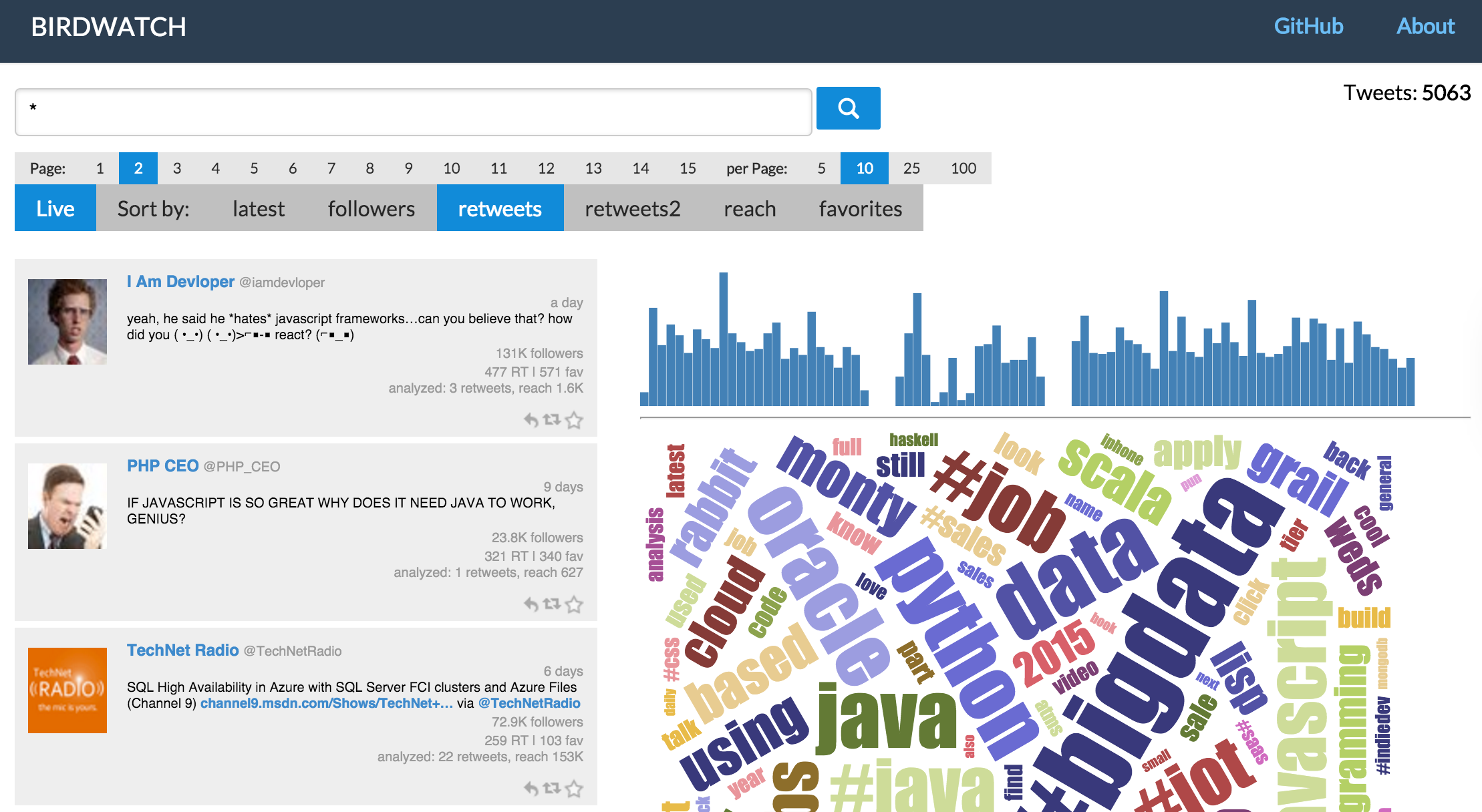 We use this project at my current consulting gig to build a system that spans both the browser and a backend.

Also, applications built with it appear to be quite stable. At the time of this writing, the demo instance of BirdWatch has been up and running for the past 2887 hours without problems, during which it processed more than 25 million tweets. Funny that the resulting string for the uptime duration is slightly longer than anticipated:

Same thing when looking at the library's sample application, only that the uptime here has been longer still at the time of this writing, as you can see in the screenshot above.

This project is quite young and APIs may still change. However, you can expect that minor version bumps do not break your existing system. .

Distributed under the Eclipse Public License either version 1.0 or (at your option) any later version.

Tools and building blocks for building Systems in Clojure