Good SW engineering practice seeks to achieve a Separation of Concerns. As of 10th of August 2020, the 'normal' SwiftUI approach to integration of Core Data involves data operations (using @FetchRequest and Core Data's Managed Object Context) within the immediate hierarchy of the View components that consume and create that same data.

As convenient as it is to work with initially (particularly @FetchRequest) - splattering Core Data and associated processing throughout an application's UI components disobeys the Separation of Concerns and is liable to result in apps that are difficult maintain.

Alongside the conventional @FetchRequest/MOC approach for comparison, this project demonstrates how Core Data can be handled within an app's model, thereby separating data and UI concerns, while still maintaining ease of use.

Should run on any iOS 14+ simulator or device.

When it runs, the app will display summary data about the number of Item entities it has in the system in various View components. 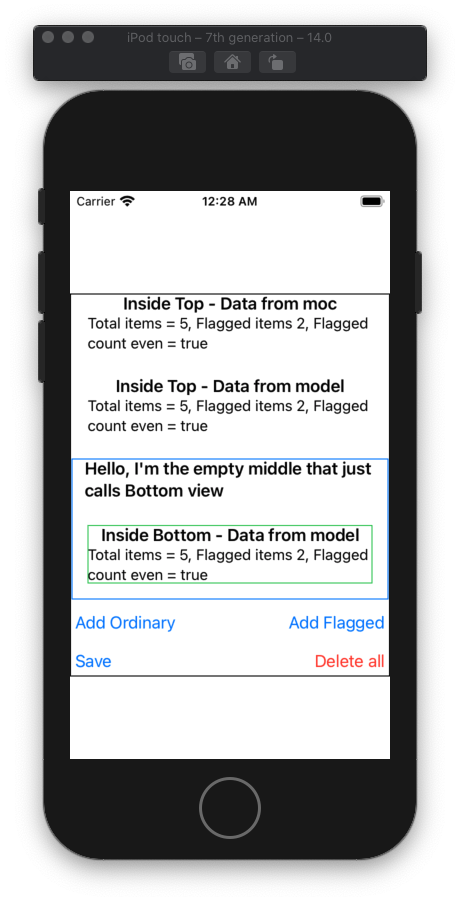 Components are named after how they get their data, I.e. either from:

When normal and flagged Items are Added, the data across all of the View components should remain the same.