As of today, this script create dependency graphs of D3 modules, for d3 version 4+. In the future it might support generic npm modules.

Focusing on a certain release of a d3 module, you can visualize its dependencies tree and the modules that depends on the focused release. 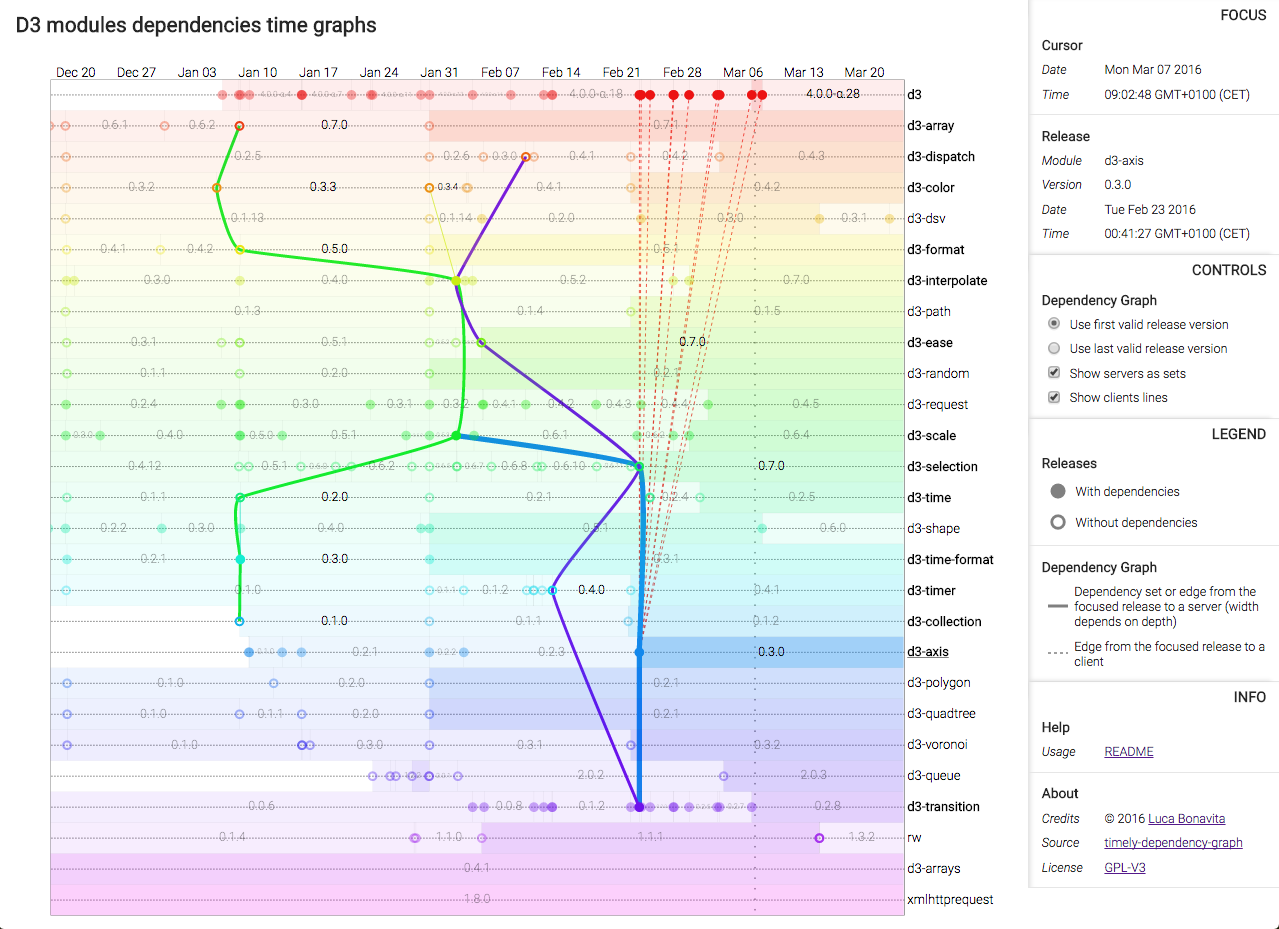 (this will most certainly change in the future)

Shows graphs elements representation associated with their meaning. Well, it's a legend :)

To run it locally