This README is being written.

(TODO write some notes on make variables and cross-compiling)

Needs to be written. Consult ui.h and the examples for details for now.

libui was originally written as part of my package ui for Go. Now that libui is separate, package ui has become a binding to libui. As such, package ui is the only official binding.

Other people have made bindings to other languages: 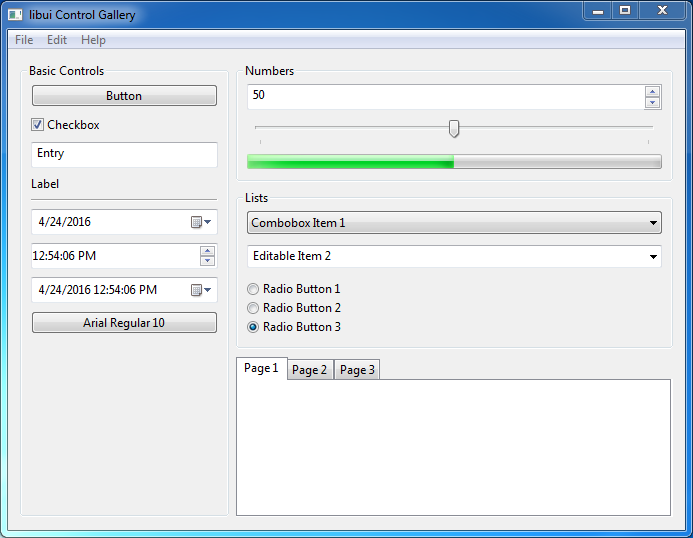 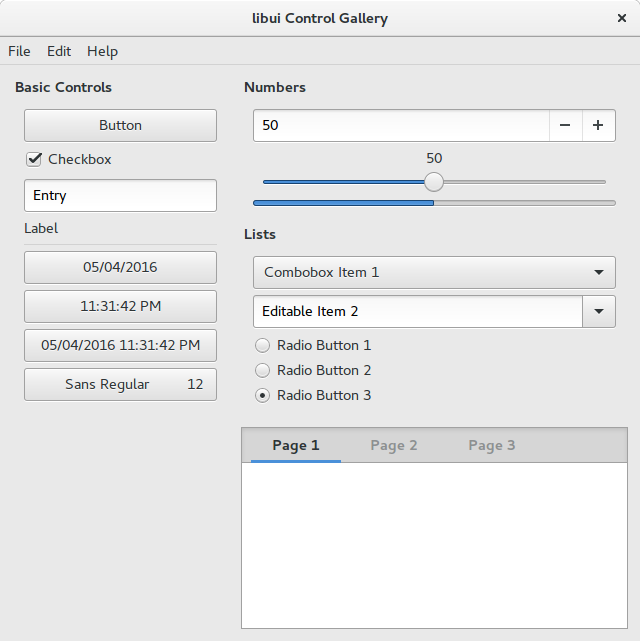 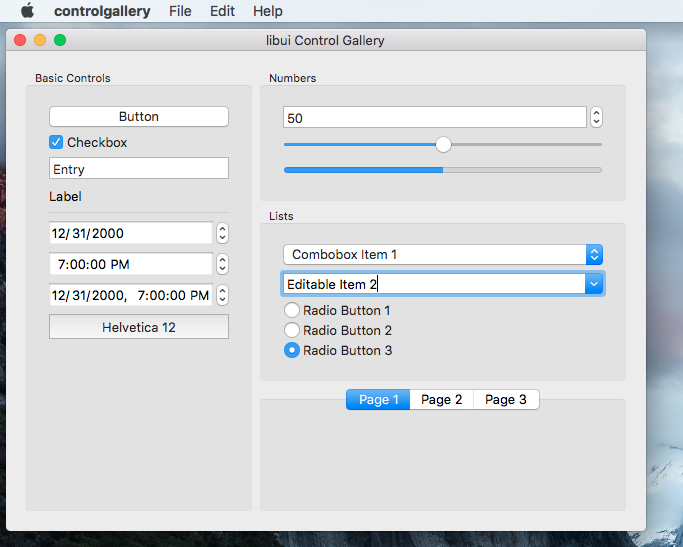 Simple and portable (but not inflexible) GUI library in C that uses the native GUI technologies of each platform it supports.