What is Design Pattern?

A best practice is a technique or methodology that, through experience and research, has proven to reliably lead to a desired result.

1) What is Strategy Pattern? (Keyword: Selection)

The strategy pattern (also known as the policy pattern) is a behavioural software design pattern that enables an algorithm's behavior to be selected at runtime.

The adapter pattern is a software design pattern (also known as Wrapper, an alternative naming shared with the Decorator pattern) that allows the interface of an existing class to be used as another interface. It is often used to make existing classes work with others without modifying their source code.

To satify the requirement, we have to modify requirement or already exist function code.

The template method pattern is a behavioral design pattern that defines the program skeleton of an algorithm in an operation, deferring some steps to subclasses. It lets one redefine certain steps of an algorithm without changing the algorithm's structure. 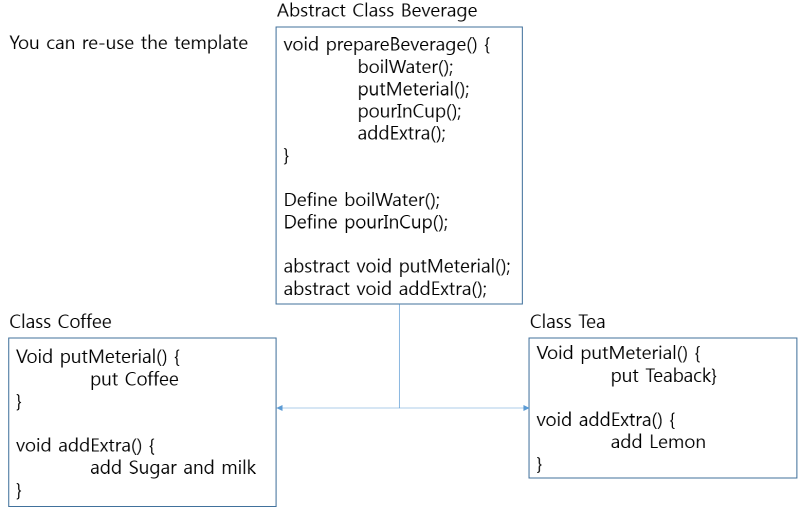 1) What is Decorator Pattern? (Keyword: Addition)

The decorator pattern (also known as Wrapper, an alternative naming shared with the Adapter pattern) is a design pattern that allows behavior to be added to an individual object, either statically or dynamically, without affecting the behavior of other objects from the same class. The decorator pattern is often useful for adhering to the Single Responsibility Principle, as it allows functionality to be divided between classes with unique areas of concern

1) What is Singleton Pattern? (Keyword: restriction, only one)

The singleton pattern is a software design pattern that restricts the instantiation of a class to one object. This is useful when exactly one object is needed to coordinate actions across the system. The concept is sometimes generalized to systems that operate more efficiently when only one object exists, or that restrict the instantiation to a certain number of objects. The term comes from the mathematical concept of a singleton. 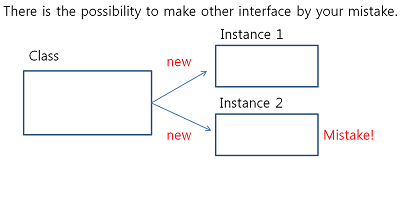 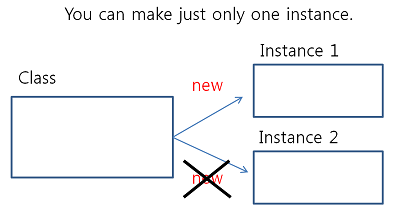 The Facade design pattern is often used when a system is very complex or difficult to understand because the system has a large number of interdependent classes or its source code is unavailable. This pattern hides the complexities of the larger system and provides a simpler interface to the client.

The observer pattern is a software design pattern in which an object, called the subject, maintains a list of its dependents, called observers, and notifies them automatically of any state changes, usually by calling one of their methods. It is mainly used to implement distributed event handling systems. The Observer pattern is also a key part in the familiar model–view–controller (MVC) architectural pattern.